Do You Know Zoya Nasir Is The Daughter Of This Famous Personality?

Do You Know Zoya Nasir Is The Daughter Of This Famous Personality?

Many hidden facts about the emerging star Zoya Nasir have been coming to light ever since the actress got engaged to her beau vlogger Christian Betzmann,  who converted to Islam to get married to Zoya.

The 30-year-old actress has always been sharing adorable photos with her beau Christian.

This time a new fact about the actress has shocked the world as she turned out to be the daughter of renowned writer, songwriter, film story, and dialogue writer Nasir Adib. 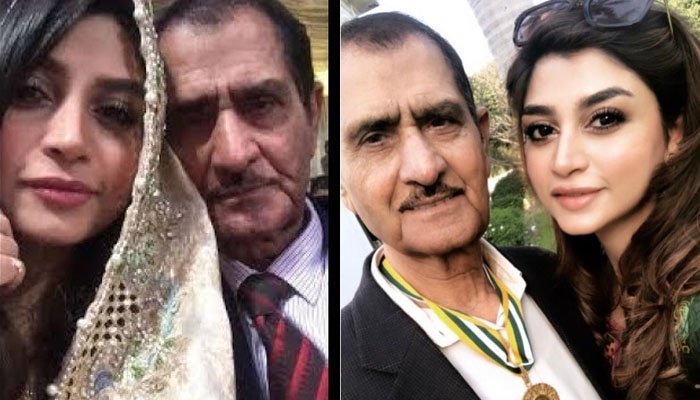 Renowned writer Nasir Adib has the honor of writing 412 films, including the most successful film like Mula Jutt.

Not only that, but Nasir Adib, the father of Zoya Nasir, wrote his first film for the big screen at the age of 30, ‘Wahshi Jutt’.

Nasir Adib was also awarded the Medal of Excellence in 2019.

It is worth mentioning here that Nasir Adib had announced to offer his services free of cost for the revival of the Pakistani film industry. He made this decision to bring filmmakers towards production.

Zoya is a Pakistani actress, model, and beautician. She made her acting debut with a crime drama “Hania” and later she engraved her name with a stellar performance in Deewangi. Zoya is currently working in the drama serial Zebaish in the role of Natasha.

It should be mentioned here that Young Pakistani actress Zoya Nasir got engaged to vlogger Christian Betzmann in February 2021.

When Will Zoya Nasir Get Married? Find Out!

After seeing photos of black-clad Afghan women in full face veils at...