The 37-year-old midfielder, who has been at Reading since 2017, made 172 appearances in England, including playing in three World Cups.

She helped Leoaice to finish third at the 2015 World Cup and second at Euro 2009, and also played for Great Britain during the London 2012 Olympic Games.

His club-level honors include winning two women’s Super League titles with Liverpool and the FA Cup with Everton and Arsenal. 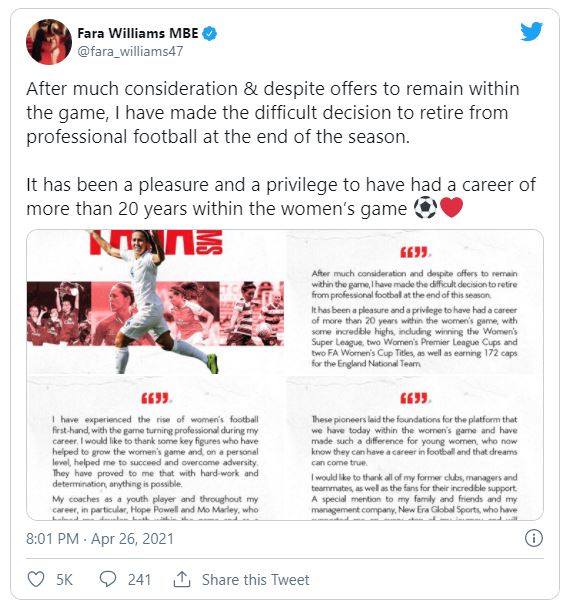 Fara Williams has announced she is to retire at the end of the season.

“After much analysis and despite offers to stay in the game, I made the difficult decision to retire from professional football at the end of the season.