The headline read, “Bella, Gigi and Dua, “Hamas calls for a second Holocaust. Condemn them now.” The ad was in the form of a letter to three prominent stars. The ad was organized, produced and paid for by Rabbi Shamouli Boutich, head of the World Values Network.

The ad, which appeared in the newspaper’s main section on Saturday, called Dua Lipa and the Hadid sisters “mega influencers” who “accused Israel of genocide” and “defamed the Jewish state.” 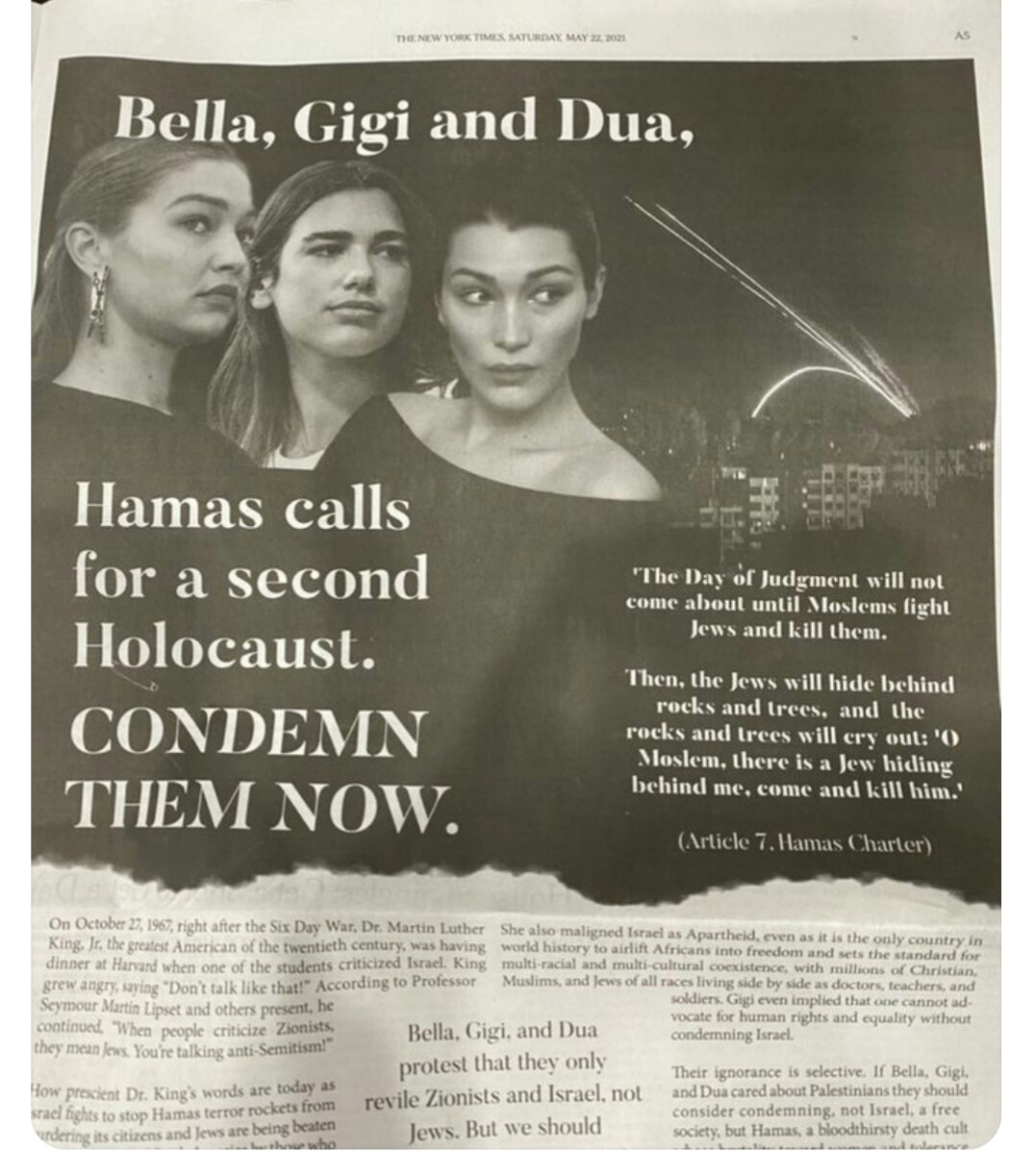 British Albanian pop star Dua Lipa has criticized the organization for keeping records on her social media account and accusing it of being pro-Palestinian and anti-Semitic.

Dua Lipa wrote in a lengthy text to her Twitter and Instagram followers, “I utterly reject the false and appalling accusations.”

“This is the price you pay for defending Palestinian human rights against an Israeli government whose actions both Human Rights Watch and the Israeli human rights group B’Tselem accuse of persecution and discrimination,” she added.

British Albanian pop star Dua Lipa, who is dating Bella and Gigi Hadid’s younger brother Anwar Hadid, said “The World Values Network are shamelessly using my name to advance their ugly campaign with falsehoods… I stand in solidarity with all oppressed people and reject all forms of racism.”

It is noteworthy that after the Israeli Defense Forces raided the Al-Aqsa Mosque and tried to forcibly evict the Palestinians living in the Sheikh Jarrah neighbourhood of Jerusalem, tensions in the area had spread, after which Israel annexed the Palestinian territories in Gaza.

The Palestinian Ministry of Health said on Friday that the death toll since the ceasefire between Israel and Hamas had risen to 248, including 66 children and 39 women.

One of the oldest plants, Aloe Vera is known to provide many...