Some memes are also going viral on the Shah’s new haircut.

Alizeh shared one of these viral memes on her Instagram story and responded to the social media user.

The meme made on the photo of Alizeh short hairs, and a user wrote that “next time she will take military hair cutting.”

While sharing the meme on the Instagram story, Alizeh replied to the user, “Yes, is there any problem.” 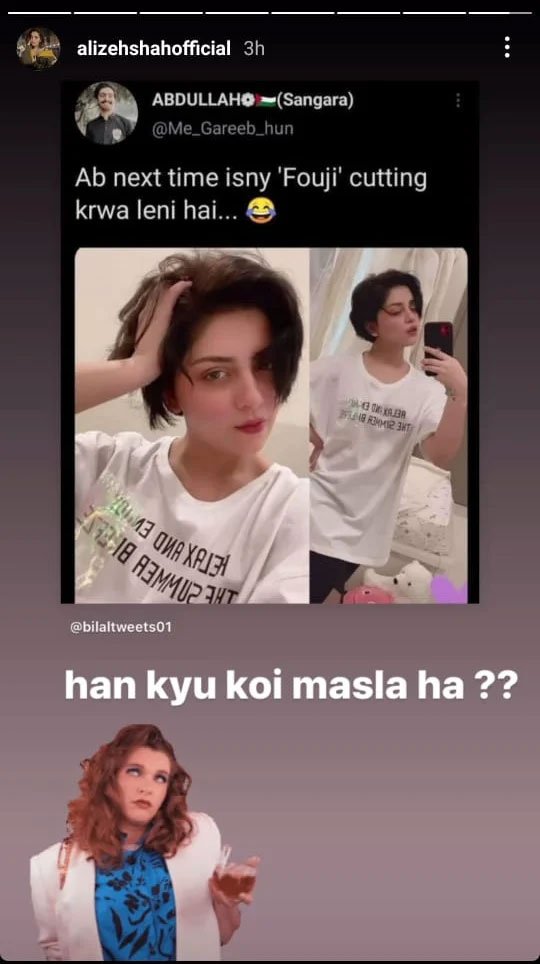 Why Does Yasir Nawaz Regret Working With Alizeh Shah?

Yasir Nawaz and Nida Yasir, one of the famous and adorable showbiz...