Gen Bajwa landed in Turkey for a one-day visit and met senior officials of the country. 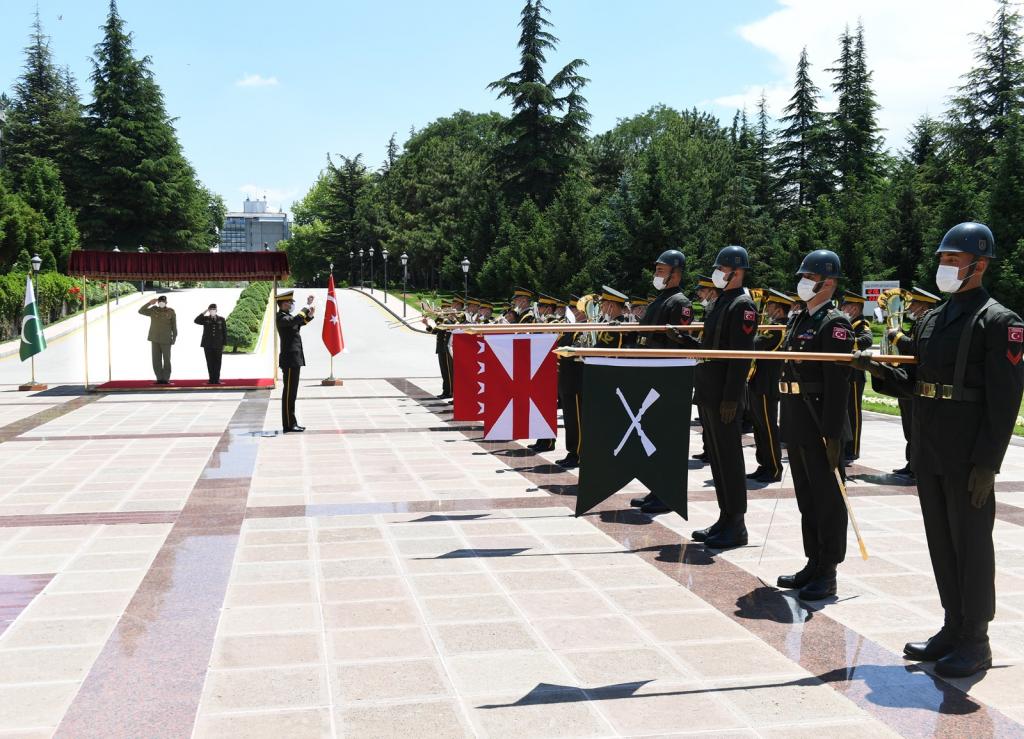 According to the ISPR, the Turkish officials and the army chief discussed matters of joint interests, the district security situation including the current developments in the Afghan peace process, and consensual defense and security cooperation.

ISPR stated that Gen Bajwa appreciated Turkey’s whereabouts with Pakistan, especially the continuing efforts for peace in the region.

“Turkey is one of the key Muslim countries in the region and enhanced Pakistan-Turkey cooperation will have a positive impact on regional peace and stability,” Gen Bajwa told the Turkish officials.

They also promised to continue working on refining relations between the two countries.

Earlier on arrival, Gen Bajwa was also presented a Guard of Honor.