Former special assistant to the prime minister on overseas Pakistanis Zulfi Bukhari and the Foreign Office on Monday has rejected reports demanding that the former assistant of PM Imran Khan had clandestinely visited Israel “to pass on a message of an important person.” 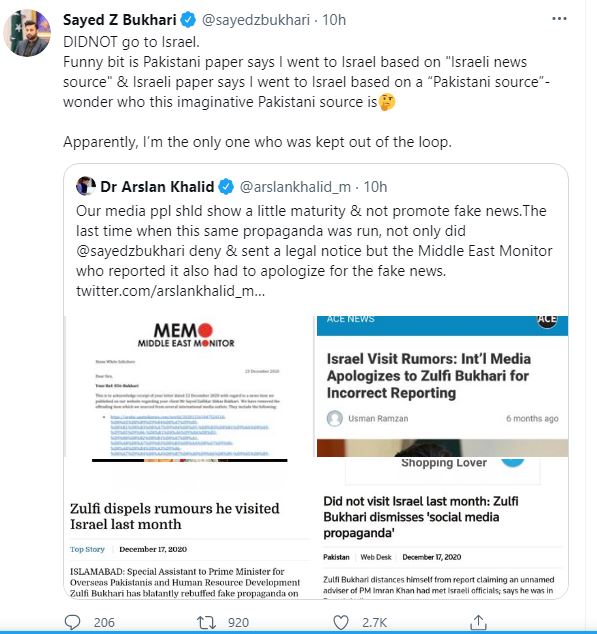 He quipped that “apparently” he was the “only one” who has “kept out of the loop” regarding his visit.

FO rejects report of a visit to Israel

O the contrary, Foreign Office has also precluded the reports regarding Bukhari’s visit to Israel.

“These reports are baseless and misleading. No such visit to Israel has been undertaken,” said FO spokesperson Zahid Hafeez Chaudhri.

He further informed the media that Bukhari has also delivered a rejection of the report.

The spokesperson also said that the FO had also refuted “similar false reports” on December 18 of last year.

The policeman put his life in danger to save the girl from suicide, watch video

A woman filed a lawsuit against her husband for playing PUBG