Taking to Instagram the Fitoor actress shared her response to Sherni on social media.

Katrina heaped praise at both the film and Vidya’s performance.

“What a lovely film such a subtle yet engaging film and the always amazing Vidya Balan is such a joy to watch.” Katrina wrote on an Instagram story that features Vidya from Sherni. 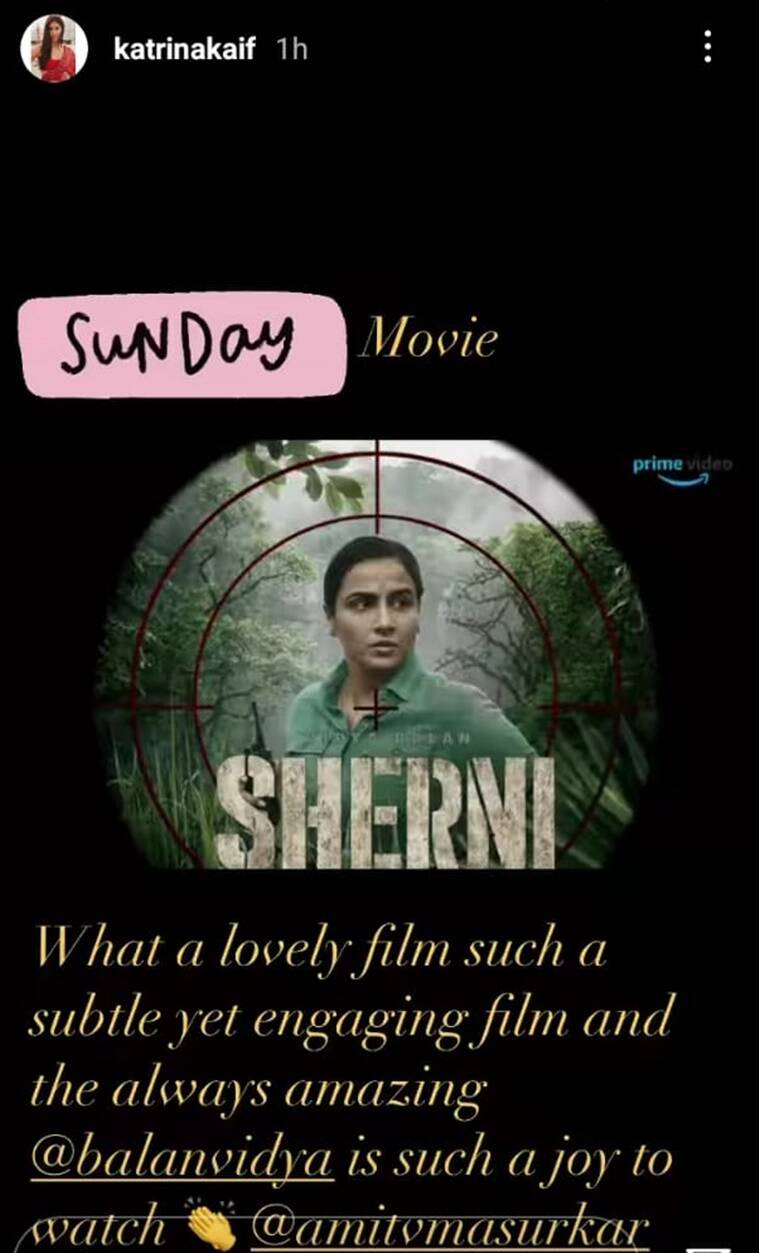 The film, which released on 18 June on Prime Video features, Vidya as a forest officer.

Cloudburst in Islamabad has caused flash floods in different parts of the...