The 23-year-old, has recently opened up in an interview to a British magazine about family and love.

Malala told British Magazine Vogue that as though all her friends are looking for partners, she’s not sure if that’s what she wants.

“I still don’t understand why people have to get married. If you want to have a person in your life, why do you have to sign marriage papers, why can’t it just be a partnership?” she said.

Her views on marriage has met with a mixed reaction from people. Social media users reminding Malala of her Pashtoon origin and calling out for for ‘promoting western culture’. Still, there were many others who defended her against the criticism. 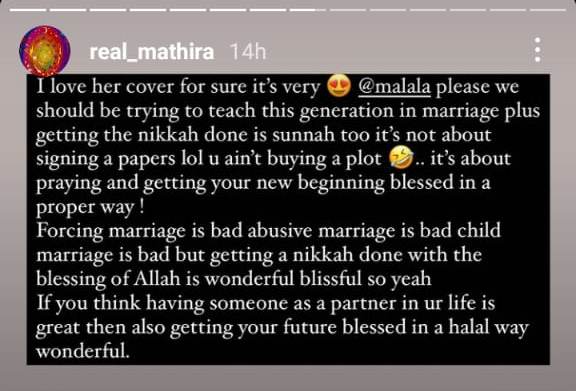 “I love her cover for sure,” said Mathira. But she advised Malala to teach her generation about marriage and remarked that signing nikkah papers is not like “buying a plot”. 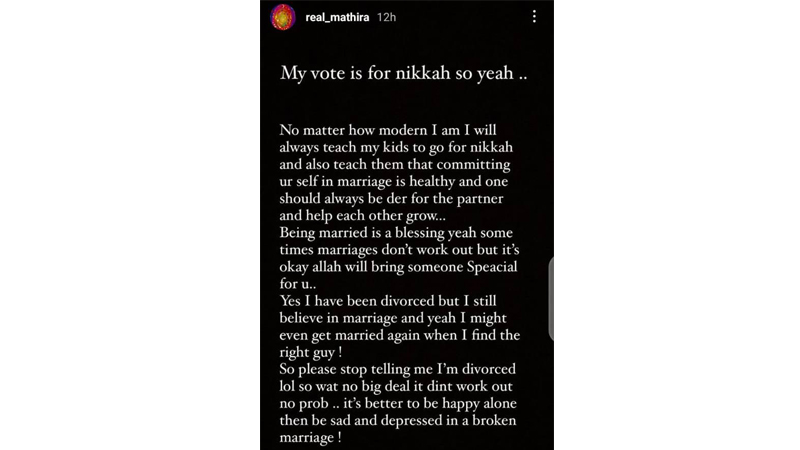 Mathira added although she is divorced, she will tie the knot again if she finds the right man.