KARACHI: The authorities have started offloading fuel from Heng Tong 77, the cargo motor vessel that ran aground to find itself stuck at the Seaview beach in Karachi on July 19.

“Of the 118 tonnes of oil, 15 tonnes have been offloaded,” a KPT source told BOL News, adding that the operation was being carried out smoothly without any hurdles.

The source also said the oil tankers that carry and supply crude oil are operational under the supervision of Pakistan Navy and KPT.

“It is a sigh of relief,” a passerby at the Seaview beach said, adding that hopefully there would be no mishandling during the operation.

Earlier, the authorities also made an “oil containment boom” to avoid any mishap during the handling. 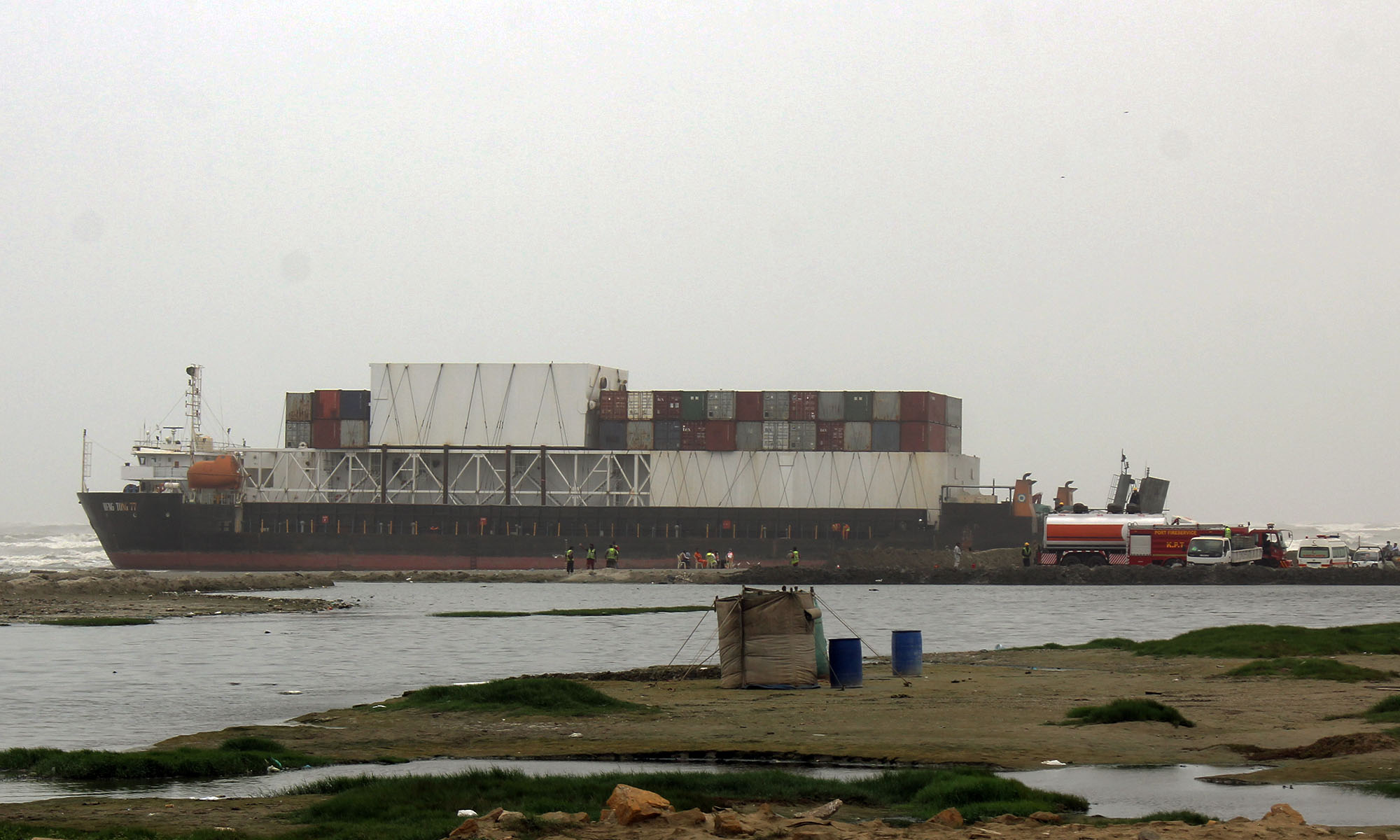 The cargo vessel was travelling to China from Istanbul when a mild sea storm caused it to lose its anchors and it started drifting towards the shore.

The ship, built in 2010, is 98 metres in length and 20 metres wide, with a capacity of 3,600 deadweight tonnage. The vessel was waiting for a crew change outside the Karachi Harbour when the incident occurred.

Moazzam Khan, one of the leading marine experts in Pakistan, told BOL News earlier that after the Tasman Spirit oil spill in 2003, Pakistan Navy and the Karachi Port Trust have equipped themselves with the “oil containment boom” and; therefore, there are a few chances that the beached ship could pose a similar threat.

Special Assistant to the Prime Minister on Maritime Affairs Mahmood Maulvi had also tweeted earlier that the vessel will be moved around August 15.

He assured that all necessary steps are being taken and oil will be removed and taken out from the cargo ship first, while a thorough investigation will be conducted and findings will be made public.