While filming their forthcoming NBC comedy, “Hungry,” Demi Lovato and Valerie Bertinelli seem to have a blast.

In between shots at Hollywood’s Griffith Park in Los Angeles on Wednesday, the actors, who play a mother-daughter duo on the show, were photographed flashing wide smiles.

Demi was photographed wearing a striped blue and pink top, black leggings, and black boots with their new pixie hairstyle.

Lovato, 28, was also seen with a clear shield mask around her neck. 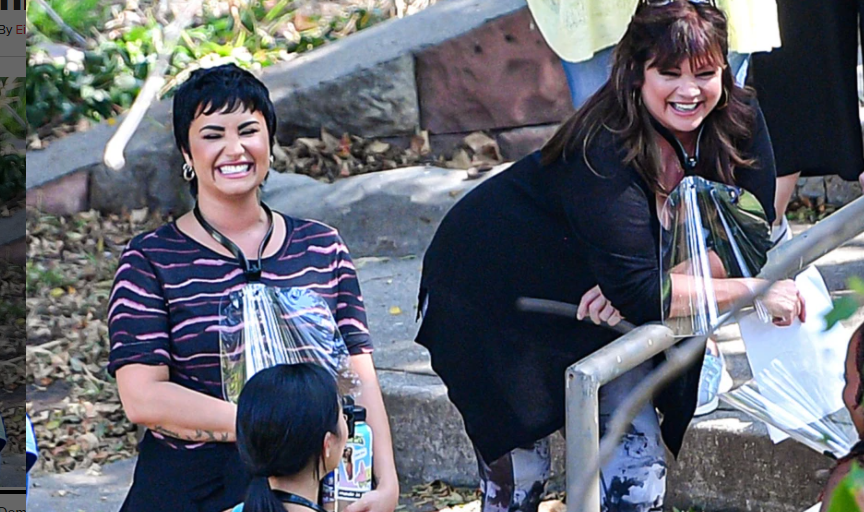 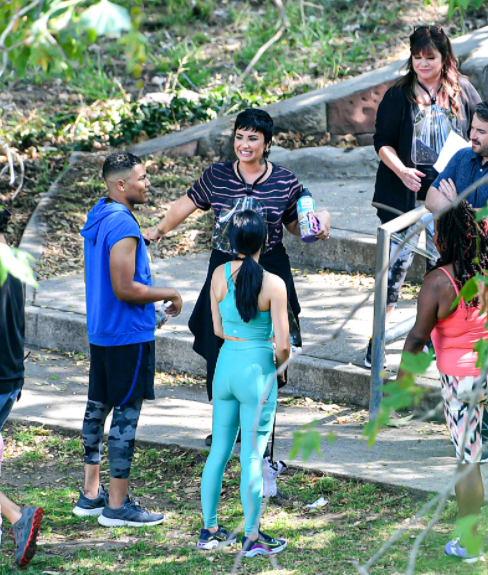 Bertinelli, 61, was dressed casually as well, in a dark shirt, oversized sweater, black and grey leggings, and sneakers.

Their co-stars were also dressed in gym attire, so it looks they were filming a scene involving exercise or some form of physical activity.

According to Deadline, “Hungry” follows “a group of friends who belong to a food-issues group helping one another as they look for love, success and the perfect thing in the fridge that’s going to make it all better.”

Teddy is played by Lovato, who is a food stylist who is attempting to maintain a healthy connection with food while dating men. Bertinelli portrays her mother, Lisa, a restaurant owner who has struggled with her weight.

Like their on-screen characters, Lovato and Bertinelli have openly discussed their issues with food.

Previously, American dancer, JoJo Siwa opened up about her sexuality, praising Demi Lovato for igniting a sexual awakening in her as a result of one of the Grammy nominee’s 2015 music videos.