Drew Barrymore gets flirty with Leonardo DiCaprio calling him ‘Hot’

Drew Barrymore gets flirty with Leonardo DiCaprio calling him ‘Hot’

American actress, Drew Barrymore flirted with Leonardo DiCaprio by calling him “Hot” in a comment on a post on climate change.

Taking to his Instagram handle, Leonardo shared a post on which Dew Barrymore commented on showing her flirty side to the world.

“You should be the only hot one, and not our planet!” she responded to his post, which showed an image demonstrating the consequences of unchecked global warming. 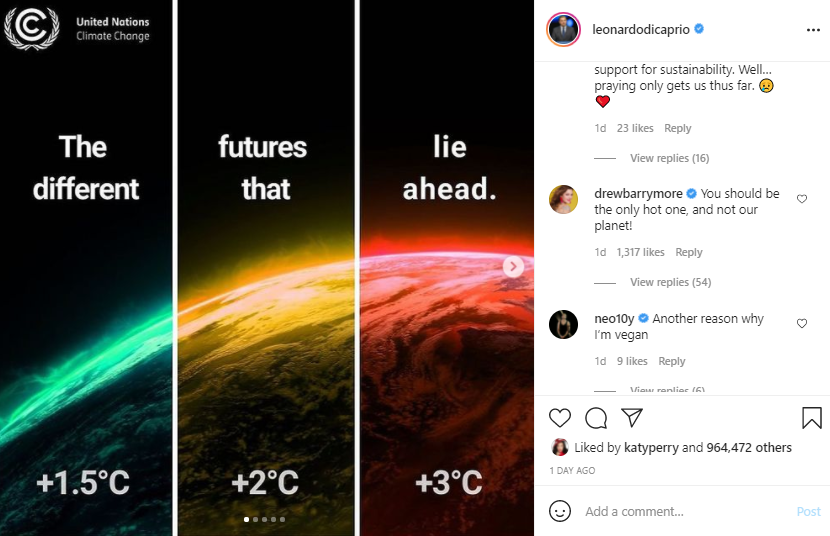 Fans reacted quickly to the 46-year-old talk show host’s response, with the majority praising the actress for putting herself out there, even if it was just for fun.

“@drewbarrymore I am LIVING for this comment 😂 You’re a real one, Drew,” wrote one fan, with another agreeing that DiCaprio is, “so hot, he’s to blame for global warming 😂😍😍.”

She later added a comment more appropriate for the post in question, writing, “Thank you for always have been the pioneer of saving our earth.”

JoJo Siwa thanks Demi Lovato for sparking an awakening within her