KARACHI: The cargo motor vessel Heng Tong 77 that ran aground to find itself stuck at the Seaview beach in Karachi last Tuesday poses a serious threat to the marine lives and local residents.

Moazzam Khan from the WWF-Pakistan, one of the leading marine experts in Pakistan, told BOL that in case of an oil spill, fumes from the cargo vessel could cause respiratory ailments to thousands of dwellers in the area.

“On the other hand, citizens of Karachi should be ready for the stench that will follow,” he commented.

He; however, said after the Tasman Spirit oil spill in 2003, Pakistan Navy and the Karachi Port Trust have equipped themselves with the “oil containment boom” and; therefore, there are a few chances that the beached ship could pose a similar threat.

The cargo vessel was travelling to China from Istanbul when a mild sea storm caused it to lose its anchors and it started drifting towards the shore.

The ship, built in 2010, is 98 metres in length and 20 metres wide, with a capacity of 3,600 deadweight tonnage. The vessel was waiting for a crew change outside the Karachi Harbour when the incident occurred. 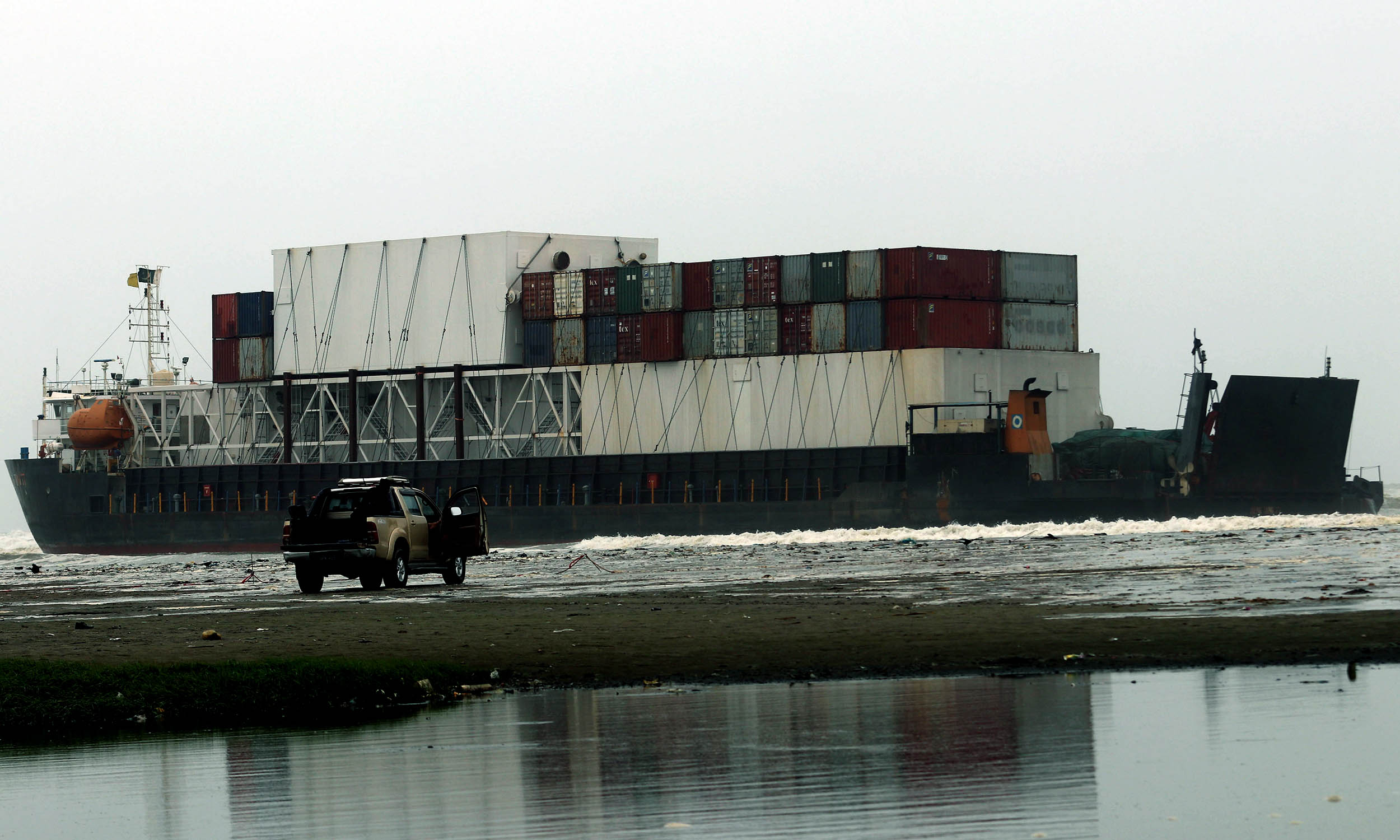 Pakistan Navy, in a press release, said that it has executed a national contingency plan while assessing the evolving situation after the grounding of MV Heng Tong 77 off the Karachi Harbour earlier on July 19.

Chief of Naval Staff Admiral M Amjad Khan Niazi, who also holds the position of the chairman of the Pakistan Maritime Disaster Management Board (PMDMB), has directed tier-1 response elements to be proactively put in place to minimise any possible risk of pollution from the merchant vessel that has run aground.

The naval chief has also ordered that tier-2 response elements (belonging to all other maritime stakeholders in Pakistan) be brought to four-hour notice.

The Maritime Disaster Response Committee (MDRC) under the chairmanship of the deputy chief of naval staff (operations) has also been activated to review the ongoing situation and future response options.

The beached ship has drawn great attention from the curious citizens who despite the lockdown ban imposed on Seaview, are at the beach to see the giant vessel or take pictures with it.

“They actually don’t know how hazardous it is for marine lives and citizens of the city,” Abdul Aleem, the resident of the Sea View Apartments said, adding that the ship poses serious threat to the environment.