Come the holy month of Zil Hajj and “Kitnay ki li? Kahan se li?  and Kitnay daant ki hai?” (How much it costs? From where did you get it? How old it is?) become the most frequently asked questions for Pakistanis.

Be it at an office, school or even home, the discussion only revolves around cattle and the cattle markets.

It becomes extremely normal for strangers to come up to you seeking information on your sacrificial animals.

Stalls selling decorative ornaments and fodder for the animals spring up across the country offering a variety to make the last days of the animals comfortable. 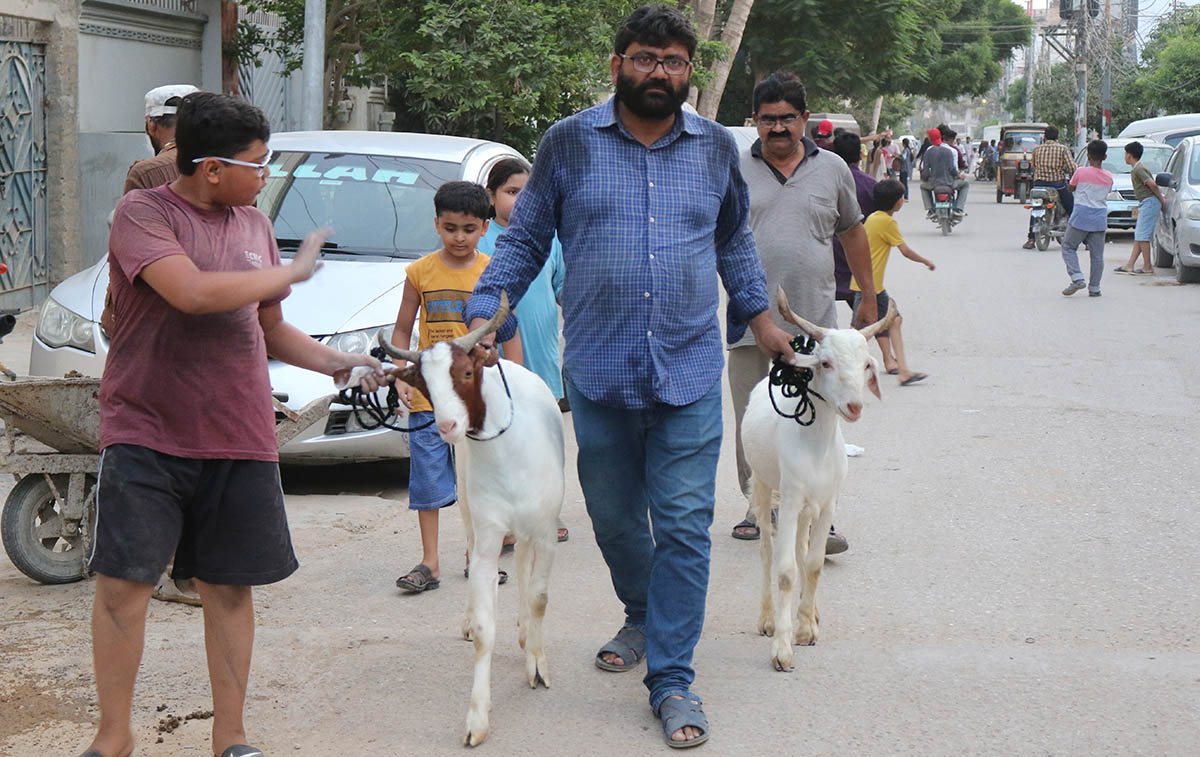 Spending quality family time involves men and children of the house pulling all-nighters taking care of the cattle usually kept outside their homes in shelters. While women ensure an endless supply of tea and food.

Children and boys are seen roaming around the streets with their sacrificial animals taking part in spontaneous races or just generally taking them for a walk.

Taking things up a notch, a family in the Karachi’s Nazimabad Gol Market area buys sacrificial animals a year beforehand and makes room for them on their rooftop. Every year around Eid a crane is hired to lift those animals and bring them to the ground. The annual activity is not only a source of entertainment for the local residents but also attracts a lot of media attention.

What the psychiatrist says?

Dr Beenish Shoro, head of Sindh Psychiatry Department believes that people use Eidul Azha as a means to show off their wealth and display power in spending extensively on sacrificial animals.

“The main essence of Qurbani is about sacrifice but many people use to show how rich they are,” she commented.

“The Eid days are actually a reflection of social behavior,” she added. 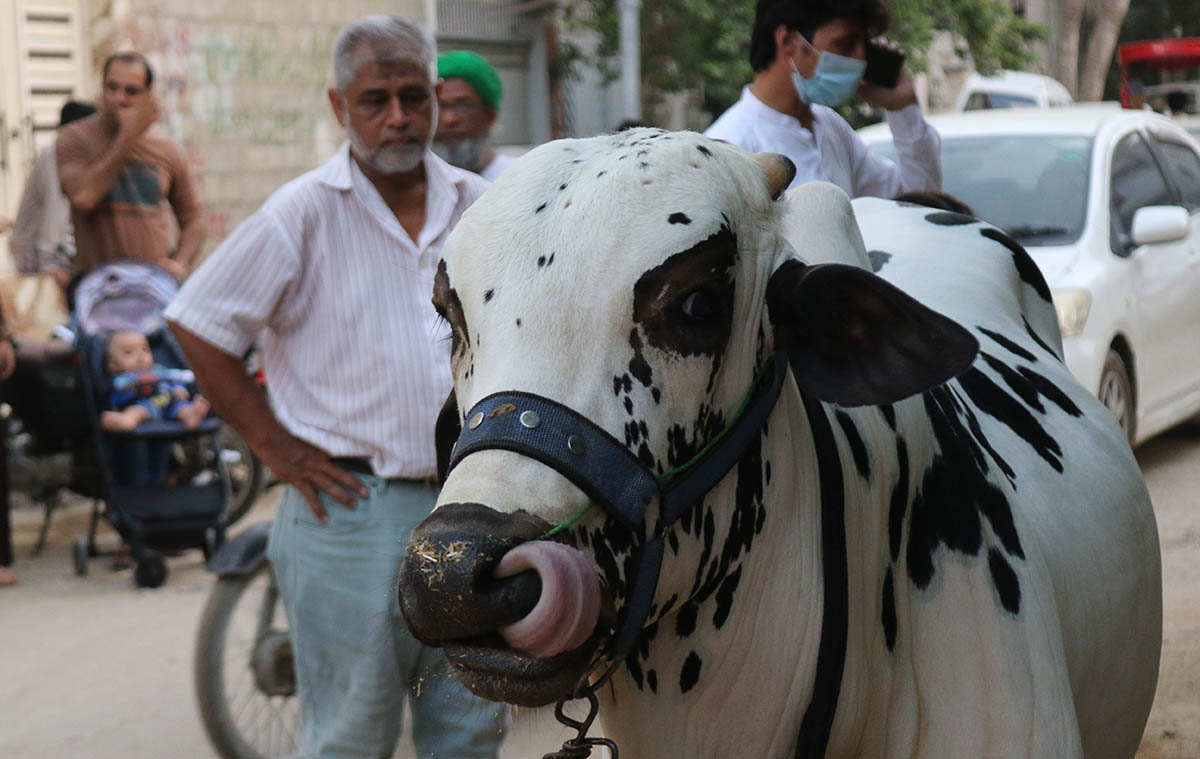 The narrow lanes of Mominabad Orangi Town are home to many rickshaw drivers, waiters, bus conductors, cobblers and other people with blue collar jobs.

All of them trying to make their ends meet. For them qurbani only means part of the year when they get to eat meat.

“One cannot understand how Eid is significant for us,” commented Ameen a plumber by profession.

He insists that it is okay for the rich to show off till the poor can have a hearty meal.

The second T20I between West Indies and Pakistan will be played tomorrow...

Stressing on the importance of industrial development for stabilizing the economy, Prime...

BEIJING: China has laid a foundation to secure another bumper grain harvest...

Abdul Razak Dawood, Advisor to PM on Commerce, has rejected the fake...