With Eidul Azha just three weeks from now, the stage has been set for Asia’s biggest cattle market — set up every year a few kilometres from Sohrab Goth to cater to the demand for sacrificial animals for Karachi’s population of over 2 million.

The usually busy thoroughfare bustles into action with huge tents lined up along the main Karachi-Hyderabad superhighway providing makeshift shelters to millions of animals brought in from all over the country to be sold in Karachi. 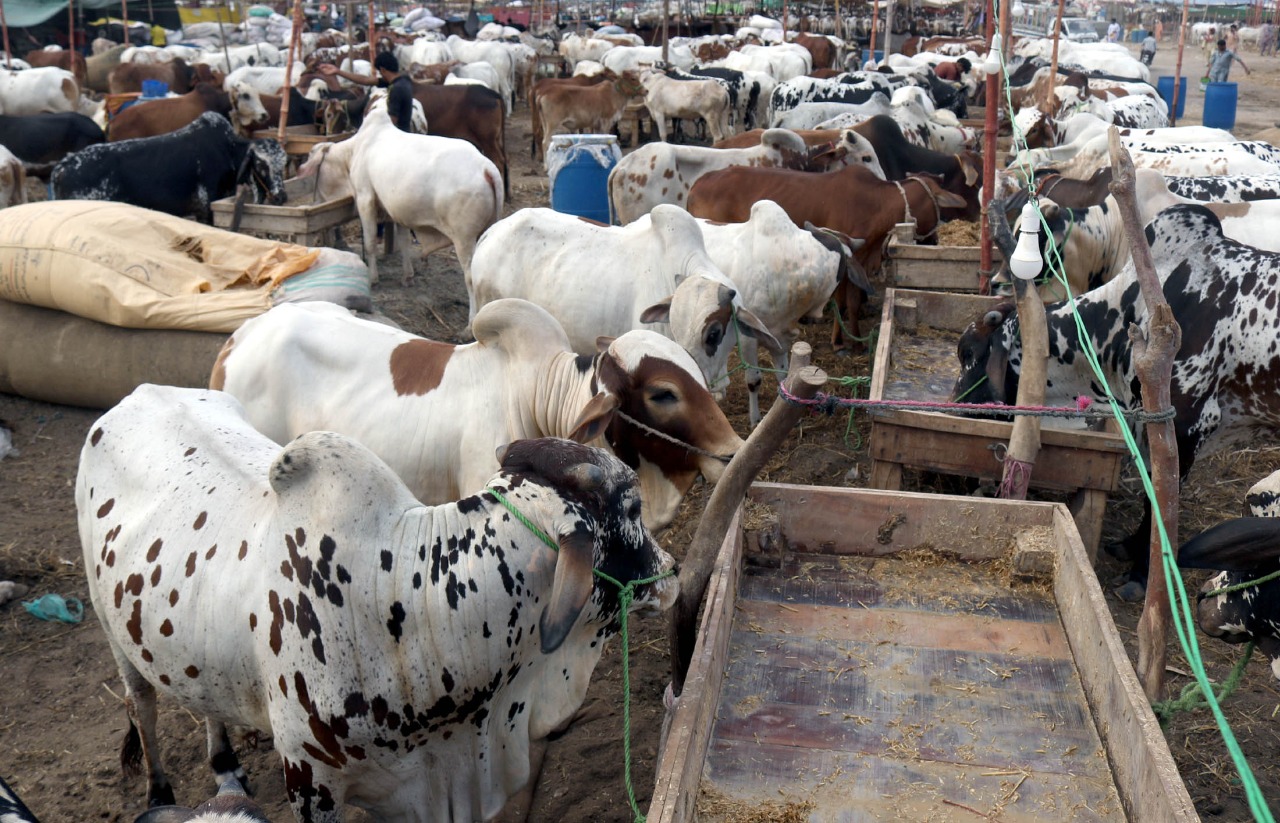 The affair is nothing short of a festival. People throng the cattle market — locally called the mandi — in search of sacrificial animals according to their needs and budget. While some spend days searching for an animal of their choice, others are there just to the exhibition.

Apart from the variety in animals, the mandi offers a wide range of food with stalls spanned across the market. Banks also offer ATM services in the mandi making cash transactions easier for its customers.

Abdul Rehman who owns a grocery shop in Gulshan-e-Iqbal visits the mandi on a daily basis without fail.

“The Sohrab Goth cattle market has become part of the festivities before Eidul Azha,” Rehman reminisced.

He believed that the mandi is part of a tradition that no one can beat.

“Scores of people only visit the mandi to admire animals and enjoy the exhibitions in a safe environment,” he said adding that there are higher chances of getting mugged in other smaller cattle markets opened across the city.

“People prefer buying from Sohrab Goth even though prices of cattle are a bit higher than other markets because they feel safe here,” Rehman shared.

A few kilometres from the hustle and bustle of the Sohrab Goth mandi are a few privately owned permanent installations of different cattle farms provide a less expensive alternate to those looking for sacrificial animals.

The arrangement offers a variety of breeds including the ones from Sahiwal, Dhani, Brahaman, Sibi, Gulabi and Kamori. 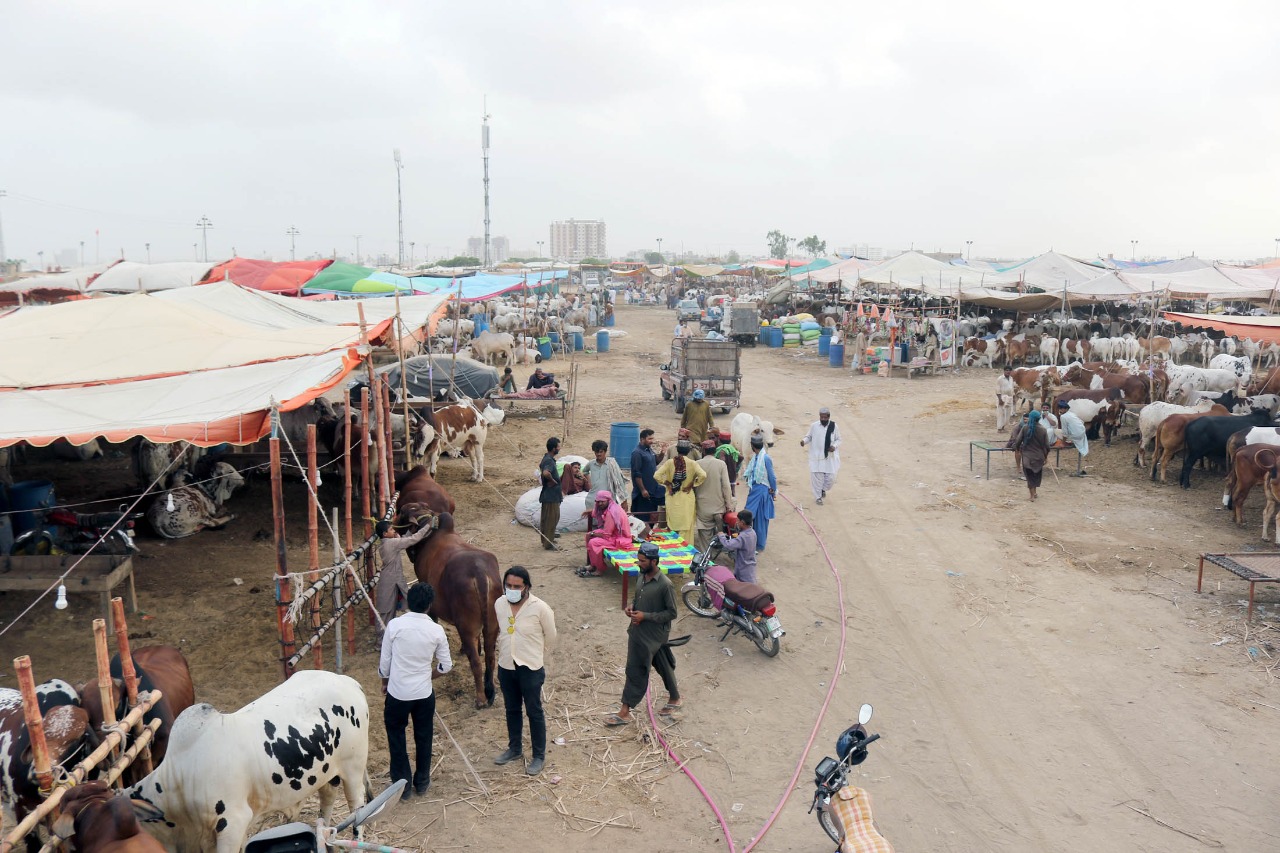 “We make arrangements in our own cattle farms to attract potential buyers,” Afzal Mughal the owner of Bhitai cattle farm explained.

Mughal said that prices of cattle have skyrocketed in the Sohrab Goth mandi and are now beyond the reach of a common man.

“The main reason for our arrangement is to reduce our cost by saving the space rent and electricity and water charges which gives us some margin to lower prices of our cattle,” he added.

Muhammad Sadat, a resident of North Nazimabad, who bought a Sahiwal breed cow for Rs0.2 million said it was almost impossible to buy an animal at a similar price from the Sohrab Goth mandi.

“I spent more than two days to find an animal at the Sohrab Goth mandi that checked all the boxes and fit my budget but all in vain,” he said.

Referring to private cattle farms, he said that the arrangement offered a range of more than 6,000 animals to choose from and one could find an worth Rs1 million or Rs2 million, or just pay Rs50,000 for a smaller cow.

Farmers from rural areas who travel to Karachi to sell their animals and are not interested in paying the hefty rents at Sohrab Goth often join the small cattle markets the spring up across the city before Eid.

Their target are often passers-by and commuters who cannot find the time to visit an organised mandi. 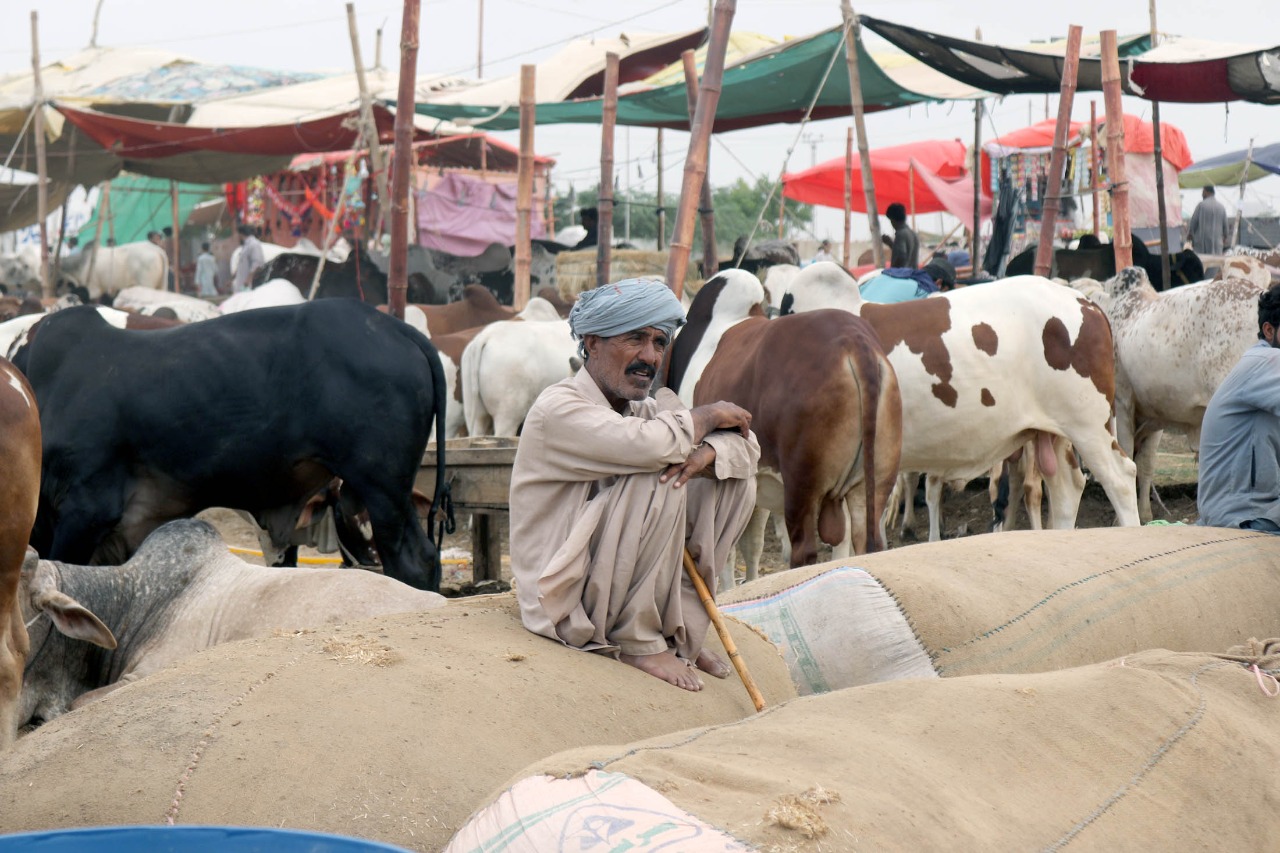 A farmer from Shahdadkot, Mujhahid Shah, selling his goats at Gurumandar roundabout left people surprised with the prices he quoted.

He insisted that the prices of his goats are much lower as compared to other markets.

However, potential buyers differ saying that not only the prices were similar to those being offered at the Sohrab Goth mandi there were greater chances of getting mugged in these smaller markets.

“You feel much safer in the Sohrab Goth mandi where no one dares to rob you off your money and even incidents of mobile snatching are unheard of,” he added.

Aqib Mughal is one of those who created an online portal offering digital qurbani. 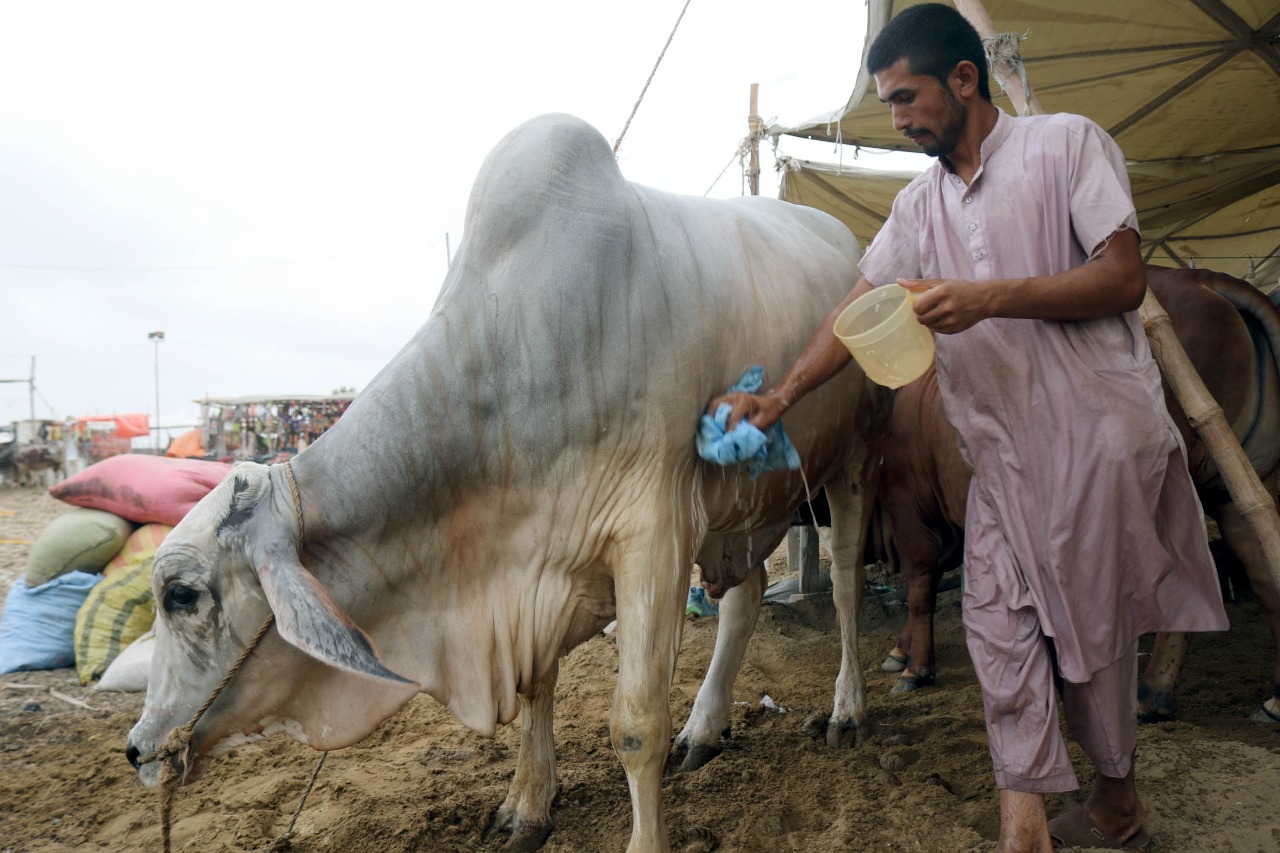 “The online portal tries to make an impact without taking away the essence of qurbani. We want people to enjoy their Eid without having to leave the comfort of their homes,” he said.

He further explained that the service allows customers to buy animals online, as well as check specifications of the animal and experience sacrifices and meat processing.

“Hopefully our business will flourish again this year,” he commented referring to another expected wave of the coronavirus.

Watch: Cow lifted up and knocked down by an invisible force