Actress and model Mehwish Hayat have come under fire for comparing herself to the Prime Minister.

She has come under fire for comparing herself to the Prime Minister.

Criticizing Mehwish Hayat, a user said that, you don’t have as much education as Imran Khan and he is the best Pakistani Prime Minister ever. 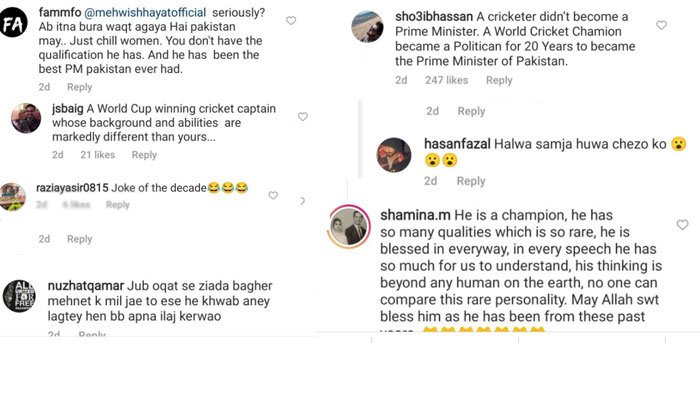 One user wrote that Imran Khan did not become the Prime Minister like this, he has worked hard for 23 years after which he got the post, please stop comparing yourself with the dignified Prime Minister.

A user called her statement  joke of the century.

Should Mehwish Hayat let her locks grow or go short?

Leading actress of the Pakistani film and TV industry and the ‘Tamgha-e-Imtiaz’...