NCOC decides to start vaccinating children aged 12 and above

LAHORE: The National Accountability Bureau (NAB) appears reluctant to investigate a top bureaucrat, who allegedly facilitated and supported a multi-million fraud committed by his brother in a housing society, Bol News has learnt.

According to official documents, Yasir Hayat Tarar, and his front men committed a multi-million fraud in a housing society project in Lahore on the basis of an order passed by his brother, Babar Hayat Tarar, who was serving as Secretary Cooperatives Department Punjab in 2014. Currently, Babar Hayat Tarar holds the coveted slot of Senior Member of Board of Revenue (SMBR). 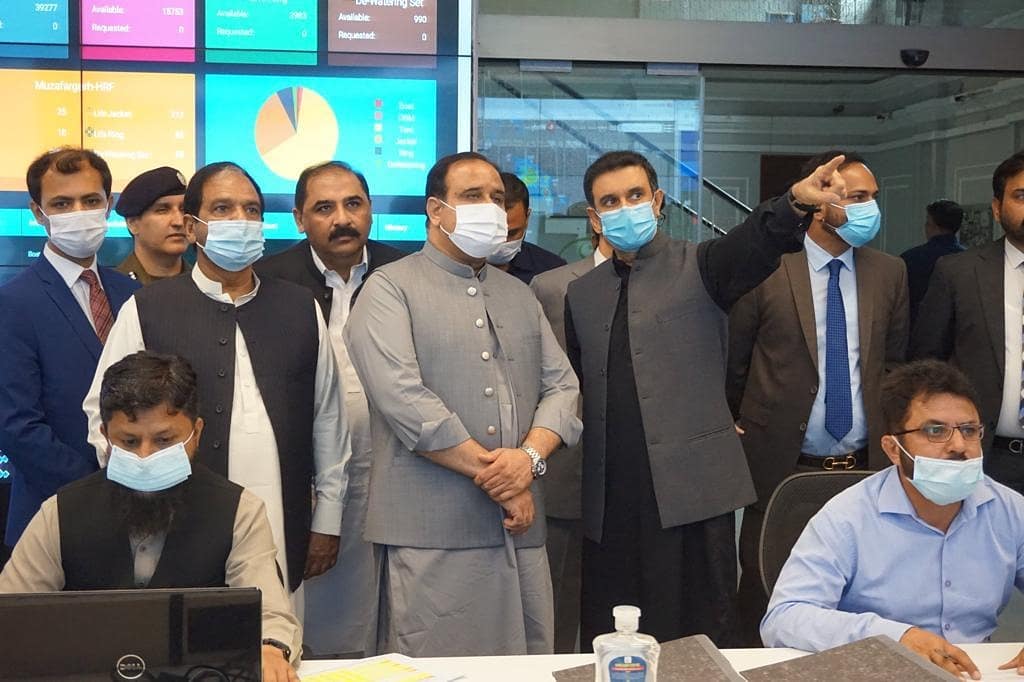 Currently, he is heading Punjab Government’s campaign of vacating precious state land from encroachers. Being SMBR Punjab, Babar Hayat is the custodian of multi-trillion state land and the revenue authority of Pakistan’s largest province.

The then Lahore deputy registrar Muhammad Ashfaq Shahid had raised serious questions about the decision of the then Secretory Cooperatives (Babar Hayat) in deciding an appeal within seven days, favouring his brother. In a fact-finding report, DR Lahore had observed that such cases often remain pending for months and years, but this unique case was decided within a week.

“It is also doubtful whether legal formalities for issuance of notice to the parties were observed or otherwise. It transpires the hurry they got the favorable orders from the office of the Secretary Cooperatives,” the DR Lahore said in his report.

In late 2018, the then secretary cooperatives Khalid Mehmood Ramay, a PMS officer, forwarded the same fact-finding report as complaint to Director General NAB Lahore for a probe into the mega-corruption scandal, involving Babar Hayat Tarar’s brother. 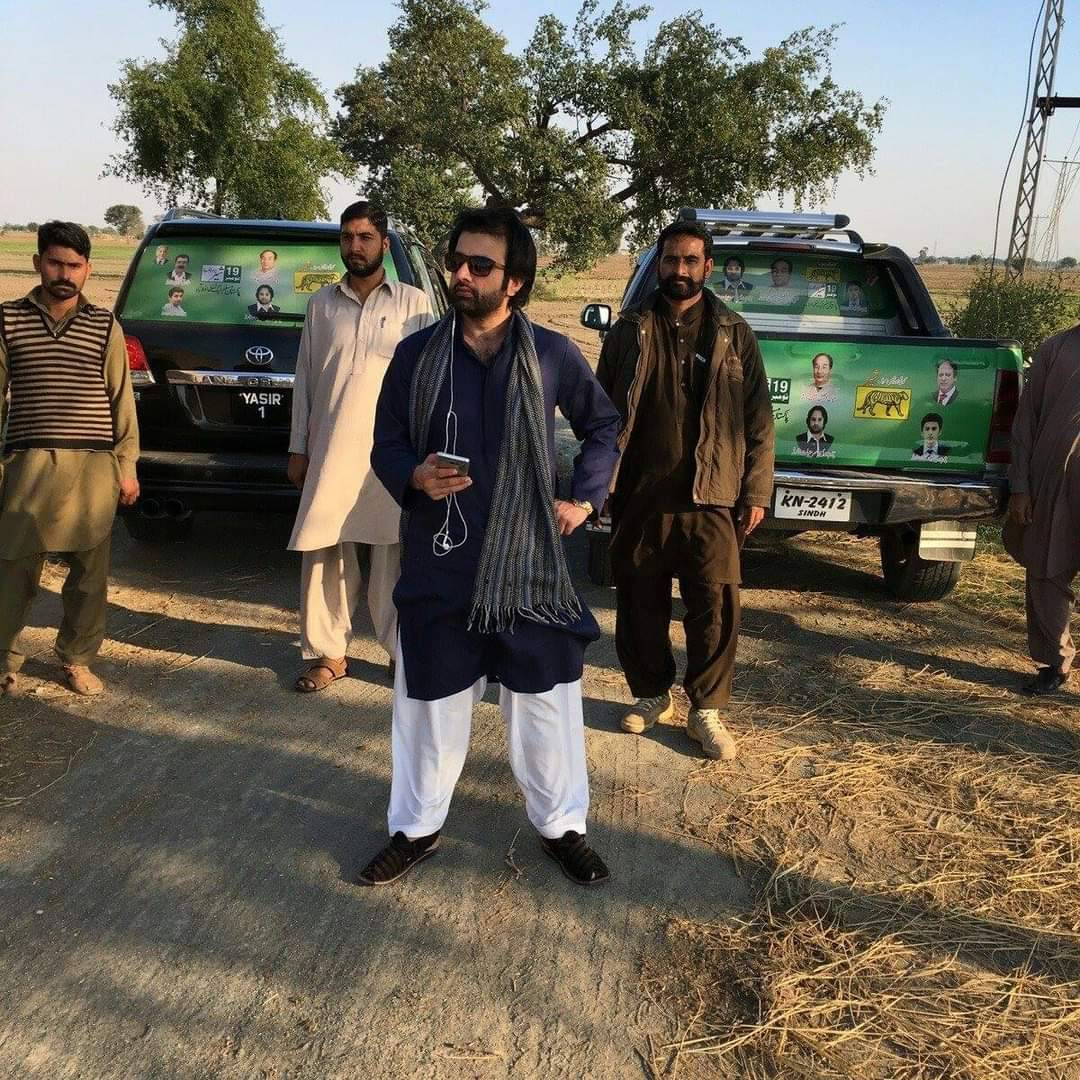 Following months of investigation, NAB Lahore arrested Yasir Hayat Tarar and half-a-dozen other co-accused in a fraud of cheating public at large in the Professional Cooperative Housing Society (PCHS), Lahore, to the tune of Rs637 million. NAB has filed a reference in an accountability court whereas seven accused persons are still at large.

Official documents available with Bol News revealed that the alleged design of loot and plunder by Yasir Hayat Tarar and his front-men coincidently matched with the appointment of Babar Hayat Tarar at Cooperative Department in 2014.

Tarar was appointed as Secretary Cooperatives on March 31, 2014, and on April 2, 2014, an application was moved to registrar cooperatives for reactivating “Fine Cooperative Housing Society” which was dormant for the past 25 years.

Rules were framed and new by-laws were approved by the cooperatives department to run the affairs of the society. Subsequently, Chaudhry Shahid Mahmood was elected unopposed as president of the Management Committee (MC) of the society. 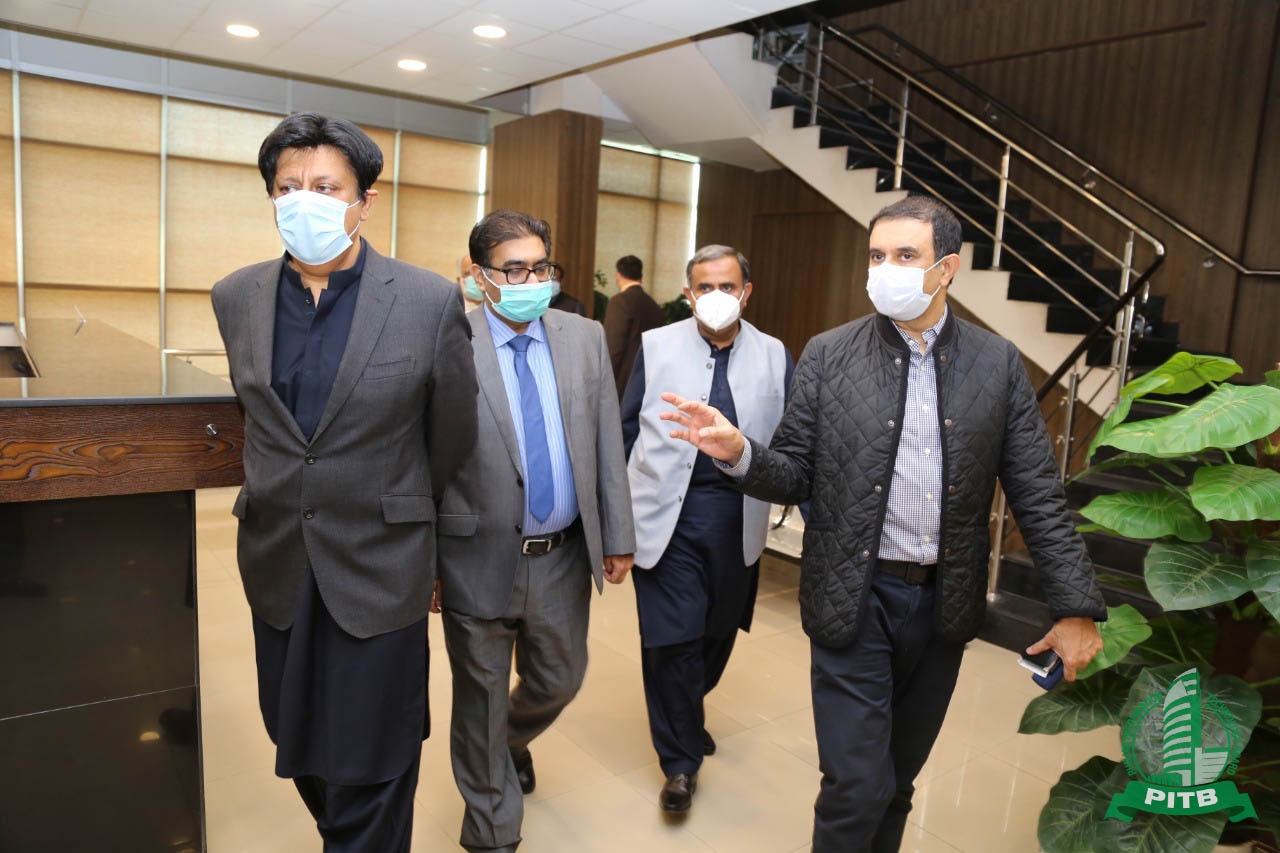 Shahid Mahmood recommended M/S Asian Developers and got approval from the Annual General Meeting (AGM) of the society fraudulently as no bidding documents or any feasibility report is available on record which could justify the competitive selection of the Asian Developers.

It is also noteworthy, that no record pertaining to the evaluation criteria (technical or financial) and evaluation sheets of the said bidding process is available either. 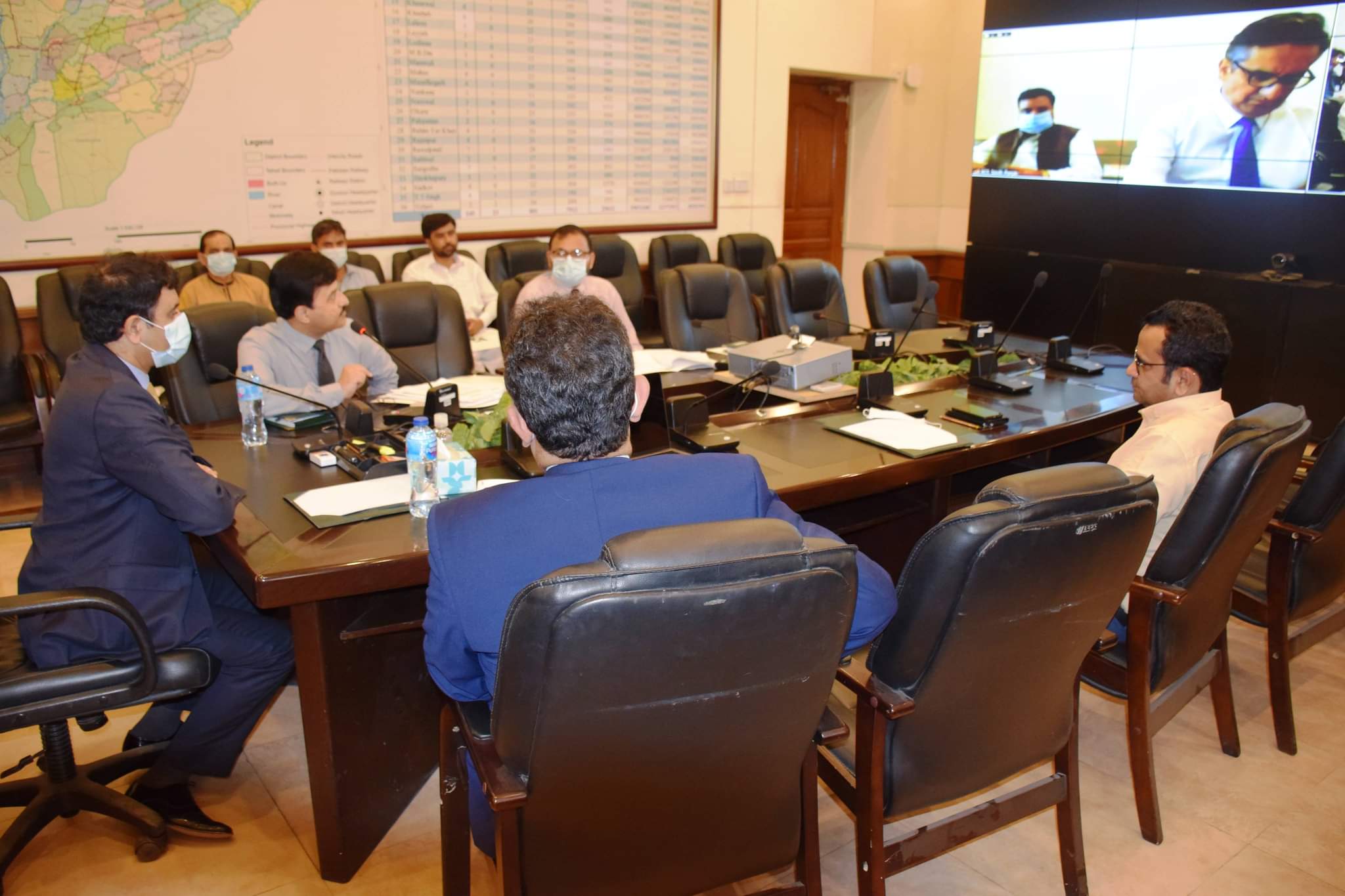 The management committee prepared an execution plan for their City Garden project and signed an MoU with the Asian Developers but the then Registrar Cooperatives Javed Iqbal Bukhari, a PMS officer declined to allow joint venture as well as amending its bylaws aimed at expanding the ambit of the society from Lahore to whole of Punjab.

On the other hand, when the accused persons approached Babar Hayat, the then Secretary Cooperatives through appeal US(JUDL)1-43/15 against the registrar’s order, he gave an ‘unprecedented’ verdict. He not only set aside the decision of the registrar and but allowed the society to sign a joint venture agreement with the firm of his brother and also allowed it to operate in entire Punjab.

Since the establishment of cooperatives department almost a century ago, not a single society has ever been allowed to sign a joint venture agreement with a developer. Even after Babar Hayat’s 2014 decision, no permission of joint venture to any society has been granted.

Following the order of the secretary, PCHS signed a joint venture with Asian Developers. It was agreed between the parties that the developer shall procure approximately 500 acres of land on Ferozepur Road, adjacent to the proposed Lahore Ring Road (village Jia Bagga and Karyal).

It was also agreed that payments to the developer will be made after getting registered the sale deeds and possession of the purchased land in favor of the society at a rate of Rs7.6 million on each transfer of one acre land. However, the management committee violating the signed agreement and without getting approval from the cooperative department started issuing payments to the developer from August 2015. 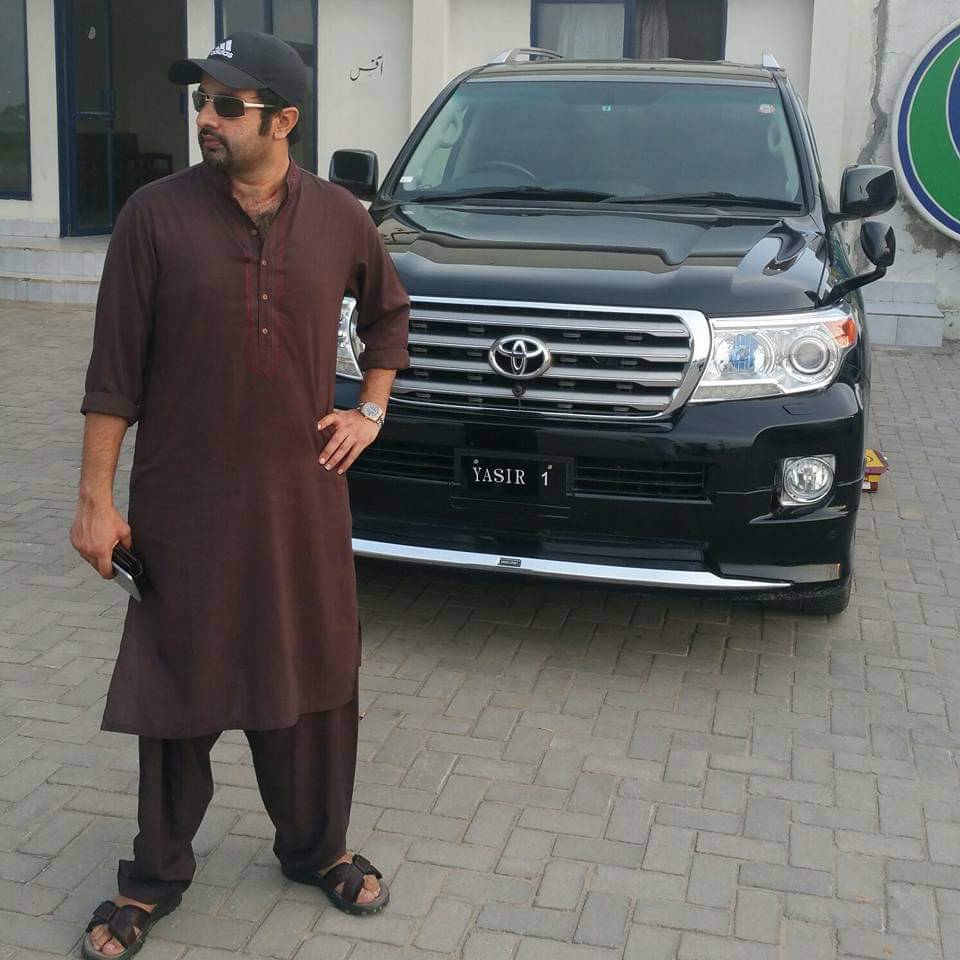 According to documents, in 2016, Asian developers submitted fake quotations on letter pads of different property dealers and managed to get a considerable increase in the rate of raw land.

Due to this fraudulent activity, instead of Rs7.6 million per acre, the society agreed to pay the developer Rs20 million per acre from July, 1, 2016 to June 2017 and Rs24 million per acre for the period commencing from July 1, 2017 and onward. The record shows that the society so far paid an amount of Rs811 million to the accused developer whereas the actual payment calculated on the basis of average rates of the each mauza comes to Rs173 million only.

Official record shows that only four registries (sale deed documents) were registered at Rs7.7 million per acre and remaining land at Rs2.5 million per acre, thus proving excessive payments of Rs637 million made to Babar Hayat Tarar’s brother through fraud and cheating.

Documents further revealed that so far only 358K-5 marla land is available for the society in Mauza Jia Bagga, Jheddu and Ghang Sharif as per 54 registered documents. This available land is in chunks and pieces with considerable distances in between and unsuitable for a housing society.

Till-date, Yasir Hayat’s firm has failed to get its layout plan approved or obtain an NoC from LDA. The development work has to be completed within 36 months but remains pending for several years. Similarly, 568 kanals of land to accommodate 810 active members out of 2,200 was required but the society has only 358 kanals available at the moment. 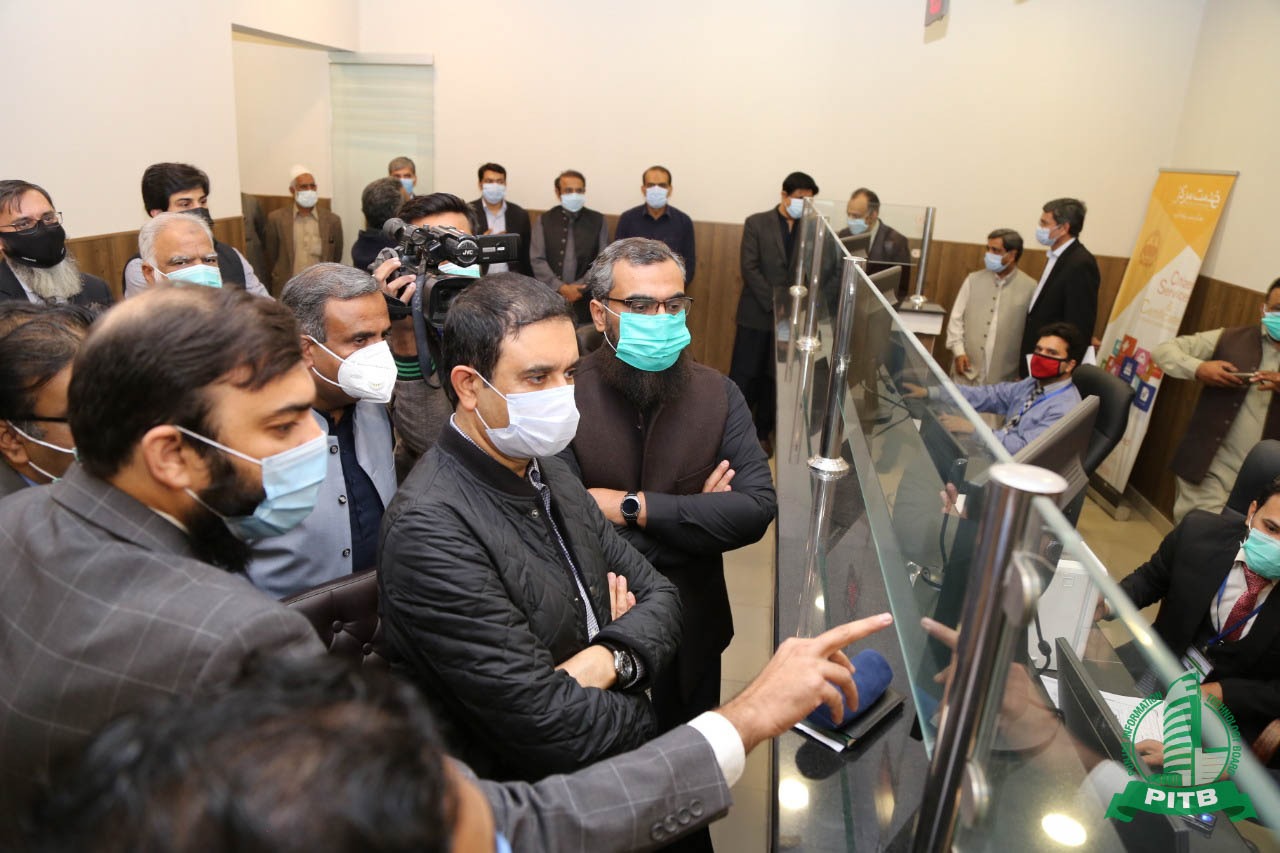 Senior Member Board of Revenue (SMBR) Punjab Babar Hayat Tarar claimed that he allowed joint venture on the basis of bylaws of society. Talking to Bol News, Tarar said that while deciding the appeal, he had no mal-intent.

“If the decision was not based on law, it should have been challenged in the court but nobody did that,” Babar Hayat Tarar said adding that he was not responsible for whatever fraud or corruption was committed by his brother.

To another query, Babar Hayat Tarar said the issue of Professional Cooperative Housing Society has been thoroughly investigated at various forums but nobody questioned his role. He also said that he was never summoned or questioned by the bureau as he was not an accused in the NAB case.

A spokesman of NAB Lahore told Bol News that Baber Hayat Tarar had judicial powers and allowed the joint venture as per the law. The spokesman said Babar Hayat played no role in the scam and is not accused by NAB.

Responding to another query, the spokesman said NAB was not protecting any person or department in any way, rather the bureau has made a huge case against all the accused, who were the custodian of the money received from the society.

An Islamabad High Court (IHC) bench will declare its judgment on bail...

‘Govt is ready to hold talk with opposition on Evms, Fawad Chauhdary

Federal Minister for Information and Broadcasting Fawad Chaudhry has stated that the...

The Sindh High Court on Tuesday dismissed a petition seeking the disqualification...

Students in Punjab awaits the result of inter and matric

The Boards of Intermediate and Secondary Education has stated on Tuesday that...