Pop singer Rihanna and ASAP have sparked collaboration rumors after being seen entering recording studios together earlier this month.

It appears like Rihanna and her boyfriend A$AP Rocky’s hard work is paying off, as the couple was photographed recording what appeared to be a music video together in The Bronx, New York on Sunday.

Rihanna, 33, looked beautiful in a bright pink coat while A$AP Rocky, 33, wore a brilliant green trapper hat while lounging on a fire escape stairwell, both clad in neon fur apparel. 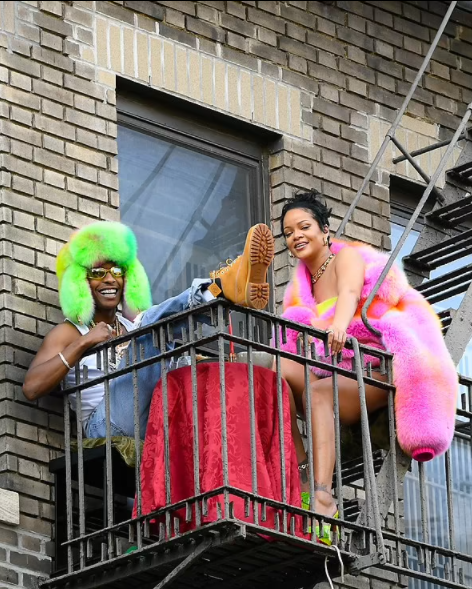 Rihanna sported a towering pair of bright green open-toe heels and accessorized with a chunky chain choker and a matching anklet.

A big camera was filming the two, and they appeared to be in excellent spirits, beaming from ear to ear as they worked on their highly awaited collaboration.

During the recent magazine interview, Rocky addressed her as “The love of my life” and “My lady”. Declaring Rihanna as she is ‘the one’, he couldn’t stop gushing over his ladylove.

Rocky did not mention since when they started seeing each other.

While talking about Rihanna he said, “So much better. So much better when you got the One. She amounts to probably, like, a million of the other ones. I think when you know, you know. She’s the One.”

Ariana Grande Shares Photos from Her Honeymoon With beau