Kareena Kapoor is one of the most beautiful actresses in Bollywood whose acting and beauty addicts are in huge numbers.

However, the effects of aging have started to show on the actress’s face, which is why people are making fun of her recently shared photo and calling her an old woman.

Actress Kareena Kapoor, 40, recently shared a photo of herself doing yoga on Instagram on International Yoga Day, telling people about the importance of yoga and saying that she started doing yoga in 2006 and how this exercise has made her fit and strong.

The effects of aging on Kareena Kapoor’s face can be clearly seen in the picture. That is why people are making fun of her and criticizing her image.

One user called Kareena ‘Aunty’ while another wrote ‘Kareena you are getting old’. 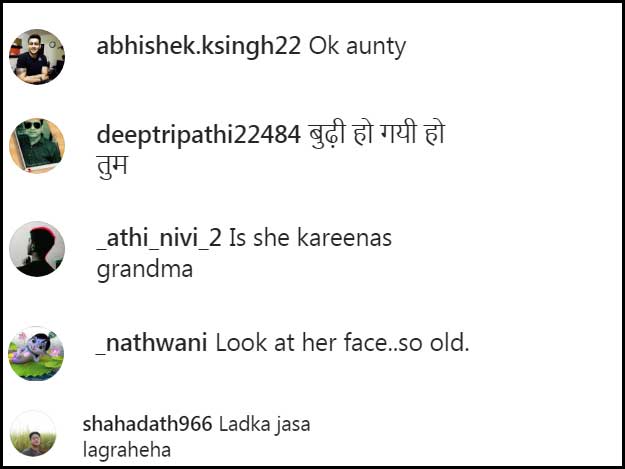 Another account read, “Is this Kareena’s grandmother?” While many users said look at Kareena’s face, she looks old.