Darr – An unsolved mystery of the third floor

Darr – An unsolved mystery of the third floor

Producing horror movies is still relatively a challenge for Lollywood since the industry lacks what it takes to make a good horror movie. While we are still struggling with the content and censorship issues and coping with the production value, Urduflix is giving young actors and directors a legit chance to showcase their talent. Directed by Raza Zaidi and starring Anam Tanveer, Kausar Siddiqui, Sandal Khowaja, and Navied Jafferi, Darr the 3rd floor is a most anticipated horror suspense movie that is going to be released on Urduflix. BOL News got in touch with the cast and the director to know more about the film.

“I was actually tired of doing roles of conniving sister-in-law, poor daughter, and abandoned wife, so this was a chance to prove myself. I found this role challenging so I accepted it. It was fun shooting a horror movie and closely experiencing things which actually makes one scream.” Anam told BOL News.

“After completing this project, I now know that I can do these types of roles also.” She added.

Although she seemed a bit disenchanted and said that the web portals should increase their budget so they could make high-quality movies. “It has been ten years and I still find unprofessionalism in the industry. Everyone needs to be fully focused on their work and invest in it, instead of wasting time in learning and teaching acting on the sets.” 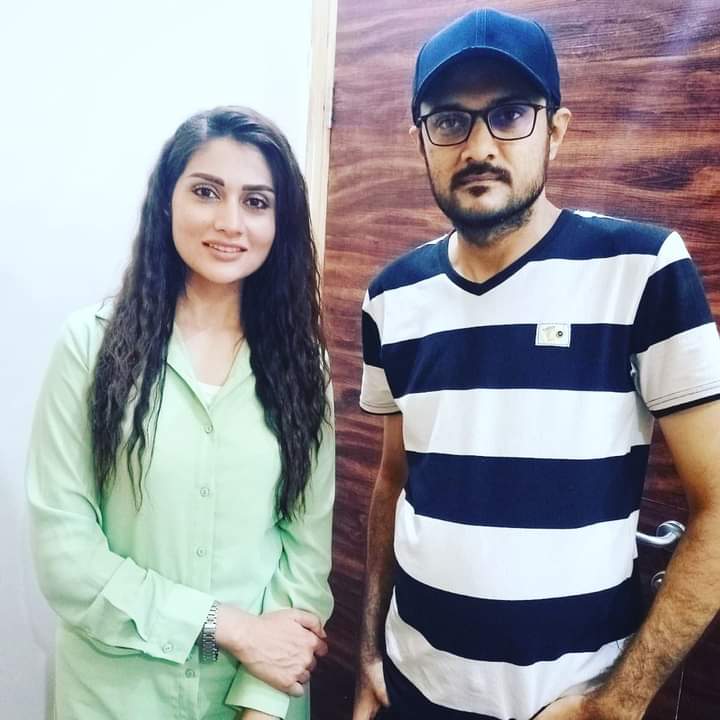 As the name suggests, the 3rd floor is a hospital’s floor which is haunted and, from doctors to patients; everyone is forbidden entering the floor. The story unfolds when new staff joins the hospital and eerie and mysterious things come their way during work.

Raza Zaidi, the director, appreciated the efforts of Urduflix and finds it a strong platform to raise stars. “Urduflix is doing an amazing job by giving opportunities to those talented people who never got the credit for their work. They were always under the shadows. This is the time to outshine. This venture is a blessing as nepotism can’t breathe here and gives people their right credit.”

Speaking about the film, Raza said that he is extremely excited about the project and expects it to be an extraordinary film. “I shot the film in natural light. The plot is ours but I took inspiration from Hollywood movies to execute in a better and more contemporary way. It was not easy to pull off the stunts but we did it. I can guarantee that this movie will be a model for other people who want to shoot movies of this genre. There is sheer hard work, planning, brainstorming involved, and of course, this project could not have been completed without the efforts of the brilliant cast.”

The movie seems promising and a necessary break from monotonous themed dramas and movies. The film is going to be released on August 31st, let’s wait and see how things get sinister on the third floor.