Did Arshad Nadeem really keep Neeraj Chopra’s javelin with him?

No compromise on credibility

Did Arshad Nadeem really keep Neeraj Chopra’s javelin with him?

Pakistan’s Olympic athlete Arshad Nadeem has dismissed as baseless a report in the Indian media that he had retained the javelin of Indian athlete Neeraj Chopra in the final round of the javelin throw event at the Tokyo Olympics. A few moments ago, Chopra had taken back this javelin from him

It may be recalled that these two athletes competed in the finals of the Tokyo Olympics javelin throw in which Neeraj Chopra won the gold medal while Arshad Nadeem secured the fifth position.

A video has gone viral on social media in India in which it can be seen that Neeraj Chopra comes to Arshad Nadeem before his throw and takes a javelin from him.

It has been commented on the video that “it can be clearly seen that Arshad Nadeem is walking around for Neeraj Chopra’s Javelin which shows his malicious intent.” Each athlete has only one minute to complete his throw. 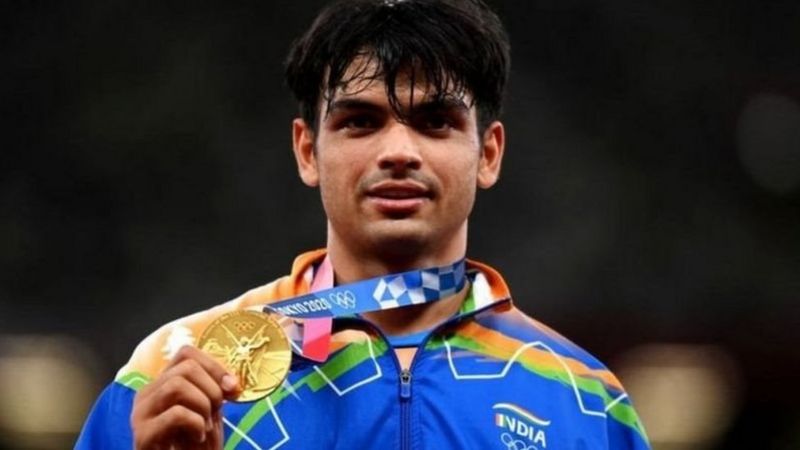 Similarly, “Neeraj Chopra was not getting his jewel because he was kept by Arshad Nadeem.”

The private newspaper quoted Neeraj Chopra as saying in an interview that according to him, he was looking for his javelin before the final but he could not find it.

“Suddenly I saw Arshad Nadeem walking around holding my javelin. I said to him, “Brother, give me this javelin, this is my javelin, I have to throw it.” Then they gave it back to me. ‘

The news sparked a lengthy debate on social media in India in which Arshad Nadeem was sharply criticized. Some even dubbed it the ‘Jewel Jihad’ and demanded that the Indian Olympic Committee record a protest against Arshad Nadeem and ban him.

Speaking to private channel, Arshad Nadeem termed all these allegations as “ridiculous”.

Arshad Nadeem says, “Nothing has happened that I have kept Neeraj Chopra’s personal life. At the Olympics and other international competitions, no athlete uses his or her own equipment, all of which is provided by the competition organizers.

“Even in the final round of the javelin throw, a large number of javelins were placed there and any athlete could pick up the javelin and use it,” he said.

According to Arshad, “I don’t know if Neeraj Chopra used the javelin in my back throw. Even if it was his favourite javelin, I didn’t keep it on purpose. And why would I do that? Even if it did happen, it was a coincidence, but let me make it clear again that the javelin did not belong to anyone, especially Neeraj Chopra.”

Arshad Nadeem says, “It is ridiculous to say that I asked Neeraj Chopra to give him the jewel from which he won the gold medal.” At that time, every athlete had his own worries, so how is it possible? ‘

Arshad Nadeem says, “I have not had any contact with Neeraj Chopra since the Olympics because we have both been busy on our own. But the day after the final, Neeraj Chopra met me and he told me that you too.” It would be great if we could win medals. We have known each other for a long time and have always had feelings of love and sincerity for each other. “Don’t get caught up in such controversy.”

Speaking to a private news channel, Major General (Retd) Muhammad Akram Sahi, President, Athletics Federation of Pakistan, said that the Indian media only wants to gloss over its headlines by airing such headless and negative news.

“Both Neeraj and Arshad have done well at the Tokyo Olympics and it is unfortunate that instead of encouraging these children, they are embroiled in a controversy. These are both athletes with extraordinary abilities and we should think positively about them and think about the future.

Akram Sahi says that the incident in which Arshad Nadeem is being implicated has nothing to do with reality.

“Everyone knows that the equipment used in the Olympics is approved by the International Olympic Committee.”