No compromise on credibility

Jessica Alba’s fashion sense is as diverse as her film roles. Few on the red carpet consistently look as amazing as she does, from menswear-inspired tuxedos to glittering bombshell sheaths to dainty, straight-out-of-a-fairytale frocks.

Looking flawless is just par the course for Jessica at this point, and she nailed it once again. Who else could wear a laser-cut leather gown and still manage to look delicate? 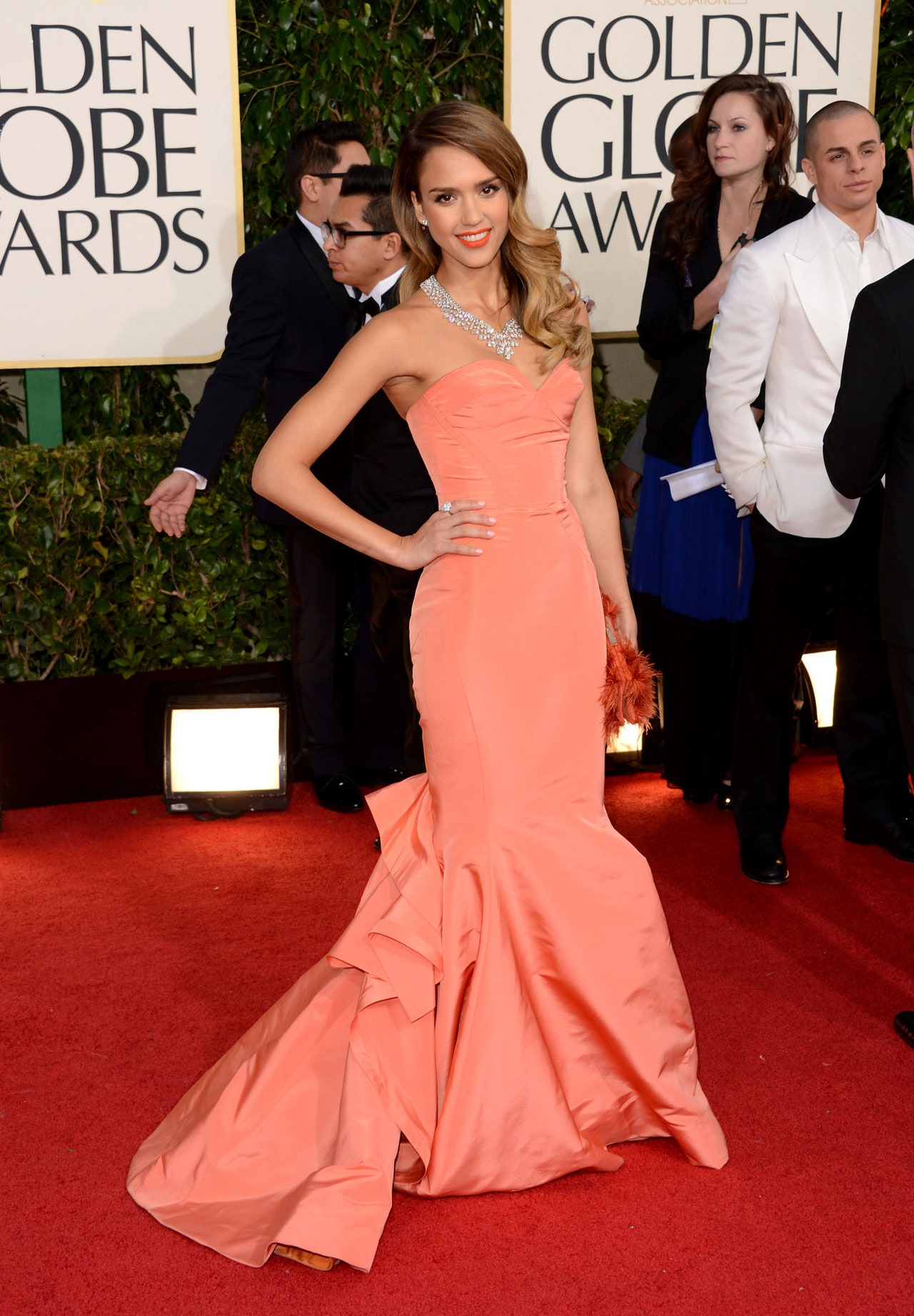 With a waist-cinching black belt, Alba controls the ruffles of this silk Dolce & Gabbana sheath. Another way she trims her waist? She has admitted to wearing Spanx “like 99 percent of the time.” 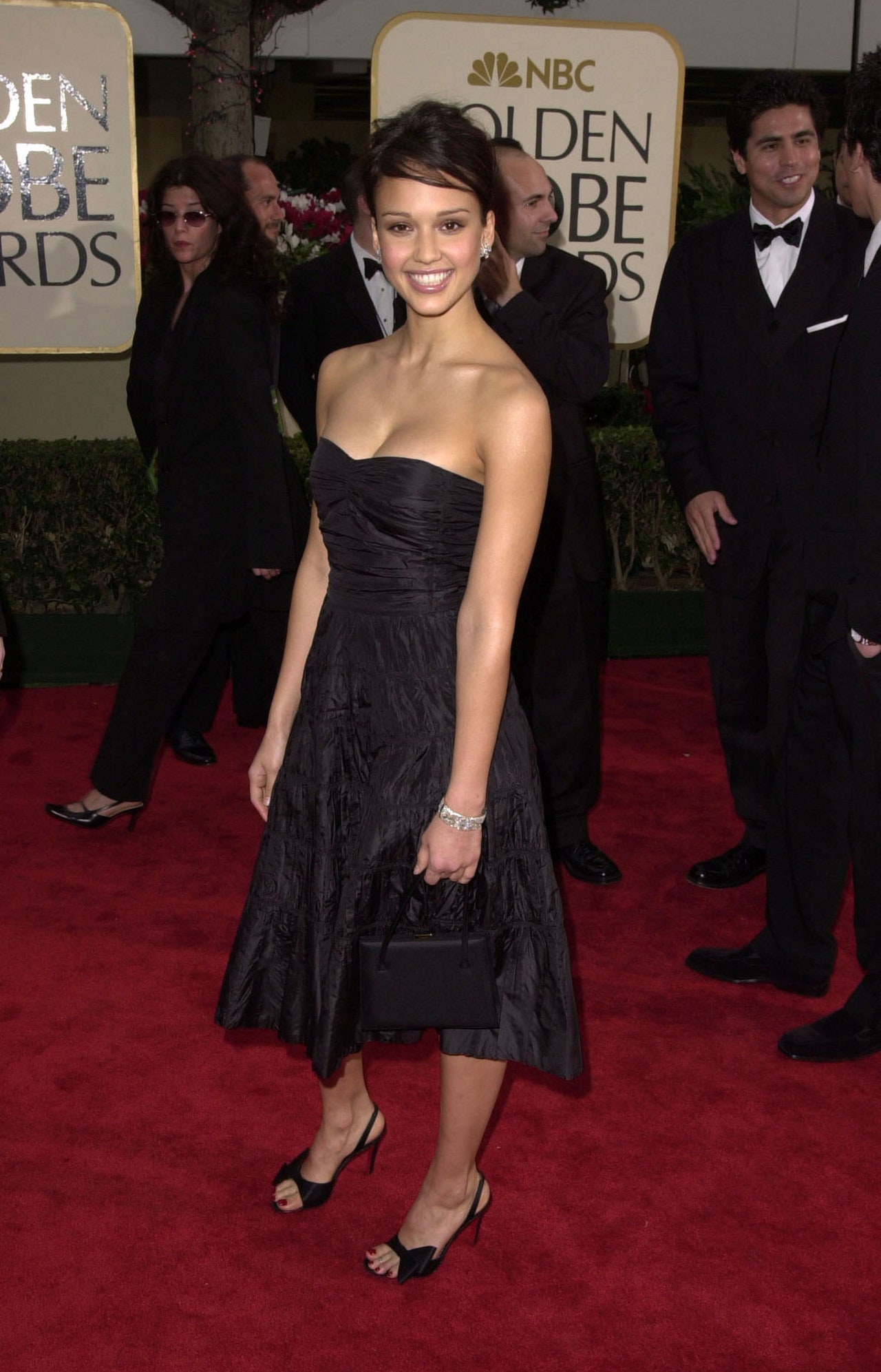 Jessica, now a red carpet pro, took it up a notch at the Globes in 2002, wearing a riskier (and more fun, in my opinion) three-piece all-white suit by Dolce & Gabbana. While the look was controversial at the time, white blazers and bare midriffs are still popular a decade and a year later. 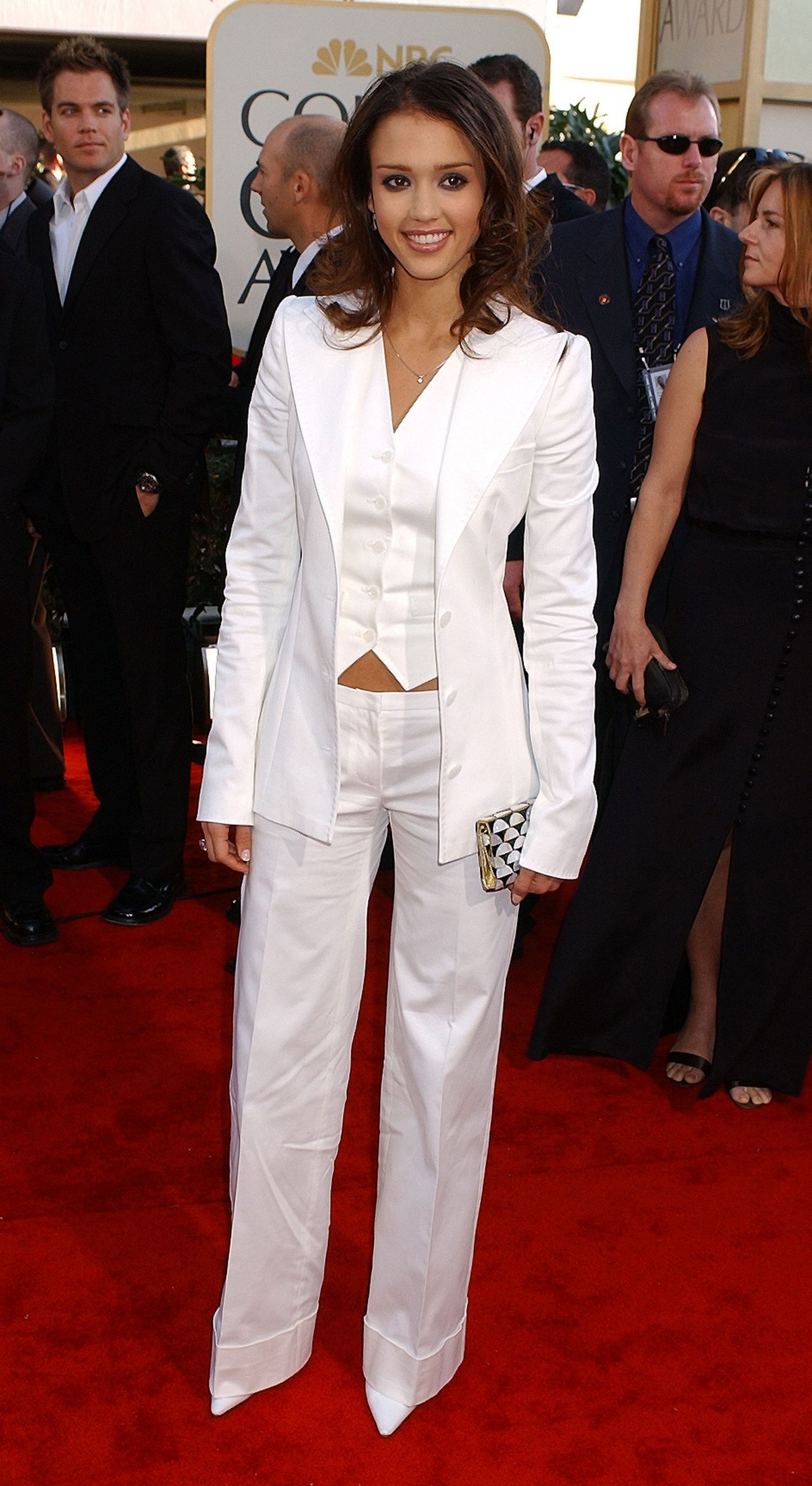 She was pregnant with her first daughter, Honor, after a few years of high-profile movie roles (Sin City, Fantastic Four…) and marriage to Cash Warren. She looks stunning in a Marchesa gown at the 2008 Oscars. 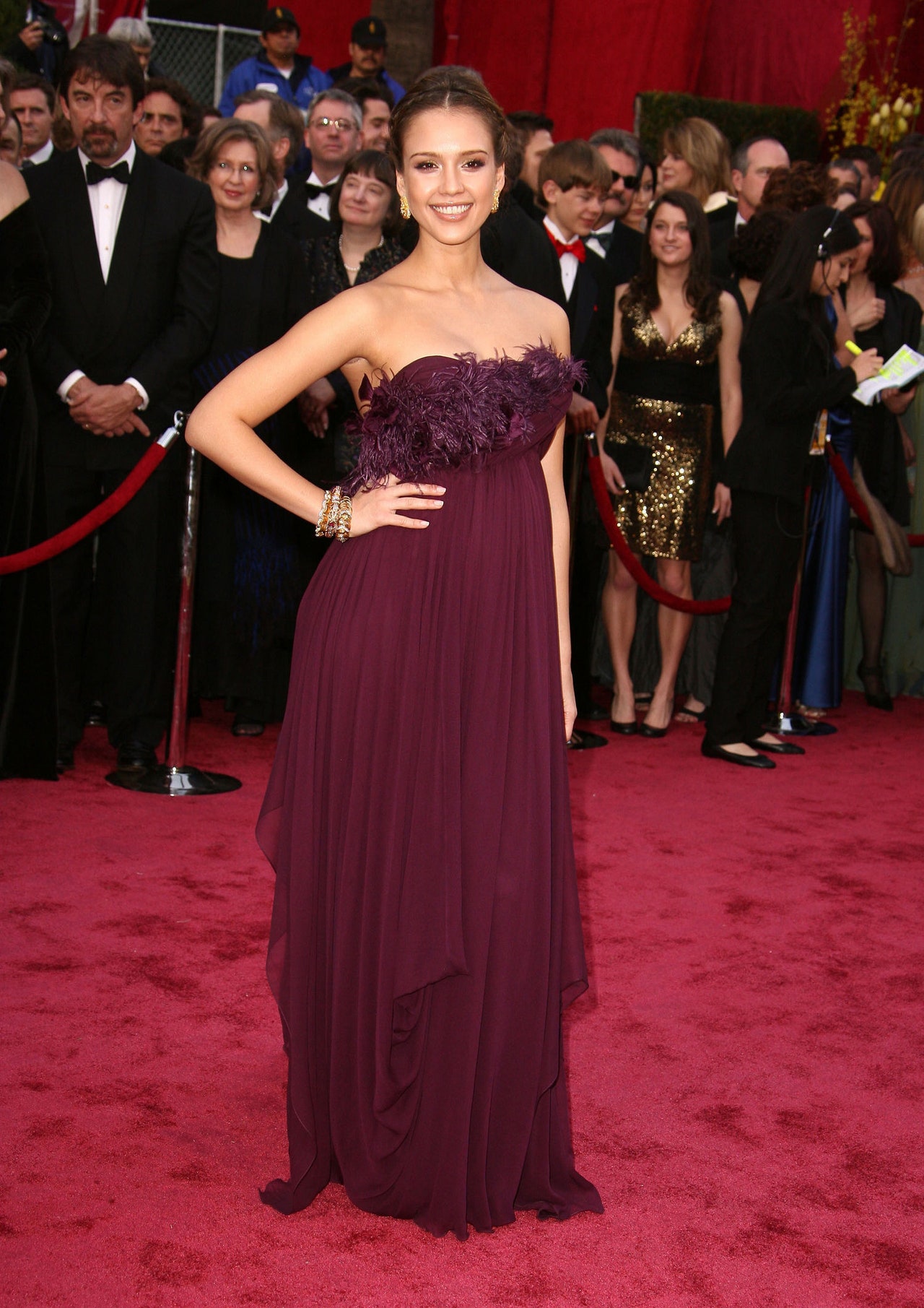 She is now a regular on the red carpet of prestigious events, and she wore this bronze-y Greek-goddess gown by Michael Kors to the Met Gala. 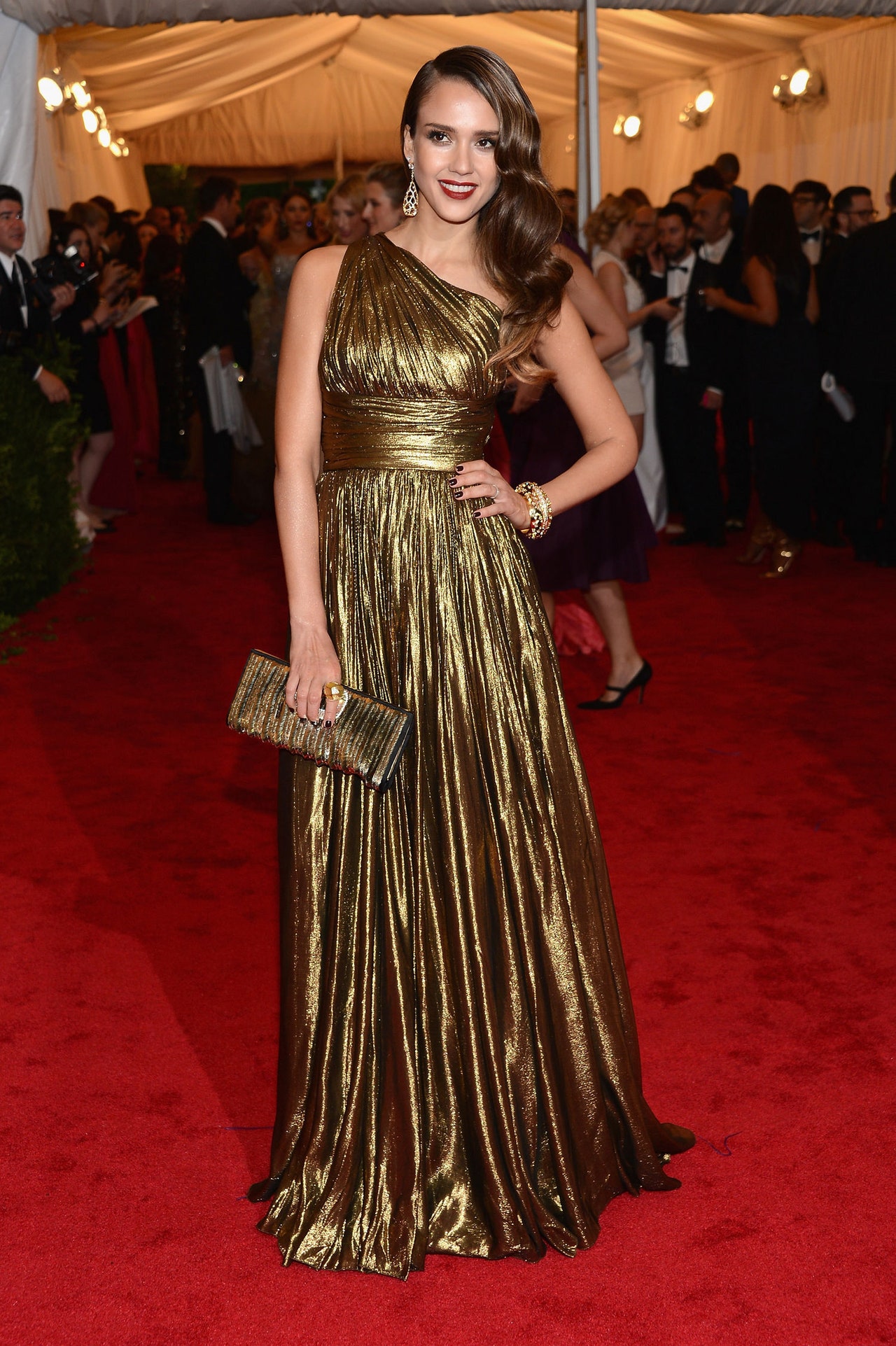