China has censured the deadly attacks at the Kabul airport by the suicide bombers, saying Afghanistan faces a “complex and severe” security state with the withdrawals of the United States.

Two blasts on Thursday have killed at least 85 people comprising 13 US soldiers near the airport, tearing through crowds despairing to flee the country.

“China is shocked by and strongly condemns the explosions,” Zhao said.

He added that the ministry had not received any reports of Chinese casualties.

Since the Taliban took complete control of the country on August 15, more than 100,000 people have been evacuated from Afghanistan.

Many Afghans are anxious to flee due to the feared inflexible ruling nature of the Taliban.

US forces have been allowed by the Taliban to complete the airlift while they decide plans for a government that will be announced after the American troop’s deadline.

Zhao said China “hopes the relevant parties can take effective measures to ensure a smooth transition of the situation”.

Furthermore, Beijing stated that it is ready to deepen “friendly and cooperative” relations with Afghanistan after the Taliban detained power. 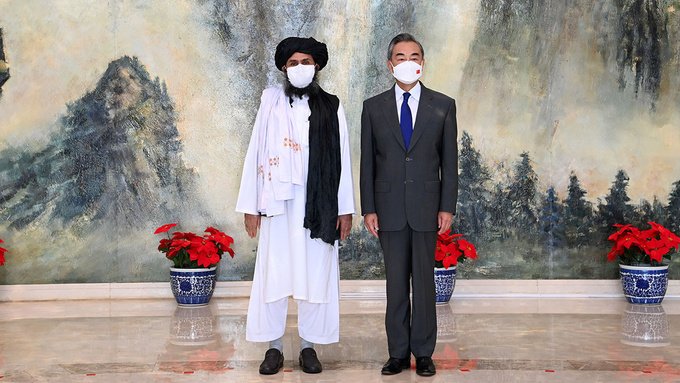