Tom Latham: ‘Excited to be here in Pakistan and see enthusiastic crowd’

Babar Azam: ‘Misbah and Waqar's resignation has put more responsibility on me’

A deal could be completed in time for the England midfielder to play against Leicester City in the Community Shield on Saturday.

If this deal is completed, then this would be a British record for Grealish. 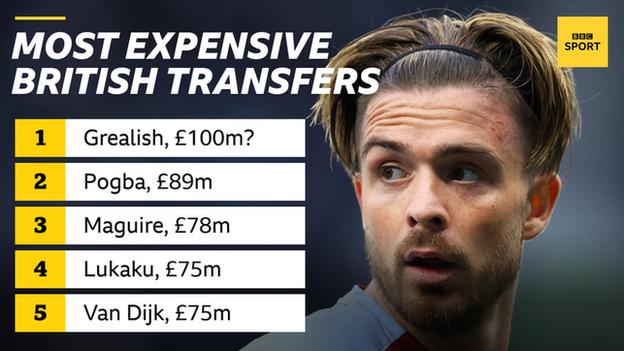 The fees for signing him will surpass the re-signing of France midfielder Paul Pogba from Juventus to Manchester united in 2016, which was £89 million.

It is reported that Grealish will have his medical at Manchester City.

Grealish is expected to join the club after returning to Aston Villa for pre-season training following Euro 2020.

The move appears to have gone considerably more smoothly than City’s second primary target, Harry Kane, who is now locked in a standoff with Tottenham chairman Daniel Levy over the striker’s allegation that he has a gentleman’s agreement to leave the club this summer.

City made its move last week after conversations with Villa by lodging a bid.

Grealish’s ingenuity, according to manager Pep Guardiola, can provide an extra attacking dimension to what is already one of the most potent attacking units in the English game.

Villa announced the signing of winger Leon Baily for £25 million Wednesday to add to the arrivals midfielder Emiliano Buendia from Norwich City and Ashley Young from Inter Milan.

If City managed to close the deal, then it will make Grealish the ninth most expensive player in history.

Only eight players have been signed for a fee of £100m or more.

Not arranging the DRS system for the series is negligence: Ramiz Raja

Pakistan Cricket Board (PCB) Chairman Ramiz Raja said on Friday that those...

Hafeez to not conduct any press conference against PCB

The dispute between Pakistan cricket all-rounder Muhammad Hafeez and the Pakistan Cricket...

Ramiz Raja is bringing a post of ‘Director Cricket’ in PCB

Pakistan Cricket Board (PCB) chairman, Ramiz Raja is interested in bringing a...

Not arranging the DRS system for the series is negligence: Ramiz Raja

Pakistan Cricket Board (PCB) Chairman Ramiz Raja said on Friday that those...

Daughter meets her mother after 14 years of kidnapping

At the US-Mexico border, a lost girl from Florida meets her mother...