SpaceX recently accomplished a new milestone in its Starship launch system. It stands erected on the prototype of its Super Heavy Booster, which comprises of 29 Raptor rocket engines, while the Starship is loaded up with six, itself. 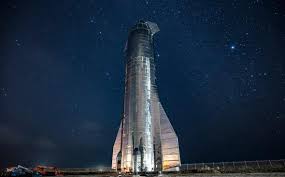 The SpaceX’s development site is a next level achievement, the two elements of the system have been united as one for the first time.

The massive Starship launch system is around 400 feet tall, along with the orbital launch stand on, it becomes approximately 475 feet high, surpassing the height of the Great Pyramid of Giza.

NASA has long had Jupiter's moon Europa in its sights for scientific...

The much-needed step of delivering high-speed internet would be done soon in...

According to a new report from the media, neither of the two...

Chinese telescope LAMOST to be moved to NW China

BEIJING, Dec. 8 (Xinhua) -- A team of Chinese researchers has developed...