As part of the humanitarian air bridge, the first cargo flight of Pakistan International Airlines (PIA) carrying medical supplies of World Health Organisation (WHO) landed in Mazar-e-Sharif on Monday.

The PK-234 (Boeing 777 AP-BHV), flew from Dubai and landed at the Mazar-e-Sharif Airport – the first international flight to the country’s fourth-largest city after the takeover of Taliban.

As PIA is providing air transport for the operation, the WHO will be arranging logistics on the ground.

Pakistan’s ambassador to Afghanistan Mansoor Ahmed Khan confirmed that the PIA cargo flight took essential supplies of WHO to Mazar-e-Sharif in line with Pakistan’s role of making a ‘humanitarian air bridge’ in coordination with international agencies.

“First PIA cargo flight with WHO medical supplies from Islamabad to Mazar-e-Sharif today,” the envoy said in a tweet on Monday.

He thanked PIA for its efforts in ensuring the supplies to Afghanistan.

“A humanitarian air bridge for essential supplies to Afghanistan in coordination with international agencies,” he wrote thanking PIA.

In view of the medical supplies running out within days in Afghanistan, the World Health Organisation (WHO) had announced last week to establish an air bridge into the northern city of Mazar-e-Sharif with the help of Pakistani authorities.

Trauma kits and emergency supplies for hospitals, as well as medicines for treating chronic malnutrition in children are among priority items for Afghanistan, where 18 million people depend on aid, the WHO’s regional emergency director said. 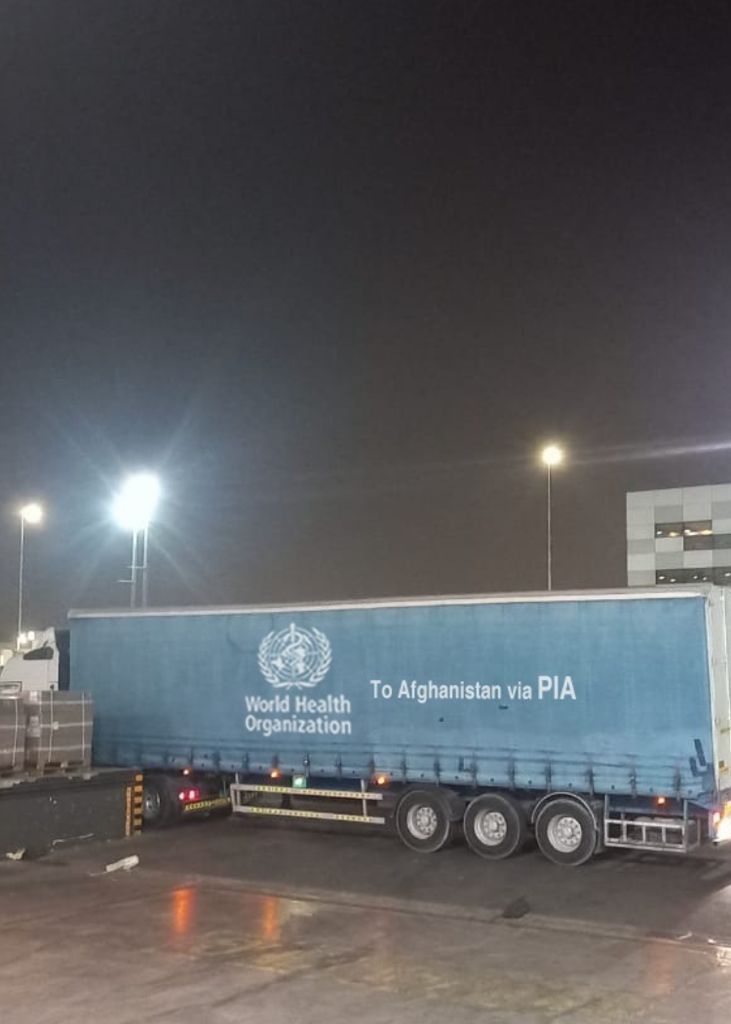 “What remains certain is that humanitarian needs are enormous and growing,” Rick Brennan told a UN briefing, as reported by Reuters.

“Right now because of security concerns and several other operational considerations, Kabul airport is not going to be an option for the next week at least,” he said, speaking from Cairo.

“One of the problems we have in Afghanistan right now is there is no civil aviation authority functioning, but we are working with Pakistan particularly in the context of Mazar-e-Sharif airport. Because they can work with contacts on the ground so that all the necessary steps to land a cargo aircraft, can be put in place,” Brennan said.

Insurance rates for flying into Afghanistan had “skyrocketed at prices we have never seen before” in the 12 hours since the blast, Brennan said.

“So we are trying to jump through that hoop at the moment and once we have addressed that we will hopefully be airborne in the next 48 to 72 hours.”

Some 97 per cent of the health facilities across Afghanistan monitored by WHO are functioning, he said.

“The more sobering news is these health facilities are rapidly running out of medical supplies and WHO is not currently able to meet these needs.”