Scientists in South Korea have developed a soft robot that changes colour like a chameleon and becomes part of the background, making it difficult to see.

Let’s say that the real thing in this invention is not the robot itself, but its soft fur, which changes its colour in a certain way when electricity passes.

Changing colours to become part of the background to avoid predators and invaders is a special tactic of chameleons and other such animals, also known as “active camouflage”.

The same natural ability of the chameleon has been artificially created in the soft skin of the robot.

Experts hope that with the help of this technology, in the future, fabrics can be made that can quickly change their colour and design to suit the surrounding environment.

In this way, the wearer will also become a part of their background and it will be very difficult to see.

It is a difficult task to make an artificial skin that changes colour instantly like a chameleon because it requires a very complex system that requires constant monitoring of its surroundings as well as the ability to quickly change the colour of the skin as needed.

In the latest issue of the online research journal Nature Communications, Seung Hwan of Seoul National University and his colleagues describe in their article how they overcame this difficulty.

According to the article, they devised a new strategy using layers called “thermochromic liquid crystal layers”. This material is practically the same as used in LCD monitors today. However, it also has the added ability to change colour at changing temperatures.

These layers were connected by networks of very thin (nanometer-sized) wires of silver that were stacked on top of each other, that is, vertically.

By connecting them to colour sensors and feedback control systems, and artificial fur was developed that could change colour according to the environment around them. 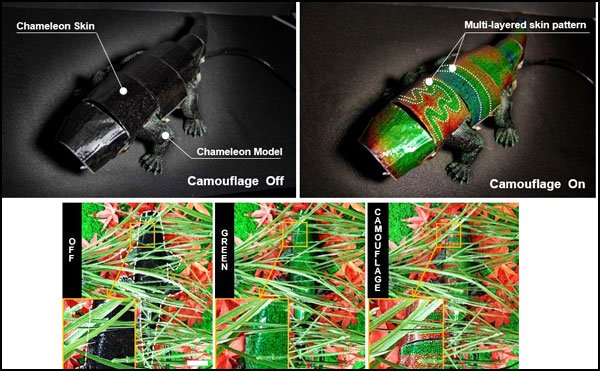 In the end, the fur was applied to the body of a soft robot, creating a “soft robot that changes colour like a chameleon.”

So far, the performance of this fur has been demonstrated in experiments, which have shown that this artificial fur changes its colour immediately according to the changing colour of its surroundings.

However, this is still the initial stage in which, after success, these experts will further refine the skin and make it usable in the practical field.

The biggest challenge in this regard is to increase the area of this artificial fur and maintain its performance. On the other hand, it is also important to improve the resolution in the samples made on the surface of the skin.

Duolingo Reportedly Working On a Math App for Kids

Duolingo, widely known for its owl and language teaching skills, is currently...