Teaser of the telefilm “Ek Hai Nigar” has been released

Shawn shares his shocking opinion on Taylor's boyfriend, Joe: 'he could turn into a villain'

Kangna Ranaut wishes Kareena Kapoor a happy Birthday: 'most gorgeous of them all'

Teaser of the telefilm “Ek Hai Nigar” has been released

A teaser of a telefilm on the life of Pakistan’s first female Lieutenant General Nigar Johar has been released. Mahira Khan has played the lead role in the telefilm.

The teaser of the telefilm “Ek Hai Nigar” about the life of Pakistan’s first woman Lieutenant General Nigar Johar has been released. In the film, Mahira Khan has played the lead role of Nigar Johar. The film is based on the life of Johar, the country’s first Lieutenant General, who was promoted to the rank of the first three-star general of the Pakistan Army. At the same time, she became Pakistan’s first female surgeon general. 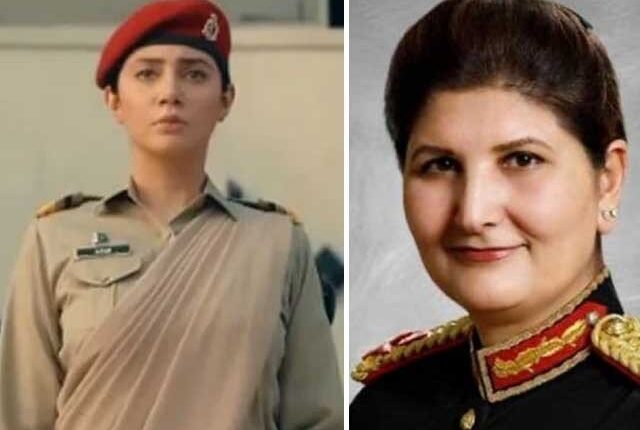 Nigar Johar is a brilliant surgeon who has dedicated her life to the field of medicine. Shee has been associated with the sector since 1985. Mahira Khan has played the role of Nigar Johar in the telefilm while her opposite actor Bilal Ashraf will be seen in the male lead role.

The first part of the telefilm has been shot at the Army Medical College, which will show the life of Nigar Johar’s student life and then her professional life. In the teaser, Mahira Khan as Nigar looks very dignified in the role of Johar.

The story of the telefilm “Ek Hai Nigar” has been written by Umairah Ahmed. The film is directed by Adnan Sarwar and produced under the banner of Nina Kashif and Mahira Khan’s production company Sulfur Films.

Mahira Khan shared the teaser of the film on her social media account and called it an honour to play the role of Nigar Johar. At the same time, she described the story of Nigar Johar’s life as the best and said what is life, what is the story. Knowing about the life of Nigar Johar is like knowing one of the greatest things among us. In addition, the Pakistan Army Public Relations Department (ISPR) has paid homage to Lieutenant General Nigar Johar through this film.

The telefilm will be aired on the private TV channel, but its release date has not yet been announced.

Will Mahira Khan be a part of an upcoming ISPR project?

News is circulating about actress Mahira Khan that she will soon be...

Rollicking spooky stories are what children love. The world behind these tales...