The ultimate guide to the best biryani spots in Karachi

The ultimate guide to the best biryani spots in Karachi

Biryani is one of the most beloved dishes of Pakistan. Considered as the national dish of Pakistan, Biryani, with its combination of special spices and aromatic rice, has gathered fans across the globe. Biryani is produced almost everywhere in the world, however, Karachi is known to be the best Biryani city across Pakistan.

Offering a variety of preferences and flavours, Karachi’s experimentation with the famous rice dish is the reason behind various emotions. Happiness, anger, sadness and astonishment, all expressed through a single bite of delight, Biryani is the one thing you must not miss out on, when in Karachi.

Therefore, to surprise your taste buds and experience the authentic flavour of the royal mixed rice dish, here is the list of top Biryani spots for you to try out in Karachi. 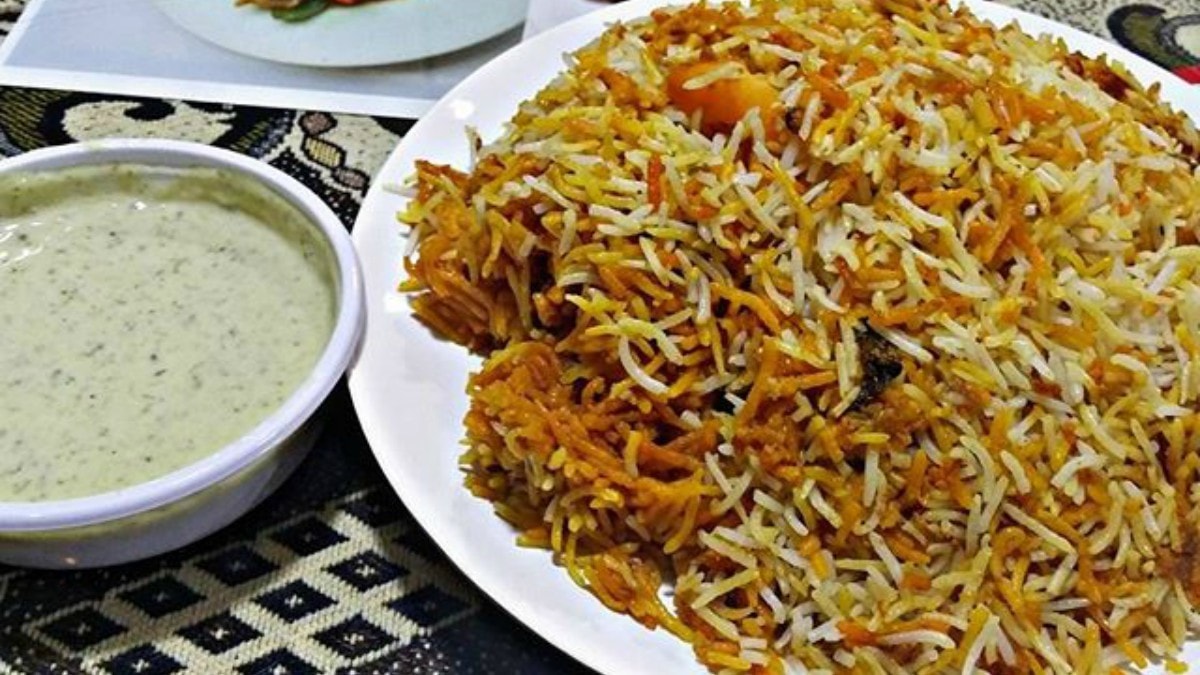 Student Biryani, formerly known as Café Student has been one of the top Biryani spots of Karachi since 1969. With a long history of 45 years, Student Biryani has managed to establish its name in various other countries including Canada and Australia. Founded by Haji Mohammad Ali (Late), the biryani spot started off in the popular area of Saddar, Karachi, surrounded by schools and colleges. The biryani, with its aromatic rice and homemade spices, attracted various students as it was reasonably priced and delicious. Since then, Student Biryani has grown into a massive franchise offering a variety of options and flavours and the biryani is just as delicious as it was in the era of Haji Mohammad. 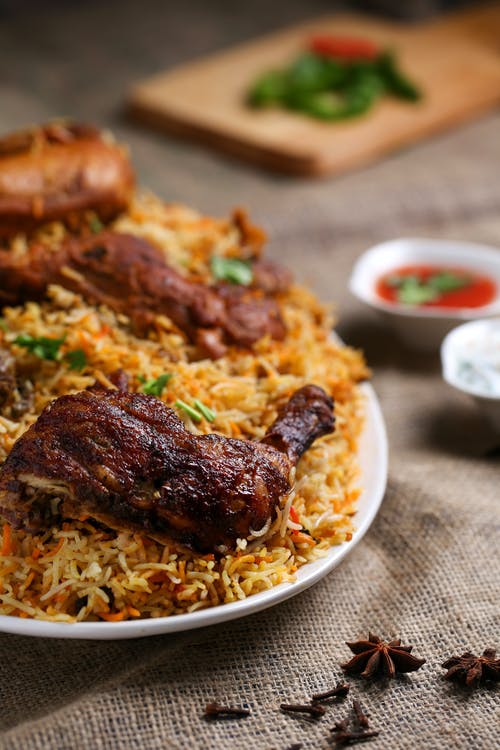 A delicious piece of juicy, tender chicken placed over aromatic yellow spiced rice with a serving of Raita, Nafees Foods chicken tikka biryani redefines the word biryani itself. Nafees Foods and Biryani Centre, popular for its Tikka Biryani is established near the Chemistry department in Karachi University. This royal yellow rice dish is going to hit you with a plethora of new, exciting flavors making it a must-try Biryani in Karachi. 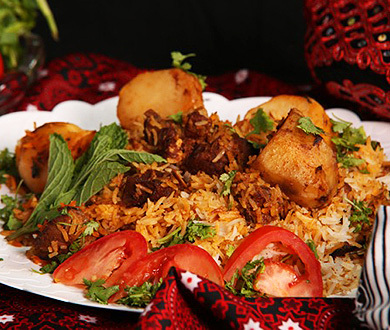 Imagine: a scrumptious, steaming hot plate of Biryani with a side of Raita in just Rs. 170. If you are looking for a delicious and economical burst of flavor, Jeddah Biryani is not going to disappoint you. A leading biryani place in Clifton, Jeddah Biryani prepares their famous dish with long stapled rice garnished with the perfect amount of spices and seasoning. Jeddah Biryani, offering a wide variety of Biryani dishes, will certainly make you satisfied.

05 – Alauddin Biryani I I Chundrigar 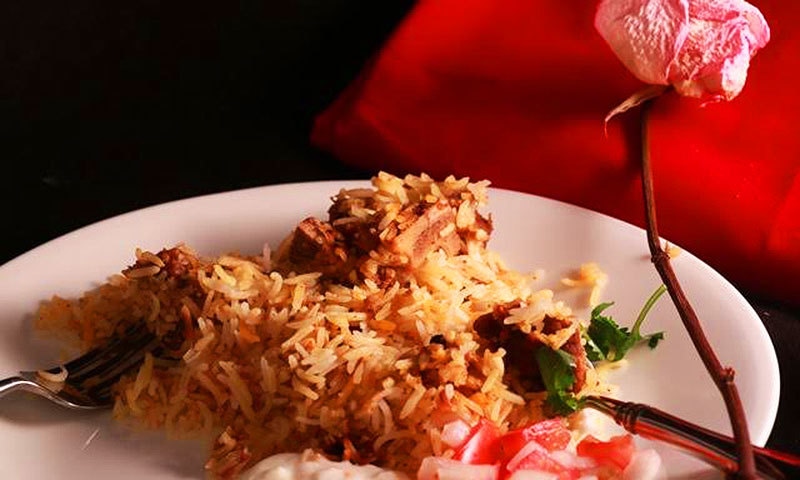 Alauddin Biryani, located opposite Jang Press at I.I. Chundrigar road offers much more than a typical biryani spot. The restaurant has a limited seating capacity of only 30 people but offers an unlimited combination of flavors. Offering a wide variety of items including both chicken and beef Biryani, Not only the famous dish comes at an economical value, but also the excellent mixture of traditional spices and flavorful seasonings makes their biryani a must-have. 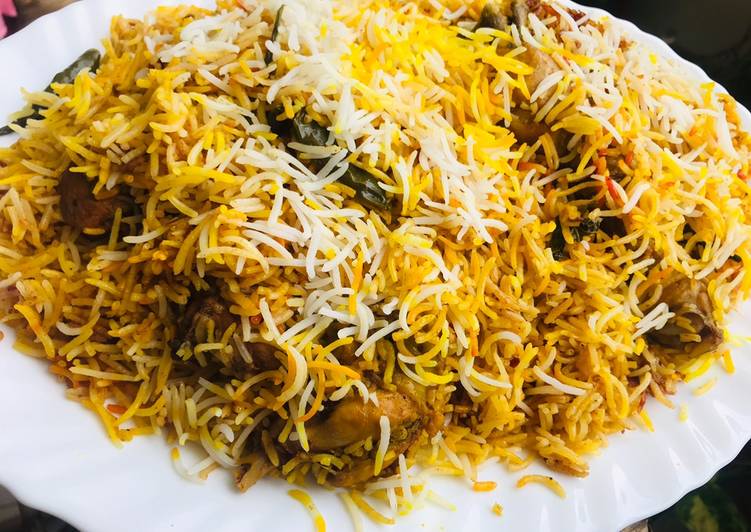 Biryani of the Seas takes the biryani game to the ocean, literally. Introducing a new biryani flavor in the K-town, their motto defines their unique flavors as a desi touch to seafood. Biryani of the Seas started off with fish and prawn biryani, but later added chicken and beef biryani to their menu as well. The place features a great ambience with comfortable seating in family hauls. With the unique combination of flavors, traditional spices and touch of the ocean, Biryani of the Seas will take you on a flavorful roller coaster ride. 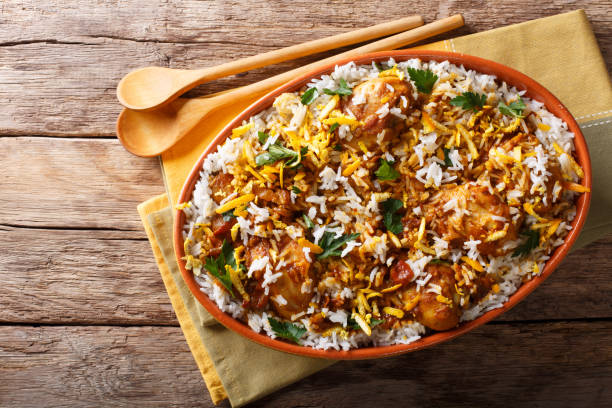 Delicious homemade biryani with chicken, onion, lemon, spices and cilantro close-up on the table. horizontal top view from above

Biryani Centre, first established in 2001, offers a wide variety of biryani flavors, ranging from Chicken Biryani to Fish Biryani, it caters to around 1200 people per day. The place is also known to serve an original mixture of spices, oil and a serving of raita contributing to a unique flavor that differentiates from an average biryani. Moreover, Biryani Centre is spread throughout the city with 4 branches and offers their delicious dish at very reasonable rates. 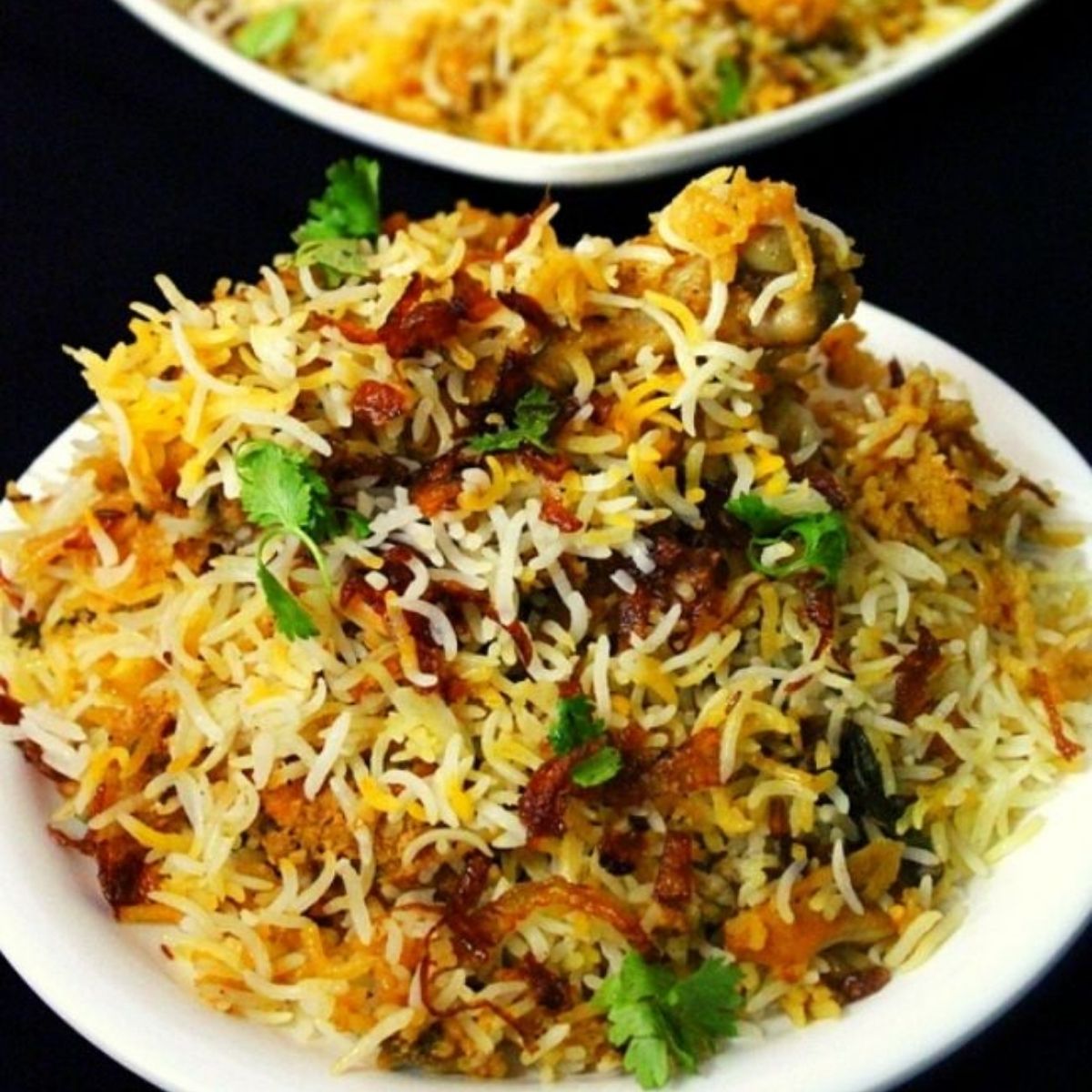 If you are a fan of spicy biryani, Naseeb Biryani is the place for you. Located at Johar, Naseeb Biryani’s spicy fusion of rice and chicken has left K-town in astonishment. As the biryani spot gathered praise overnight, it improved its flavor likewise. Not only that, the biryani also comes at a very economical price of only Rs. 100 per serving. The unique flavors and a burst of spice make Naseeb Biryani a must-try biryani spot. 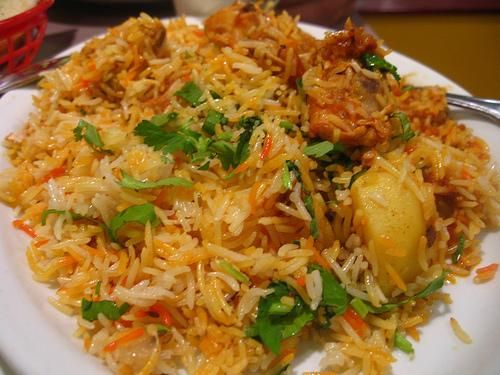 Anoushay Abbasi is a stunning Pakistani actress, model, and former VJ who...

Nazish Jahangir and Mohsin Abbas Haider are two talented actors in the...

According to Simon Davidson, he battled with the porbeagle shark for an...