The Twitter account of the Afghan Embassy in India has been hacked, according to press secretary Abdulhaq Azad.

Several tweets from the Afghan embassy in India’s handle were removed after they criticized Afghan President Ashraf Ghani for fleeing the nation after the Taliban seized power. The Afghan embassy’s press secretary in India, Abdulhaq Azad, then stated that he does not have access to the account because  it has been hacked.

On Monday, the Afghan Embassy wrote in a tweet that “We are all banging our heads in shame. “Ghani Baba” (Ashraf Ghani) fled with his crooks”.

“We are all banging our heads in shame. Ghani Baba @ashrafghani fled with his crooks. He screwed and f***ed everything up. We apologize to everyone for serving the fugitive. May Allah punish the traitor! He legacy will be a stain on our history.” 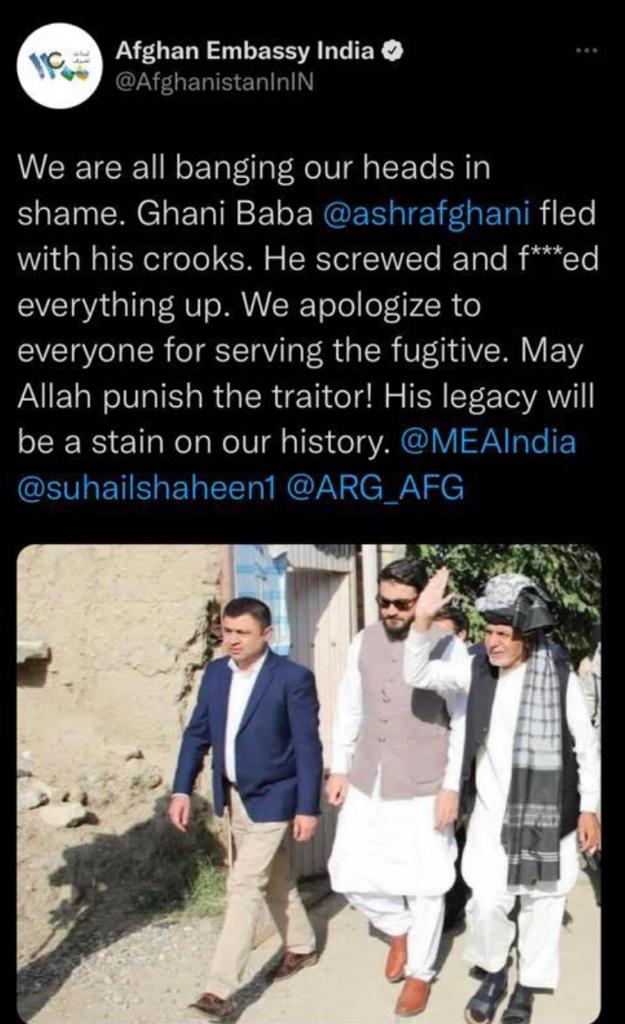 This comes after the president of the country left and admitted the Taliban had won the 20-year-old conflict.

Taliban spokesperson Zabihullah Mujahid has made an apology and said firm action...

DUBAI: As Saudi Arabia is celebrating its 91st National Day on September...

As per on-chain analytics provider Glassnode, Bitcoin is accumulated by miners as...