Who is Pakistan’s Arshad Nadeem?

Who is Pakistan’s Arshad Nadeem?

Arshad Nadeem born on January 2, 1997, is a Pakistani athlete specializing in the javelin throw. He represents WAPDA in domestic competition. In Dec 2019, he established a new South Asian Games record in the Javelin throw with a distance of 86.29 m, thus securing direct qualification to the 2020 Summer Olympics. 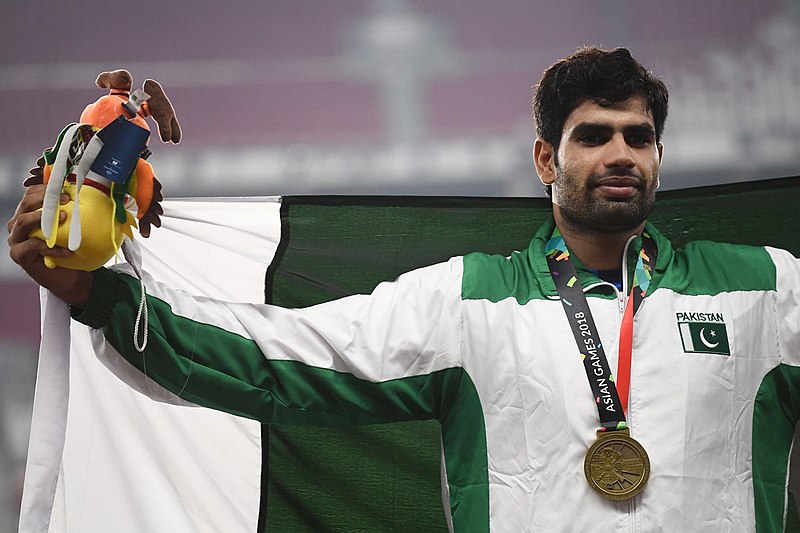 Arshad Nadeem had previously won four national championships and set three national records, but 2019 proved to be his most successful year yet.

He is the 3rd oldest among five brothers in a Punjabi family. Arshad was an exceptionally versatile athlete from his early school years. Though he dabbled in all the sports on offer in his school cricket, badminton, football, and athletics, his passion was cricket and he soon found himself playing it at district level tape-ball tournaments. Upon entering grade seven in school, Arshad caught the eye of Rasheed Ahmad Saqi during an athletics competition. Saqi had a history of developing sportspeople in the division.

Nadeem was one of six competitors to break the automatic qualification standard with a throw of 85.16 meters, finishing behind India’s Neeraj Chopra and Germany’s Johannes Vetter in the Javelin Throw final.

Pakistan’s Arshad Nadeem finished at the fifth position with a throw of...

UK joins US and Australia's diplomatic boycott of Beijing Olympics

Britain on Wednesday joined Australia and the United States in a diplomatic...

Canada said Wednesday it will join the United States and other countries...

Fury must face Whyte in next defence: WBC

World heavyweight champion Tyson Fury must face Dillian Whyte in his next...

Cummins savours 'dream start' as England slump to 147 all out

Pat Cummins took five wickets in a scintillating start to his captaincy...