Guy from Idaho catches 35 grapes in his mouth while juggling

Leading actress Minal Khan and actor Ahsan Mohsin Ikram, the new couple of the Pakistani showbiz industry, are the centre of media attention these days.

However, now the wedding dress of actress Minal Khan has caught the attention of social media users, which has been designed by fashion house Anas Abrar. 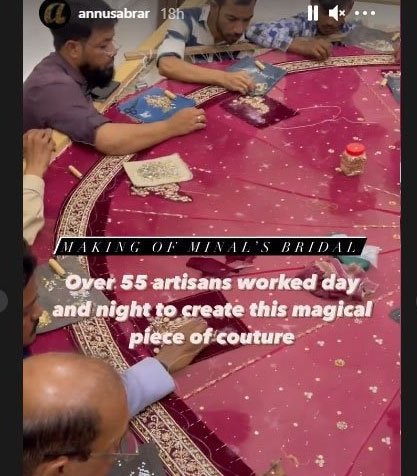 According to Insta Story shared by Anas Abrar, Minal Khan’s wedding dress was made on a red Canberra shed with deep sealed applique, Kamdani and Zardozi.

“Resplendent in a floor-length cranberry pish was Minal is a sight for sore eyes on her Barat in a bespoke 38 kali pishwas says, Anas Abrar” 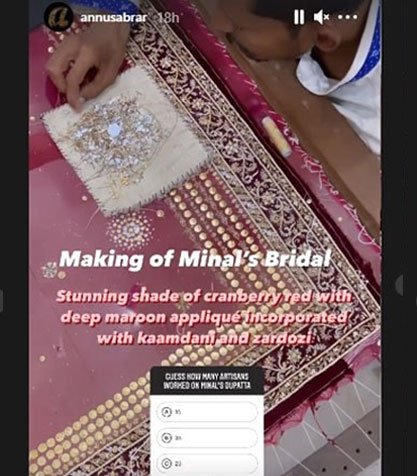 According to fashion designer Anas Abrar, the actress’s wedding dress was worked by 55 artisans day and night. 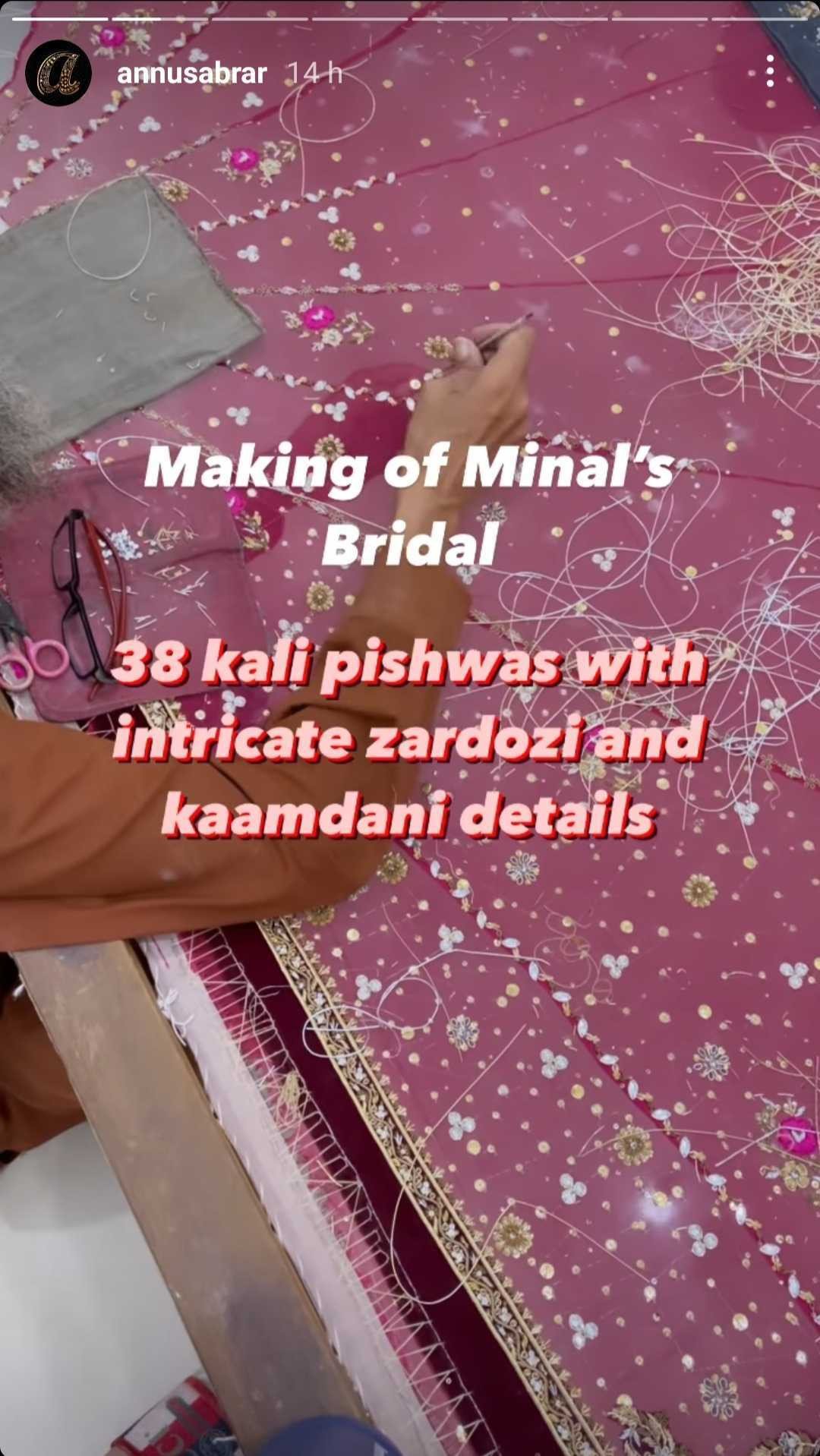 However, it is not yet known what the cost of the actress’s wedding dress was and how long it took to make it.

Earlier, it was seen on a social media post that Minal Khan’s lehenga was worth more than Rs 600,000.

It may be recalled that actress Minal Khan got married to actor Ahsan Mohsin Ikram on the 10th of  September 2021 while the couple’s wedding reception was held on the 12th of September.

Minal Khan and Ahsan Mohsin Khan are all set to take a...

African ‘Nutritious Burger Patty’ is made from 500,000 Flies

A burger patty made from thousands of flies is a unique treat...

While many were impressed by the brilliant concept, others replied on social...

You've most likely learned a lot about reproduction in school. Females are...

When a group of New York foodies put together a 315-foot-long charcuterie...

Pilot spots Tortoise wandering on the runway of Tokyo Airport

When a tortoise was observed roaming on the runway at a Tokyo-area...

Rare Steller's sea eagle escaped from an aviary in Pittsburgh

Memes burst on life ‘before and after Instagram,’ according to social satire

This is a collection of internet comedy from across the world. The...

Cristiano Ronaldo’s ladylove confesses she wants to get married soon

ATHENS: A state of emergency was declared on Monday in the Heraklion...

KARACHI: The repatriation of profits and dividends by foreign companies operating in...