In an unshakeable capitalist world where anything and everything can be monetized, one will not struggle to comprehend why certain organizations and fashion brands in particular jump to take advantage of certain holidays and events where they may have unbridled access to a larger market. Because wherever there is strong emotion tethered to a significant matter, there is a possibility for merchandise. As public support grows, there is a capitalist incentive to align one’s brand with the growing sentiment of it all.

Such is the face of profitable manipulation that shows itself every now and then in Pakistan, the most questionable occurrence being during the month of Muharram. Suddenly, mannequins are wearing more black options than all other eleven months of display combined, website landing pages show you expensive black and white clothing articles, there are entire collections that embody monochrome silhouettes, targeted ads start showing up that house the ‘all black everything’ aesthetic, all this and one might wonder, why the uptick in such homogenous fashion this month? Some brands come right out and blatantly label entire lines as Muharram collections, others leave that title out in fear of backlash, but they know what they’re doing, and so do their consumers.

The ones who overtly labeled their collections as ‘Muharram Collection’ were somehow trying to set a new trend in the name of fashion maybe. After facing an intense backlash they removed the label but continued to earn from people’s grief.

It all boils down to the worst of capitalism; profiting through tragedy and grief. Muharram, a month of mourning and grief in what can be surmised as one of the most tragic events in Islamic history, who would’ve thought a couple of centuries later a fashion brand’s billboard would be advertising an overly priced clothing article to profit off of said grief? 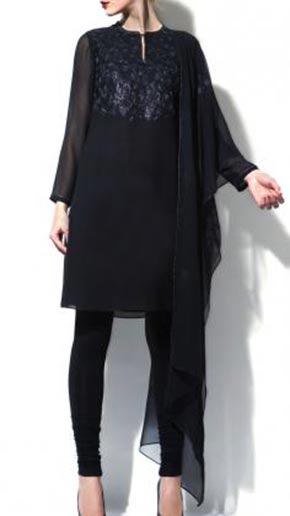 It’s not that filling the need for such clothing in the market isn’t justified; by all means please do so! It is more to do with how such organisations go about marketing or pricing such collections that make the entire orchestration feel crass and illegitimate, which it is. The driving factor here isn’t grief or aiding the community, it is simply profit. Just last year we witnessed several brands coming out with expensive protective face masks and at the same time, they laid hundreds of their employees in a time of unmitigated disaster and uncertainty. In such circumstances, it is only about the rich becoming richer through a vicious cycle of feeding on their consumers each and every emotion (monetised of course!) whilst doing practically nothing of substantial value to help the community.

Last month, one could witness a number of brands come out with their ‘oh-so innocent completely coincidental monochrome prêt-à-porter collections. Big names like Images, Ideas, Ego, Thredz and many more all happened to come out with such clothing ensembles just as the month of Muharram was about to commence, their social media feeds devoid of colourful apparel at the same time. Moreover, this particular situation is charged further with extravagance and designer couture that is exorbitantly priced and aims to stylise or fancify something which in reality is supposed to embody simplicity at its core. It not only takes away the real meaning of Muharram but extends to make a mockery-by-proxy of it. Taking part in such a monetised façade is downright disrespectful, but doing it covertly (i.e. inconspicuous monochrome collections) is worse. The latter suggests that you know what you’re doing is wrong and will be met with criticism, but you do it in a way that yields profits and doesn’t give anyone the proper leverage to lift a finger against you, in an effort to plead “coincidence” in a court of morality.

One further wonders whether these brands which rose to the occasion of providing ready-to-wear attire (notably expensive) do anything else to further the cause of the occasion. In a country where minorities find themselves facing increasing oppression day by day, one would think that using their platforms for advocacy should have been a priority? But of course, businesses aren’t individuals who can advocate, they’re just run by individuals who want to capitalise without having to do anything substantial. In other words, they care about one’s money, not for one as an entity.

As a Shia Muslim, one would feel the need to wear black clothes throughout the month of Muharram, however buying from a brand that one knows will cost one’s arm and a leg is extremely abominable. These clothes are not on sale until Muharram is over and each suit costs from Rs. 8000 (exclusive taxes) to the excruciating amount one can imagine. 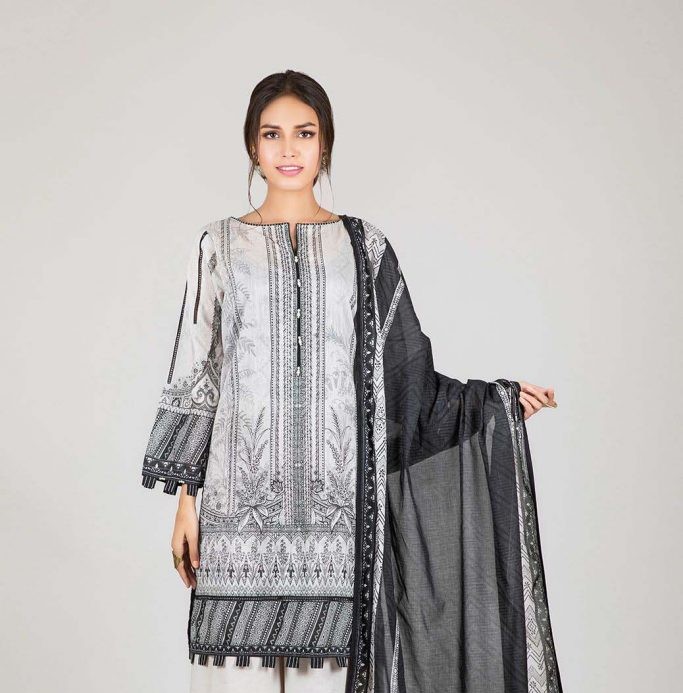 This issue has seldom been brushed under the carpet to keep the game on. Even if we think this from a designer’s perspective, give it the benefit of the doubt and see it as a policy or move of them to show solidarity with shias even then, from nowhere on earth, this makes sense to the people they are trying to show solidarity with as why would they pay through their teeth.

The bottom line; Capitalism and a thinly veiled morality clause that lets these brands carry on with this pattern of oblivious monetisation of grief. Not that there is anything wrong with brands wanting to meet their consumer demands, but the contextual nature of Muharram coupled with the high revenue factor surrounding it makes the entire circumstance reek of a complete disregard for respect and moral legitimacy.

Hafeez pulls out of National T20 Cup’s matches in Rawalpindi

Pakistan all-rounder Muhammad Hafeez, who is part of the squad of Central...