The news of the break-up came a day after Jena Frumes paid a heartfelt tribute to Derulo’s birthday, which has since been deleted.

For fans of Jason Derulo and Jena Frumes, this news might be hard to “Swalla.”

The R&B singer announced his split from the influencer on Thursday, Sept. 23, sharing they “decided to part ways” but remain focused on raising their 4-month son, Jason King. 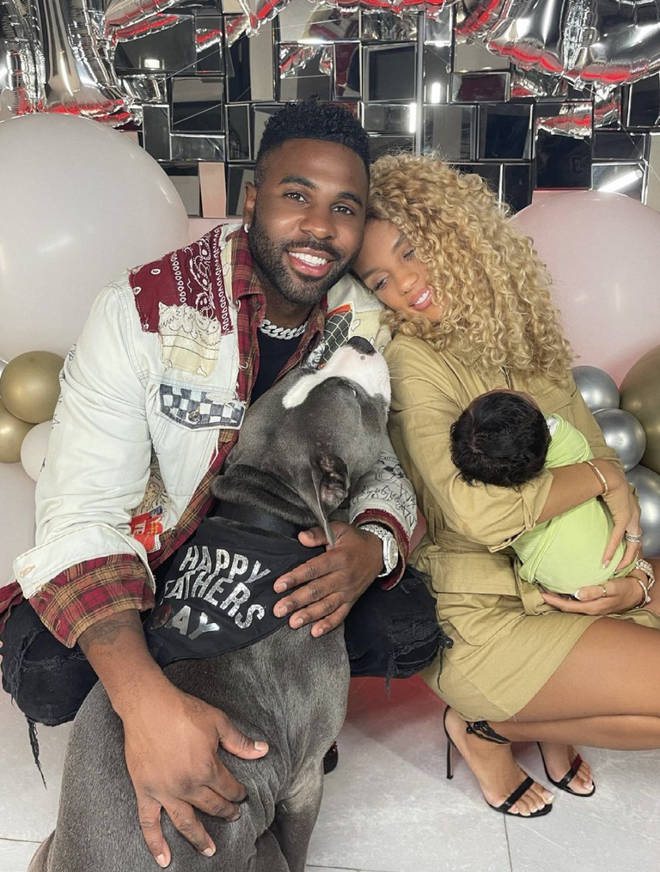 Derulo revealed on Twitter on Thursday that he and his girlfriend had separated. The former couple – who started dating in March 2020 – have a son, whom they adopted in May. 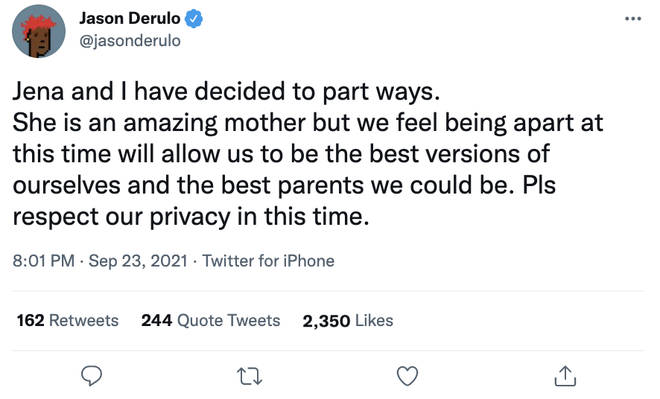 “Jena and I have decided to part ways,” she is an amazing mother but we feel being apart at this time will allow us to be the best versions of ourselves and the best parents we could be”, the singer wrote. “Please respect our privacy at this time”

They became closer in lockdown and grew an even bigger social media following thanks to their hilarious TikToks and prank videos, before announcing Jena’s pregnancy just a year after they started dating, with the model giving birth in May.

Jason Derulo and girlfriend shares glimpse of their Baby boy

Jason Derulo and his girlfriend Jena Frumes welcomed a baby boy as...

Scientists determined that skimming through negative news headlines about coronavirus on Twitter...