No one takes their look as serious as Kim Kardashian for Met Gala or any other event. Ever since she first stepped on the red carpet in the now-iconic floral print Givenchy maternity dress in 2013, you can always count on Miss Kim K to make one of the Met Gala’s grandest entrances. It’s safe to say that the 40-year-old beauty mogul is no stranger to sparking debate online about her Met outfits, for better or worse.

She had the internet divided over her 2019 skin-tight dress nude dress but this year, the reality star showed up in a covered-up, edgy look. Partly influenced by her ex Kanye West, Kim set the carpet ablaze and made some raised brows as she stepped in a completely covered Balenciaga look, including a face-concealing balaclava. Many praised the experimental efforts, while others were left contemplating the meaning behind her look. Kanye introduced the Kardashian to Balenciaga’s Gvasalia and together, they collaborated on a new way for her to express herself and provide a new subculture along with a fashion statement. In fact, her suit resembled a lot like Kanye’s onstage wardrobe during the rapper’s Donda listening parties. But you have to say, her resemblance with a shadowy creature is truly uncanny. 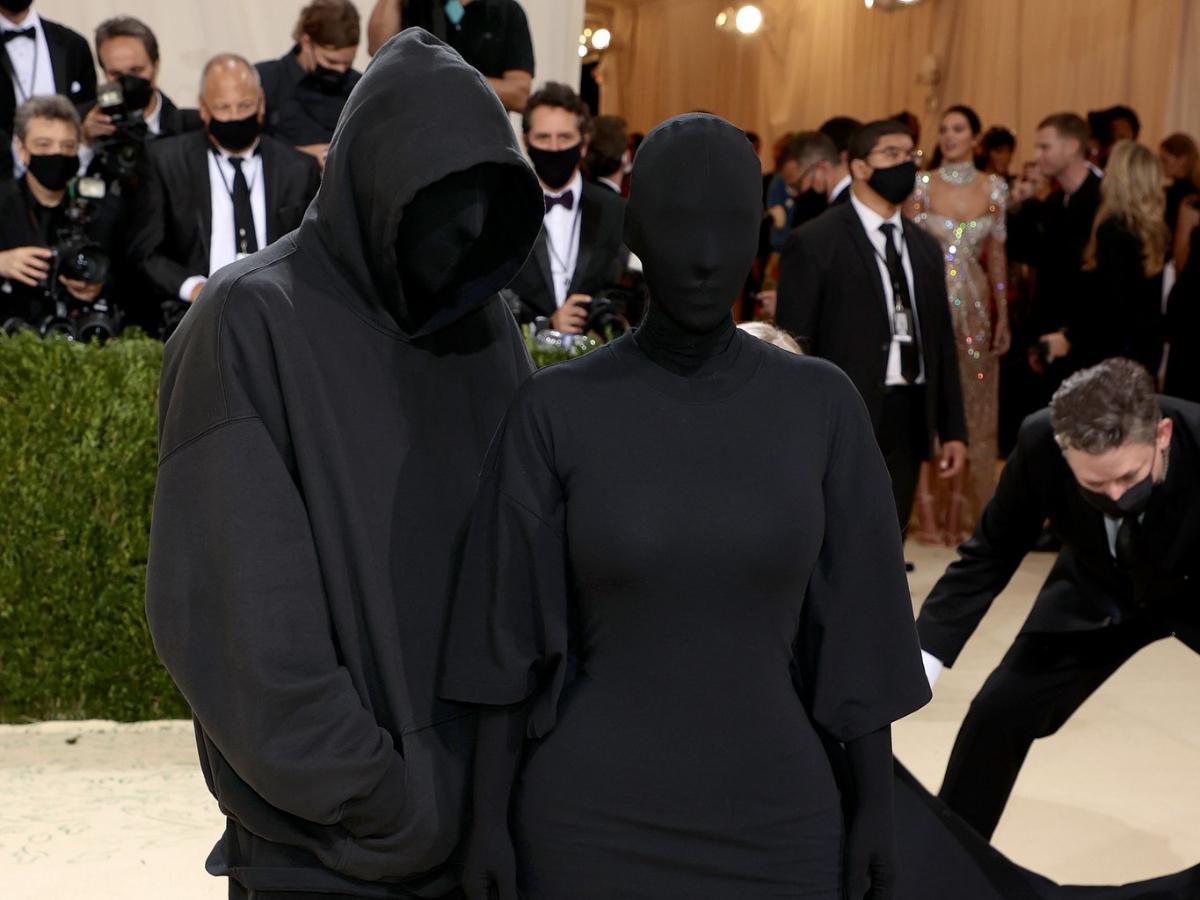 The outfit consisted of a long-sleeve turtleneck bodysuit worn under an oversize T-shirt dress with a long pleated train. The mysterious look was finished with jersey boots, jersey gloves, and a mask.

Kardashian decided to address the speculation about the look with her IG picture “What’s more American than a T-shirt head to toe?!” she captioned on the post. In case you have forgotten, this year’s gala theme was In America: A Lexicon of Fashion. The gown completely shrouded her facial features and figure, giving her a sense of anonymity. And yes, the reality star did wear full-face makeup underneath her face covering.

So whether or not she understood the assignment, we know one thing for sure: Kim deserves to gets full marks when it comes to giving the crowd something innovative!