Sanam is considered one of the most dynamic, spectacular, and eye-catching Pakistani actresses, singers, and models. She is also known internationally for her incredible performances in many serials and films, for which she has received numerous Best Actress awards.

Despite having no creative background, she marked her place in the industry and in the hearts of people with her continuous endeavor and consistency without having any artistic background.

Saeed started her acting career with a supporting role in the drama serial, Daam Hai. In the same following year, she played the lead female role in Mera Naseeb drama. Saeed is best known for her famous Character Kashuf in Zindagi Gulzar hai drama

A few days back, a throwback picture of American singer Ricky Martin popped up on social media and the netizens compared him with Sanam Saeed. 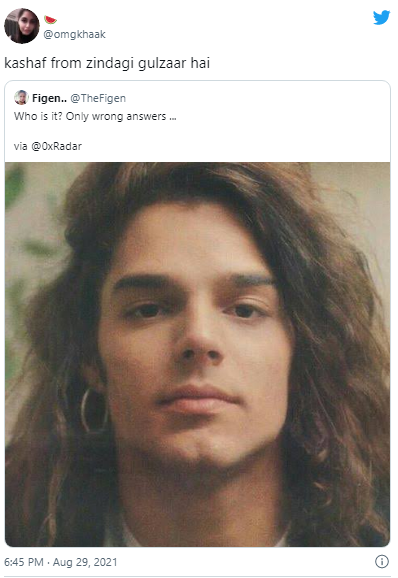