The opposition coalition in the Balochistan Assembly has succumbed to a no-confidence motion against Chief Minister Jam Kamal.

The opposition leaders while addressing a press conference stated that they have a prerequisite number to deseat the chief minister.

Whereas, the motion has the signature of 16 members of the provincial assembly including:

Morally and constitutionally Jam Kamal should no longer use the title of the chief minister, said Balochistan National Party-Mengal MPA Sanajllah Baloch. 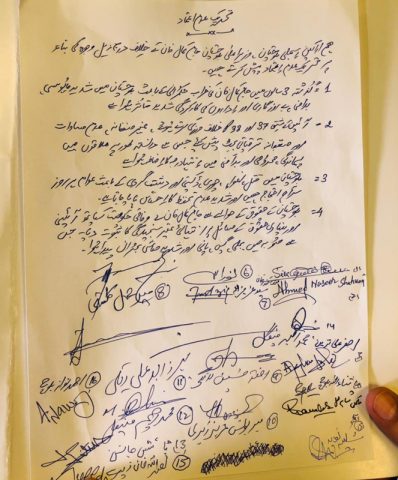 JUI-F MA Mir Zahid Reki Kamal has not done anything in the last three years.

Baloch further stated that support of 33 MPAs is mandatory to get their motion passed.

Ten MPAs from the capital bench will support our motion, he claimed.

Furthermore, Balochistan government spokesperson Liaqat Shahwani said that the opposition’s claim of having a compulsory number of votes to make no-confidence motion effective is baseless.

He stated that all the government MPAs are with CM Jam Kamal.