Rhea Kapoor married her longtime partner Karan Boolani at Anil Kapoor’s Mumbai residence with her family and close friends. Rhea and Karan first met on the set of Aisha which was Rhea’s first film. He worked on the film as an assistant director.

Earlier this month, Rhea and Karan traveled to the Maldives for their honeymoon. She posted a photo of herself sitting in a swimming pool wearing a maroon bikini to her Instagram account. “Left the kids to Nani’s house,” she captioned the photo.

Rhea Kapoor recently uploaded a photo of her date night with Karan Boolani on her Instagram story, which she shared with her fans.

Along with a glimpse of her date night, Rhea also gave a sneak peek into the first gift she received from him about 10 years ago. 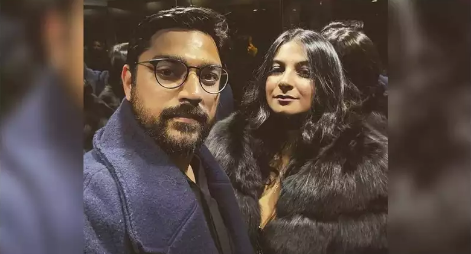 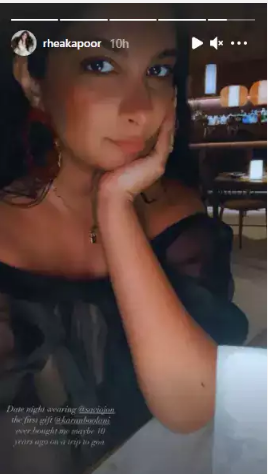 Rhea Kapoor is a film producer from India. As an assistant director,...