Sajal has been nominated for the ‘Best Female Actor Viewer’s Choice’ award for her outstanding performance in the drama serial Alif. Aly’s fans have asked to vote for her after she was nominated for the Lux Style Awards 2021 for the best female actress.

Sajal’s fan page shared a montage video, based on the best emotional scenes from Alif and asked her fans to vote for her.

The post was shared by the caption “Momina sultan, and the best character ever. Don’t forget to vote for her #sajalaly #sajal #alif #mominasultan.”

Later, the Mere Khuwabon Ka Diya actor shared a still from the montage video on her Instagram handle with a heart emoji, she captioned the video “Alif.” 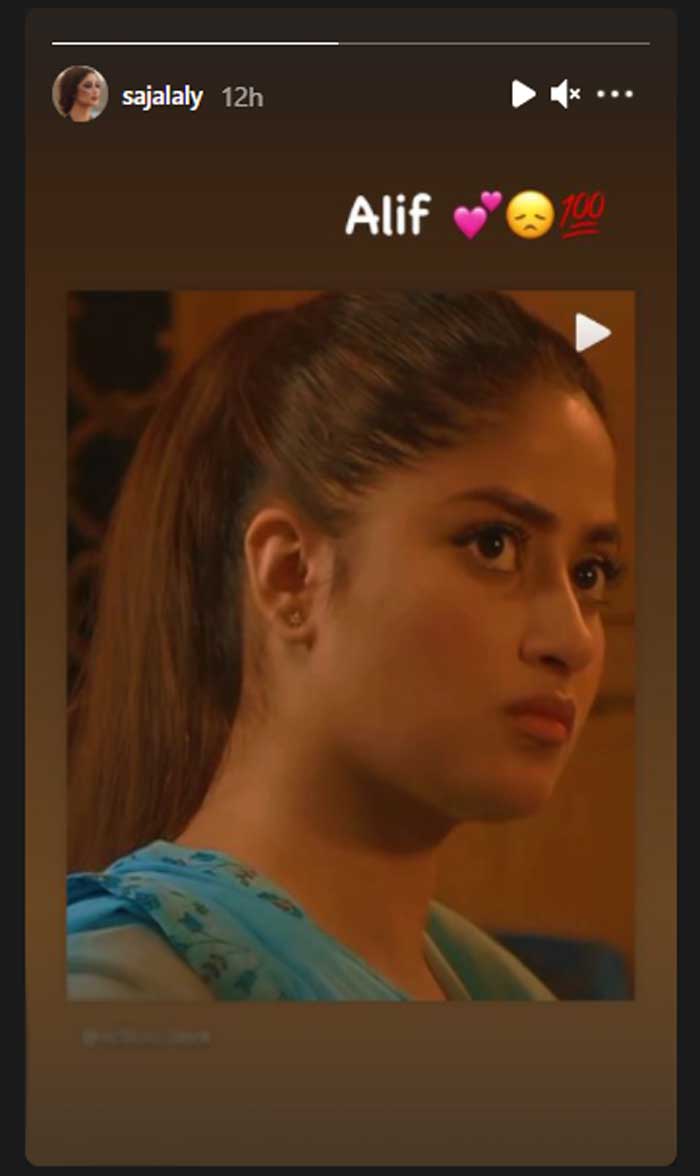 Sajal Aly is known as a beautiful and talented actress in the...