Sara Loren is a Pakistani media personality, model, and actress. She is known for her leading role in several successful television serials.

The actress shared beautiful photos of herself wearing a sky blue outfit to her Instagram account.  The viral picture is getting a lot of likes on Instagram and there are also interesting comments from users. 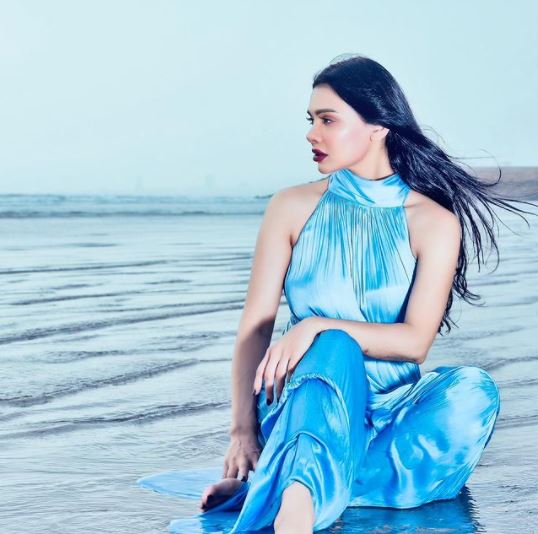 She wrote, with the hashtag. ”🧿 #Lorenzo🎶 #saraloren #freespirit #blue”

Sara is one of those actresses who has always received positive feedback from the audience. She is quite active on her social media accounts and never stays behind in impressing her audience by uploading her latest pictures and videos.