Sonya Hussyn appears to be willing to forgive plagiarism if it is for a worthy cause. Her recent statement about an Indian singer plagiarizing the music video for Shani Arshad’s “Ki Jana,” song which starred Hussyn and Mohsin Abbas Haider.

Nabeel Qureshi, the director of the original music video, has written on his Instagram story about plagiarism, and now Hussyn, one of the stars, has responded as well but her response is quite different from what we expected. 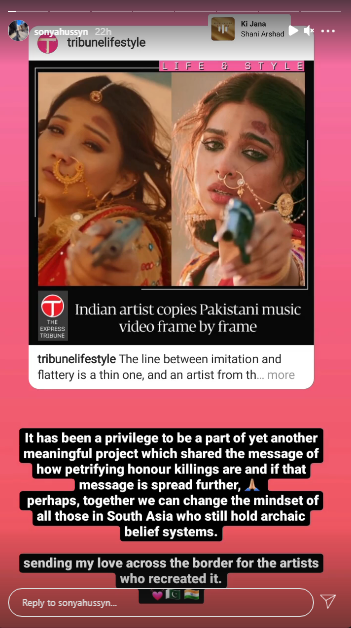