QUETTA: Around 20 people were killed and more than 300 injured when an earthquake of 5.9 magnitude intensity hit Balochistan early Thursday morning, with rescuers trying to reach coal miners reportedly trapped underground.

The epicentre of the earthquake was near the remote mountainous district Harnai, and it was 15 kilometres deep. A lack of paved roads, electricity and mobile phone coverage hampered rescue efforts in the Harnai district, the worst-affected area.

Many of the victims died when roofs and walls collapsed, with a power cut forcing health workers to treat the injured using flashlights.

“We are receiving information that 20 people have been killed due to the earthquake,” said Balochistan’s home minister Mir Zia ullah Langau. He said that medical teams, helicopters, food items, medicines would be sent to earthquake-affected districts on an emergency basis.

A woman and six children were among 20 dead, Suhail Anwar Hashmi, a senior provincial government official in Harnai told AFP, adding that “more than 200 people have been injured”.

“There are reports that some 15 coal miners are trapped in a mine on the outskirts of the town due to the quake,” he added.

A rescue team was being sent to the mine, while helicopters were due to be dispatched to support the rescue effort and evacuate the injured.

Naseer Nasar, the head of Balochistan’s Provincial Disaster Management Authority, warned that the toll may rise.

The quake caused electricity to fail in the area, with health staff working until dawn without lights in a poorly equipped government hospital.

Before daybreak, “we were operating without electricity with the help of torches and mobile flashlights,” Zahoor Tarin, a senior official at the government-run Harnai hospital, told AFP. 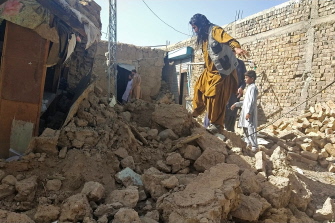 “Most of the injured came with fractured limbs. Dozens of people were sent back after first aid,” he said, adding that “at least 40 people were received with critical injuries”.

“We have imposed an emergency in the hospital and are providing them with medical treatment.”

Private individuals were helping rush the injured to hospitals.

Meanwhile, personnel of the Pakistan Army reached the earthquake-hit areas of Harnai for rescue and relief efforts. Necessary food and shelter items were moved for the earthquake-affected populations, said the media wing of armed forces, Inter-Services Public Relations (ISPR) in a statement. 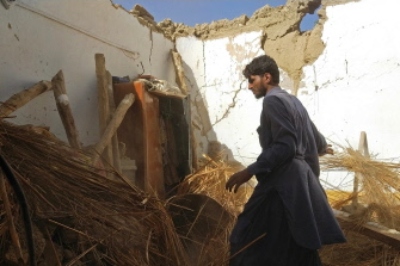 “Nine critically injured were air evacuated to Quetta through Pakistan army aviation helicopters. Inspector-General Frontier Corps Balochistan (North) has reached Harnai for damage assessment and response. Urban search and rescue teams are being flown from Rawalpindi to speed up and assist in rescue activities,” said the ISPR.

The earthquake was felt in towns throughout Balochistan, which borders Afghanistan and Iran, including provincial capital Quetta, around 170 kilometres (105 miles) west of Harnai.

Pakistan straddles the boundary where the Indian and Eurasian tectonic plates meet, making the country susceptible to earthquakes. 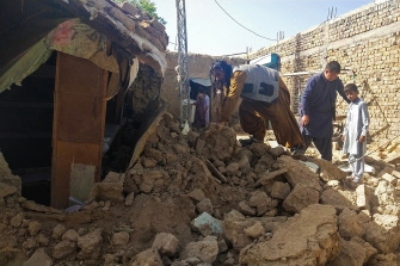 In 2015, a 7.5-magnitude quake in Pakistan and Afghanistan killed almost 400 people across rugged terrain that impeded relief efforts. The country was hit by a 7.6-magnitude quake in 2005 that killed more than 73,000 people, and left 3.5 million homeless, mainly in Azad Jammu and Kashmir (AJK).

DUBAI: The Pakistan Pavilion established at the Expo 2020 Dubai achieved a...

Prime Minister Imran Khan arrived in the holy city of Madinah on...

DUBAI: As the cricketing world gears for the big clash between arch-rivals...