ISLAMABAD: Shahzaib Ahmed, a 14-year-old boy from Balochistan, was not sure whether he was dreaming or it was for real when a powerful earthquake rattled his house in the wee hours of Thursday.

“I was in my deep sleep when I felt that my bed was shaking intensely. I thought I am having a bad dream. While I was still in the process of figuring out the situation, the walls around my room collapsed suddenly, injuring me and my two younger siblings sleeping next to me,” Ahmed told Xinhua while lying in bed at a hospital in Harnai district of the province. 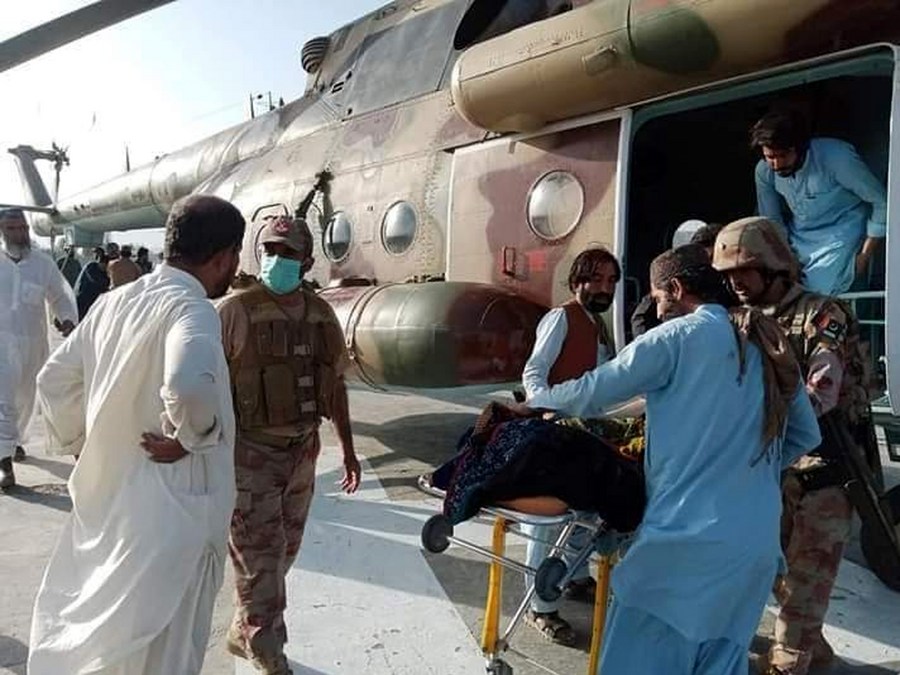 “There was a chaotic situation… My neighborhood was in an uproar. Before I lost my consciousness due to overwhelming fear, I could hear people crying out for help as they got trapped under the rubble of their collapsed houses. Women and children were screaming from pain,” he said.

“When I regained my consciousness, I was in a hospital full of injured people, including my sister and a brother.” 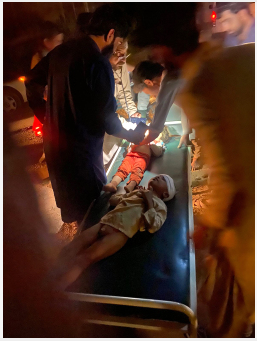 Ahmed is one of the victims of a 5.9-magnitude quake that struck parts of Balochistan at 3:01 a.m. local time on Thursday, killing at least 15 people and injuring over 200 others, Muhammad Zaman, an official from the Provincial Disaster Management Authority (PDMA) in Balochistan told Xinhua, adding that the remote mountainous Harnai district was the most affected area of the province where most of the casualties and damages have been reported.

Earlier in the day, home minister of Balochistan Mir Ziaullah Langau told media that at least 20 people were killed and over 300 others were injured in the earthquake. 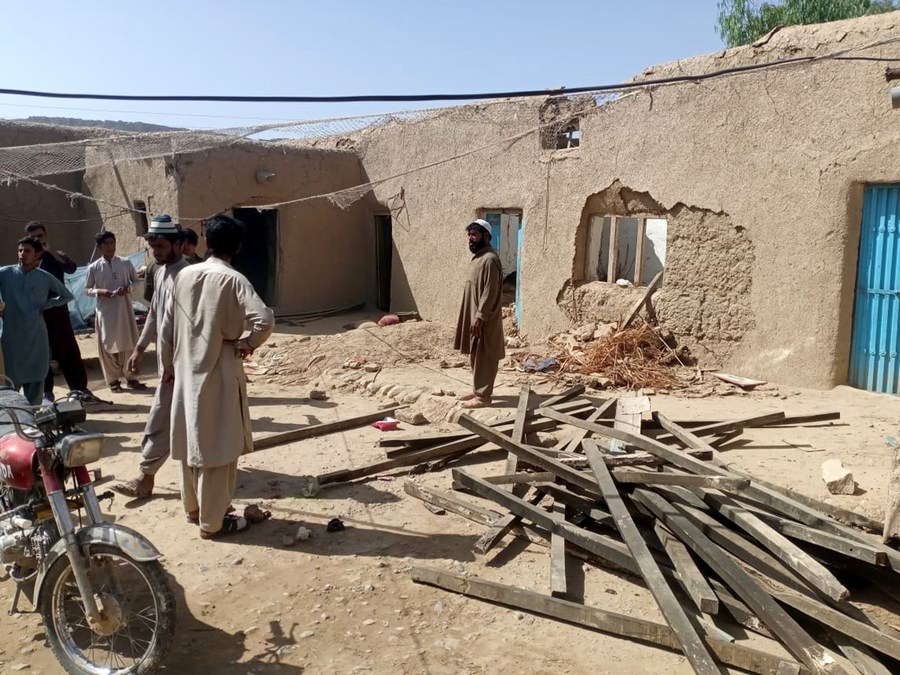 The earthquake was centered near Harnai district, with a focal depth of 15 km, according to the National Seismic Monitoring Centre of Pakistan.

Muhammad Naseer, a 38-year-old factory worker, was on his way back home after a night shift when the quake jolted buildings and houses in his locality.

“I was entering my street when I saw the roofs and walls of several houses coming down with a loud bang. Afterwards, there was a dense layer of dust that I could hardly see anything for some time… Without thinking even for a minute, I just rushed towards the place where I had heard screams of people,” Naseer told Xinhua.

He said he along with other volunteers in the area managed to pull out several victims trapped beneath the debris and shifted them to nearby hospitals, adding that his house was also damaged in the earthquake, but luckily the tragedy did not cause any serious injuries or death to his family. “I am lucky that no member of my family was hurt.”

Zaman said that the exact damage caused by the deadly earthquake has not been ascertained yet as rescue and relief activities are underway in the affected areas. 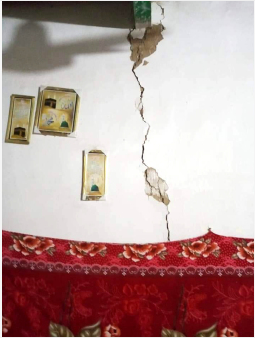 Rescue personnel have been facing difficulties to perform expeditiously in the hard-hit area of Harnai due to the lack of proper roads, electricity and communication services, Zaman said, adding that dozens of houses, private buildings and government structures were damaged or destroyed due to the earthquake.

At least 15 miners have also been trapped underground as an earthquake-triggered landslide struck a coal mine located in the suburb of Harnai, police sources in the area told Xinhua. “Search operation has been kicked off to rescue the trapped workers.” 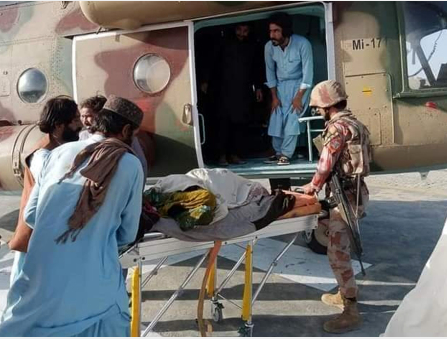 Commenting on the disastrous situation, Chief Minister of Balochistan Jam Kamal Khan said that assistance and evacuation efforts were being carried out by relevant government departments along with the assistance from the Pakistani military.

“Blood, ambulances, emergency assistance, helicopters and all the rest things are placed… All departments are working on it,” Khan said on social media, adding that 35 critically injured people have been sent to Quetta, the provincial capital.

Earthquakes in Pakistan occur often and are sometimes very destructive as the country remained among the most earthquake-prone regions of the world. In October 2015, at least 230 people were killed, and over 1,600 were wounded when a 7.5-magnitude earthquake jolted parts of Pakistan. 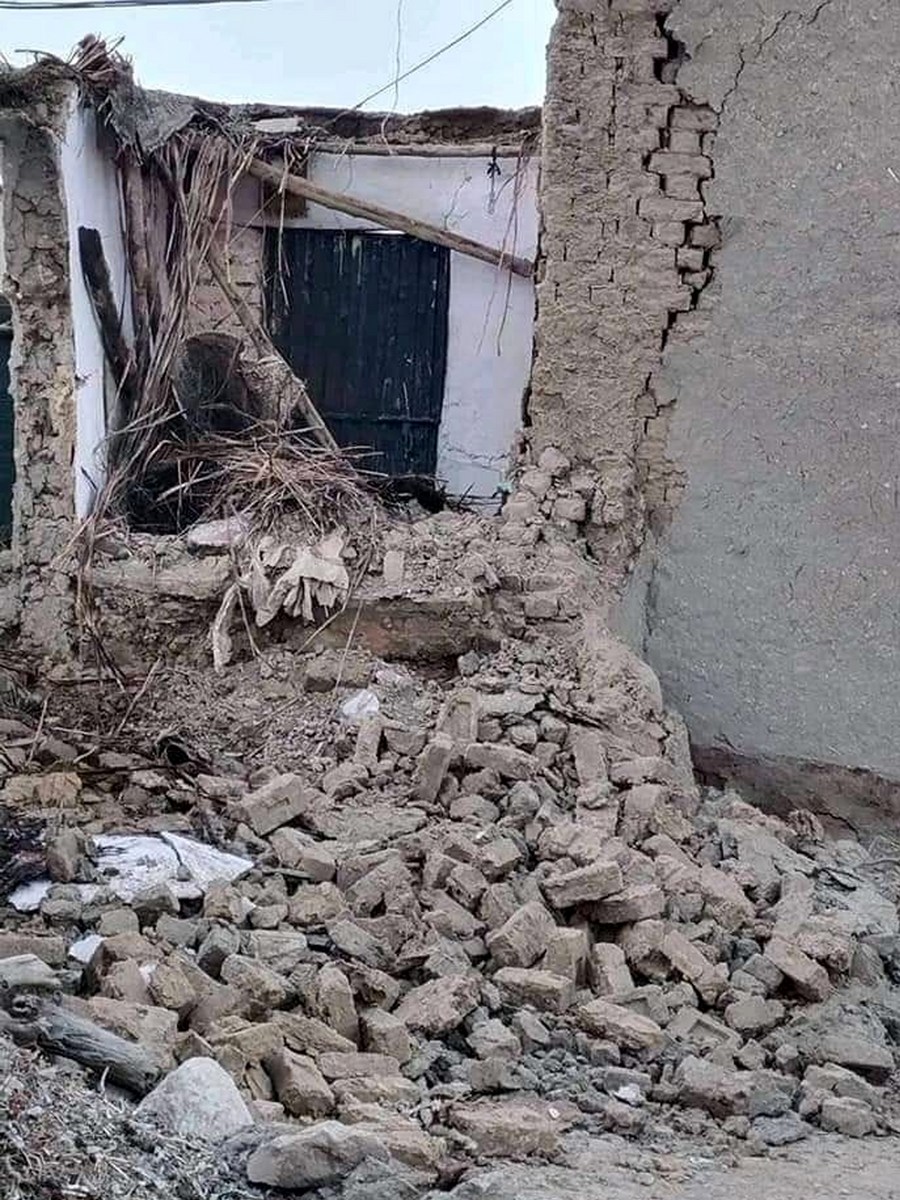 KARACHI: The older a woman gets the higher their chances of being...

KARACHI: The Supreme Court of Pakistan on Monday ordered the demolition of...