Rupee to stay under pressure on high external payments

KARACHI: Consul General for the Republic of Indonesia in Karachi Dr June Kuncoro Hadiningrat hosted a meeting with six universities in Karachi to promote education cooperation between the two countries.

There was also a virtual participation from the Department of International Cooperation and faculty members of the Universitas Sumatera Utara (USU) Indonesia. 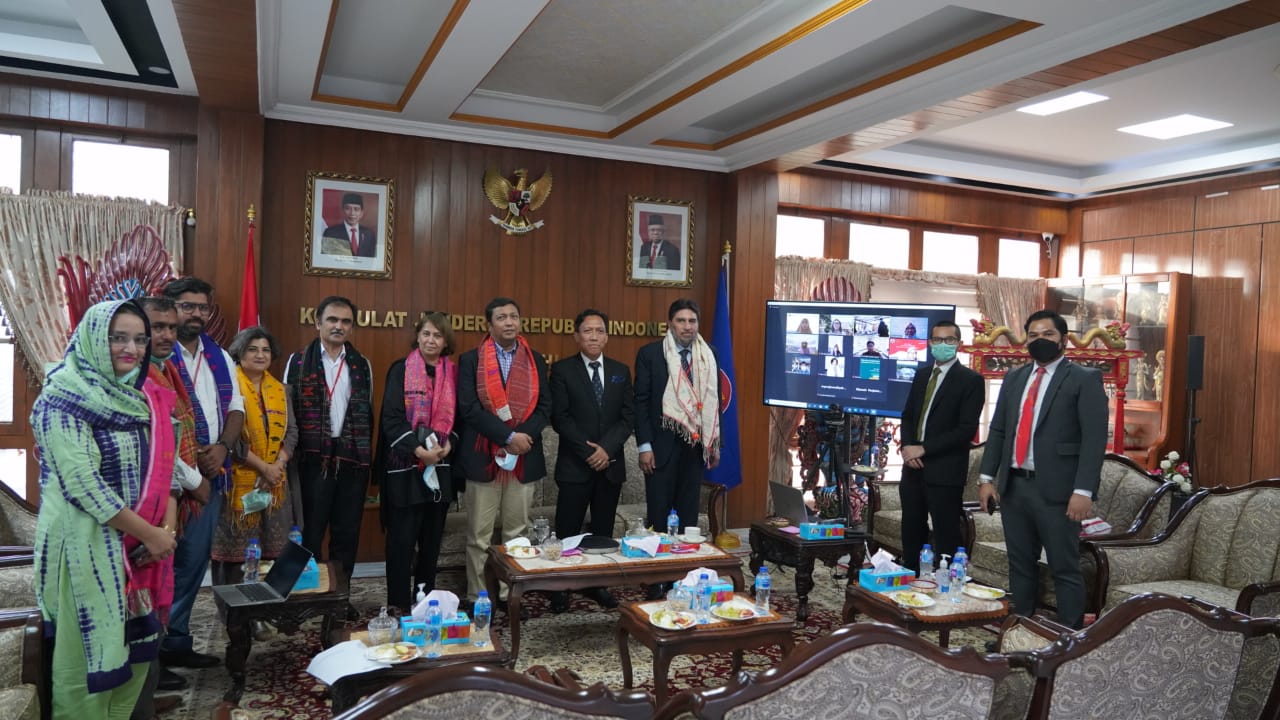 During his opening remarks, Dr June highlighted the importance of education cooperation as one of the instruments in promoting bilateral relations between Indonesia and Pakistan, especially in terms of people-to-people contact.

Expressing his keen interest in facilitating the meeting, Prof Iqbal Chaudhary also proposed the academia of both countries to also consider developing cooperation within the scheme of Reverse Linkage Capacity Development by the Islamic Development Bank, as both Indonesia and Pakistan are members of the OIC and are two of the largest Muslim countries in the world.

The meeting highlighted several proposals for cooperation from each university, such as scholarship programmes, faculty exchange, research supervision, workshops, and seminar/conference across different fields of study such as science, engineering, medicine, business and management, as well as arts and culture.

Further, there was also a special interest in developing Indonesian language courses in some universities in Karachi.

Representatives from the University of Sumatera Utara expressed their gratitude for such great interests proposed by the six universities, and would further finalise their proposals in the form of memoranda of understanding (MoUs) between each universities in the near future.

Closing the meeting, Consul General Dr June expressed high hopes that such cooperation cemented by these universities will pave the way for more inclusive bilateral relations in the academia and education sectors of both countries.

NICOSIA -- Cyprus and Egypt signed a memorandum of understanding on Saturday...

KARACHI: Over 10,000 buyers visited the 35th Lifestyle Furniture Exhibition on the...

KARACHI: The fuel is on fire, and not literally. With the latest...

LONDON: A key index tracking the prices of industrial metals, including aluminium,...

Version of Banksy 'Girl with Balloon' sells for £3.1 million

LONDON: A version of Banksy's celebrated “Girl with Balloon”, set on two...