‘It’s a big joke’: Zahir Jaffer on Noor Mukadam case as he goes on trial

‘It’s a big joke’: Zahir Jaffer on Noor Mukadam case as he goes on trial

ISLAMABAD: Pakistani-American man, Zahir Jaffer, accused of raping and beheading his girlfriend, the daughter of a former ambassador, went on trial Wednesday in the capital Islamabad.

The brutal murder of Noor Mukadam, 27, in July sparked protests across the country and calls for reform to Pakistan’s gender violence laws.

Jaffer, 30, from a wealthy industrialist family, has denied killing Mukadam and has termed the case proceedings against him “a big joke” while responding to a reporter’s question outside the courtroom in a viral video on social media.

“The trial has formally started. Our first witness was examined today and we will produce five more witnesses at the next hearing”, Shah Khawar, a prosecution lawyer told AFP outside the court in Islamabad. 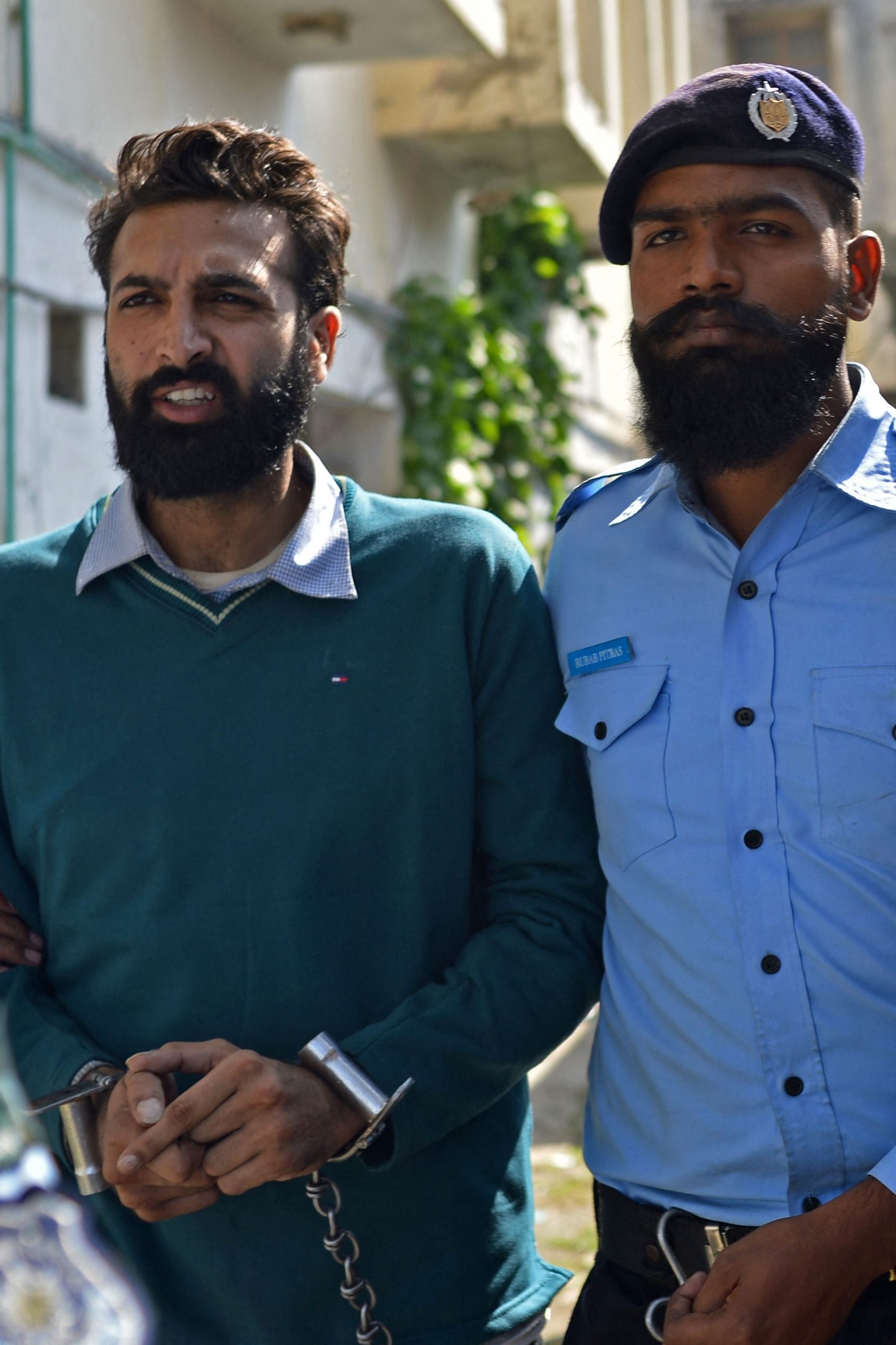 A policeman escorts Zahir Jaffer (L), who went on trial accused of raping and beheading Noor Mukadam after his court hearing in Islamabad on October 20, 2021. Image: AFP

The 27-year-old was attacked after refusing a marriage proposal, attempting repeatedly to escape Jaffer’s sprawling mansion in an upscale neighbourhood in Islamabad but blocked each time by his staff, a police report said.

Jaffer raped and tortured her with a knuckle duster before beheading her with a “sharp-edged weapon”, it added.

“Her life could have been saved had the accomplices acted otherwise,” the report said, which was presented to the court in a previous hearing.

Eleven others have also been charged in connection to the murder, including some of Jaffer’s household staff, his parents, and others who were allegedly asked to conceal evidence.

Mukadam’s murder received national attention due to a growing, youth-driven women’s rights movement in the country where victims of violence are often discouraged from speaking out and blamed for the abuse.

According to a government survey conducted between 2017-18, 28 per cent of women aged 15-49 have experienced physical violence in Pakistan. However, experts believe the figure is expected to be higher because of underreporting.

The murder of Mukadam, whose father served as Pakistan’s ambassador to South Korea and Kazakhstan, is one of the most high-profile cases of violence against women since the government introduced new legislation designed to speed up justice for rape victims.

It is typical for court cases to drag on for years in Pakistan, but prosecutor Khawar said he expected the trial to be concluded within eight weeks.

Prime Minister Imran Khan has pledged that the accused would not escape justice for being part of the Pakistani elite and a dual national.

Minister for Information and Broadcasting Fawad Chaudhry has said that Pakistani people...

CANBERRA: In a diplomatic achievement for Pakistan, the government of Australia has...