Umar Cheema planted fake documents in the past as well.

“While globally journalists were busy in the largest investigation in journalism’s history to expose the shadow financial system, the Pandora investigation itself was infected with one puppet journalist, who was working to fulfil his master’s agenda,” wrote Thomas in his recently published blog.

He said that his sources have confirmed that Mir Shakil ur Rahman’s owned Jang/Geo Group’s employee, Umar Cheema, incorrectly added the name of Shoaib Shaikh, Chairman and CEO of the Bol Media Group and IT company, Axact, and several other businessmen in the Pandora leaks at the behest of his employers.

The father and son duo of Mir Shakil ur Rahman and Mir Ibrahim were responsible for injecting false information in these papers, he said.

Thomas said that his sources had confirmed that reporter Umar Cheema (a member of the ICIJ’s team in Pakistan, along with another Jang Group employee Fakhar Durrani) negotiated his price with his employers when he found out that Mir Shakil ur Rahman’s name also appeared in the leaked papers for operating an offshore company.

“The (father and son) duo (offered a) hefty amount” to Umar Cheema to inject more names of their choice in the Pandora list, he said.

“At first, Mr. Umar Cheema was hesitant to add these names… but later he got onboard. This was not because of the change of heart, but because of (a) change of offer.”

Thomas said that he would disclose the lucrative offer made to Cheema.

The lawyer wrote that there were many cases against Mir Shakil and his son for planting fake news and documents.

“My sources have confirmed that they were also previously involved in creating fake cases and planting fake documents against Shoaib Shaikh — in fact the prosecution witness in the same case himself admitted of their involvement,” he said.

Quoting the old case against Shoaib Shaikh’s IT company, he said that Yasir, a former Axact employee used in the case, had met with Declan Walsh and Mir Shakil in Dubai several times.

“Declan Walsh’s 2015 article in The New York Times against Axact was fabricated and a conspiracy,” he said.

Explaining the conspiracy, Thomas wrote that Pakistan’s FIA in that same case also submitted a fake FBI’s document in the court which according to an official was provided to them by Cheema. 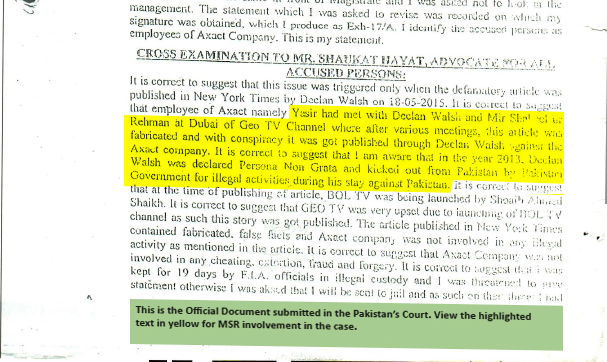 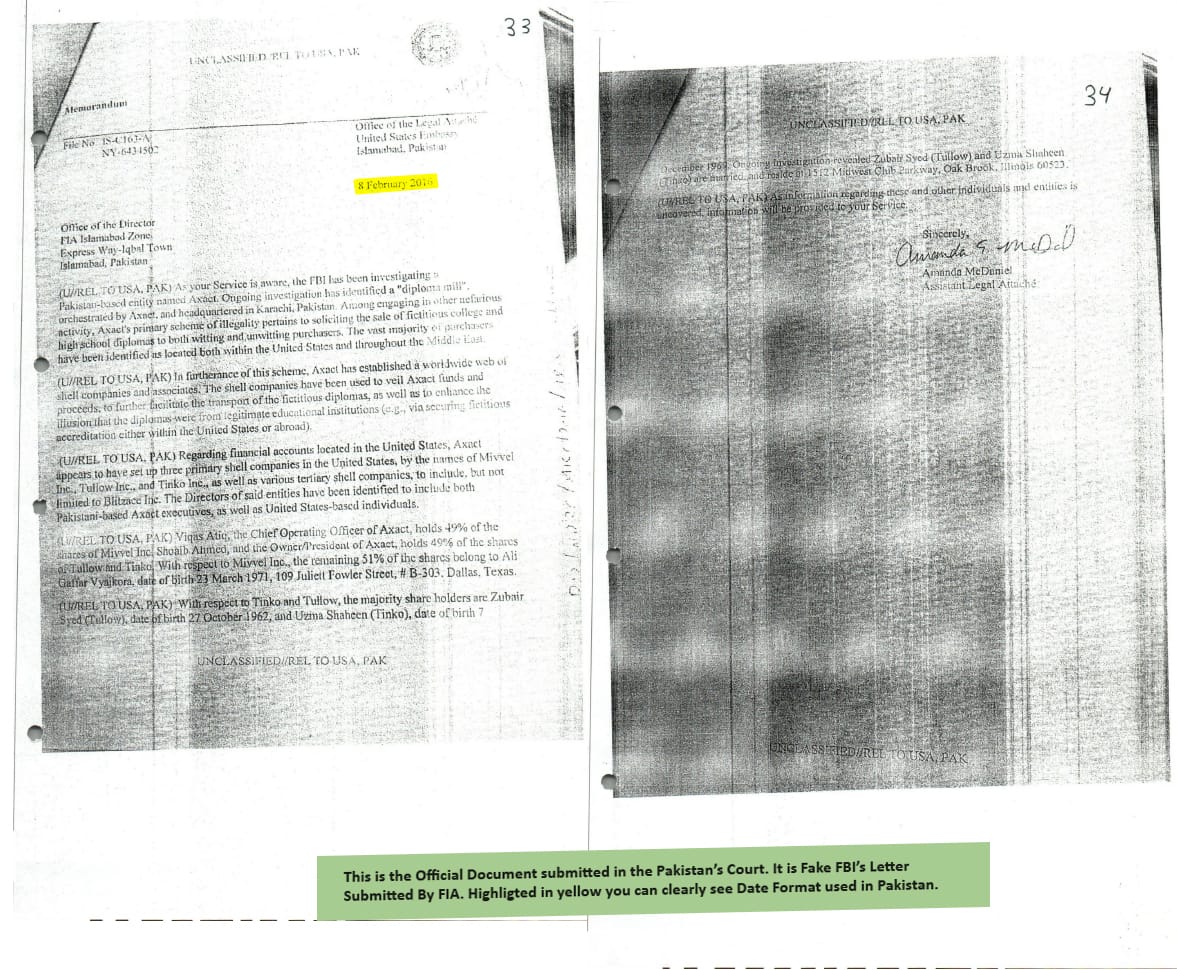 When the letter was sent to the FBI for authentication, it was found out to be fake. 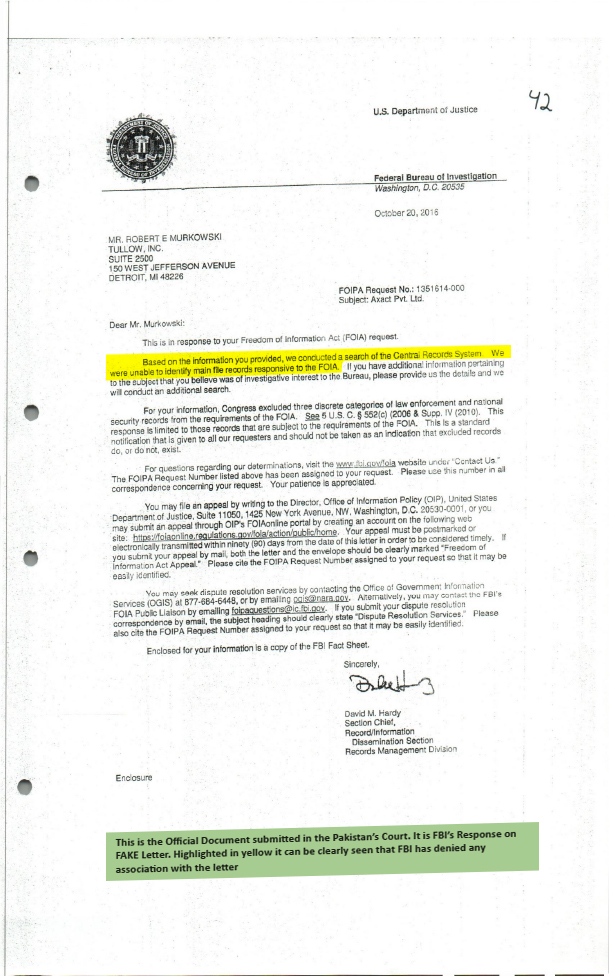 The US law firm has also clarified a Pakistani court on this issue. 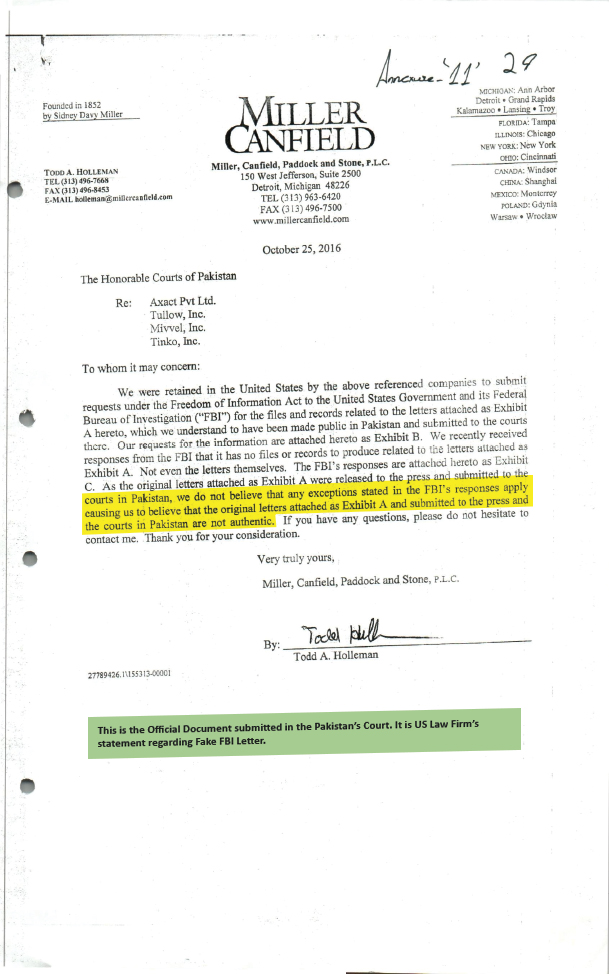 All of these documents were part of the case and submitted in Pakistan’s court of law, he said.

According to Thomas, it was absolutely clear and proven that fake documents, fake cases and fake stories were regularly being planted by Mir Shakil and his son, Mir Ibrahim, but the real question is why Pakistan’s institutions fail to act against them?

Erdogan steps back from threat to expel Western envoys

ANKARA - Turkish President Recep Tayyip Erdogan on Monday backed down from his...