NEW DELHI:  Nearly 200 people have died in floods and landslides in India and Nepal, officials said Thursday, with whole families buried in their homes and two young girls swept away as forecasters warned of yet more heavy rain.

Experts say that they were victims of the ever-more unpredictable and extreme weather that has hit South Asia in recent years caused by climate change and exacerbated by deforestation, damming and excessive development.

Nepal recorded the sharpest rise in casualties, with officials saying that 88 people have died, among them a family of six including three children whose house was obliterated by a sudden avalanche of soil and debris. 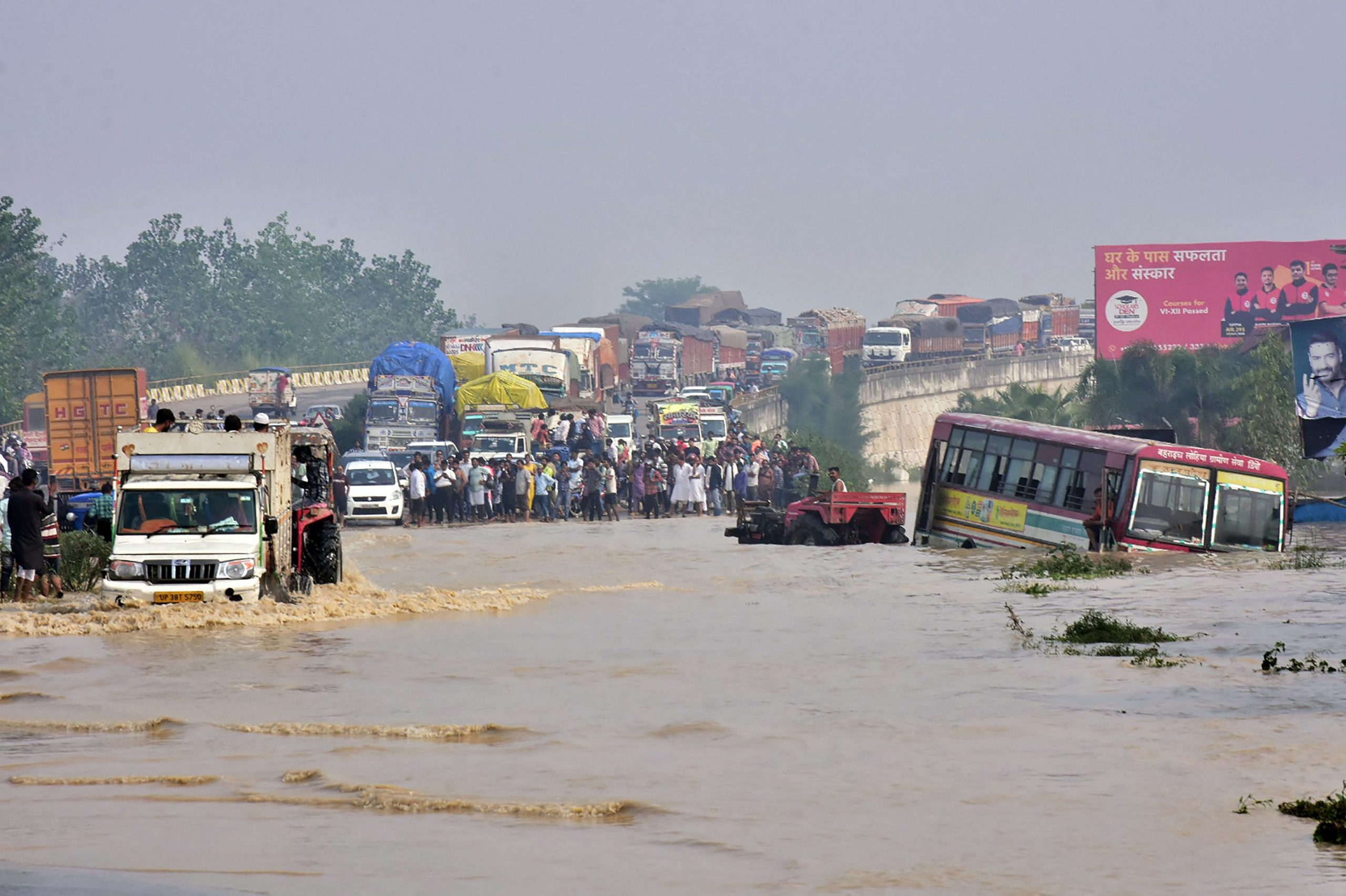 “All District Disaster Management Committees have been actively working for the rescue and relief operations. Under the committee, Nepal Police, Armed Force Police, Nepal Army and other agencies have been mobilised,” emergencies official Dijan Bhattarai said.

In the Himalayan northern Indian state of Uttarakhand, 55 people were confirmed Thursday to have died – five of whom were from a single-family whose house was buried by a massive landslide.

Many bridges and roads have been damaged and many towns have been cut off, and the army has been brought in to restore contact and reach thousands of people stranded.

State Disaster Secretary S Murugeshan said that the death toll may rise further, with a number of people still missing including 20 tourists who went trekking on a glacier.

Five people were killed in the eastern Indian state of West Bengal, including two girls aged eight and 10 from the same family swept away as heavy rains pounded the hills of Darjeeling and other districts.

“Mud, rocks and water tumbling down the hills of Darjeeling damaged nearly 400 houses and several thousand people were evacuated away from the swollen rivers on the foothills,” disaster management minister Javed Amhed Khan told AFP. 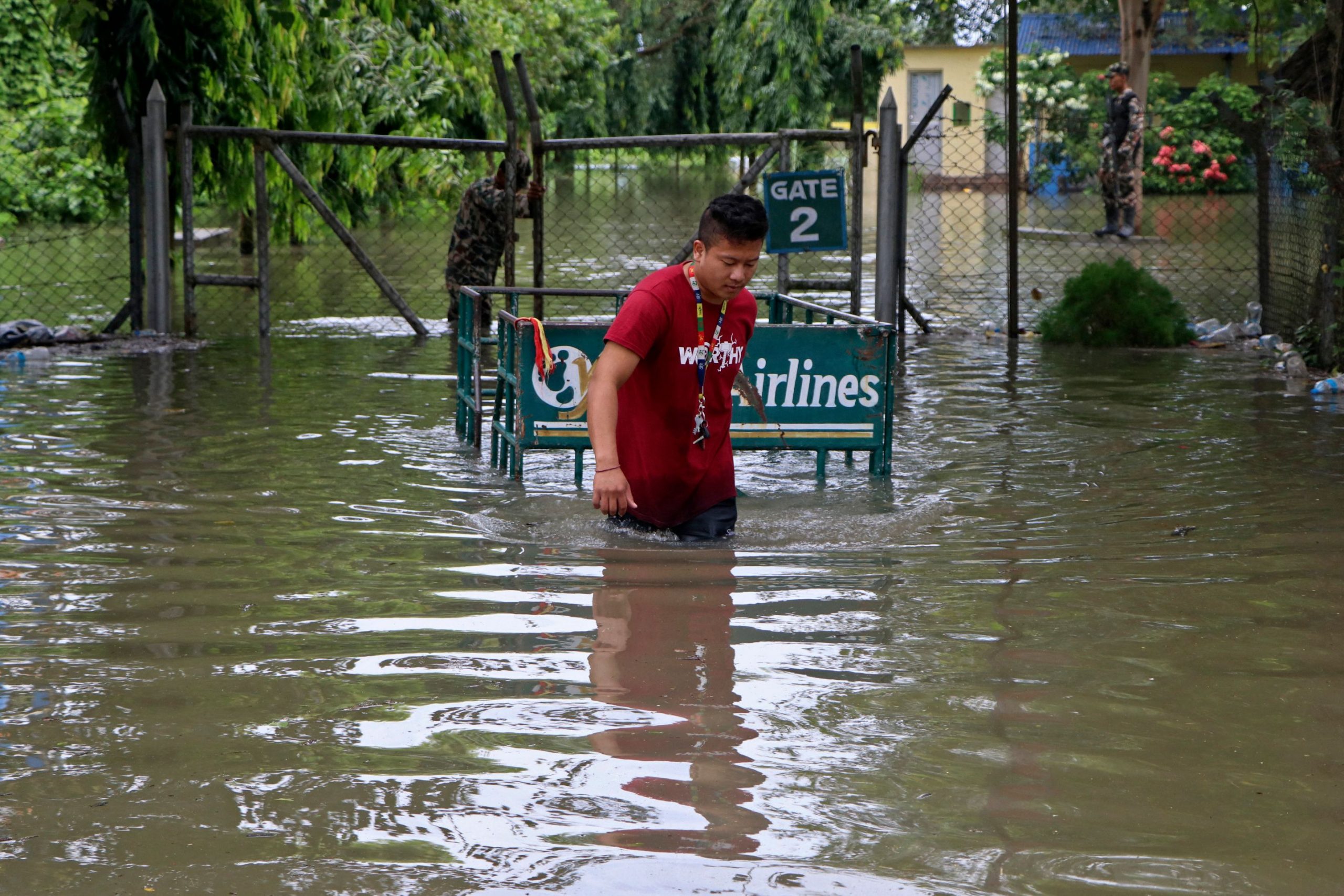 An airlines employee pulls a trolly through the premises of a flooded domestic airport after heavy rains in Biratnagar on October 20, 2021. Image: AFP

“Several hundred tourists are stranded in the hill resort of Darjeeling… Landslides blocked highways and roads in the region,” he said.

The Met Office issued a red alert for the state, warning that extremely heavy rainfall would continue in Darjeeling, Kalimpong and Alipurdur on Thursday.

In Kerala in southern India, where 42 people have died since last week, the weather department has issued warnings of heavy rains in at least three districts in the state after a respite in recent days.

The flooding in the state adjoining the Arabian Sea – which scientists say is warming – has revived memories of 2018, when nearly 500 people perished in the worst flooding there in a century.

A German regional official said Saturday that health authorities have identified the...

The Islamist movement Hamas has warned of "repercussions" over plans by Israel's...

One man was killed, thousands of homes cut off from power and...

Thailand has received more than 100,000 international visitors after exempting quarantine for...