What are the dishes Pakistanis are mostly fond of?

Indeed, Pakistani cuisine has its own unique identity around the world, but which ones are itself Pakistanis favorite dish?

The Gallup Pakistan Survey has published a special report which says that Pakistanis have most of the love for Biryani.

During the survey, almost 120 people from across Pakistan were asked about their favorite dish, while Gallup found out what people like to eat at breakfast.

The survey selected an average number of people to know the opinion of the majority.

When asked about the perfect dish of Pakistanis in the survey, it was found that ‘Biryani’ is the only dish that can be called a proper Pakistani food. 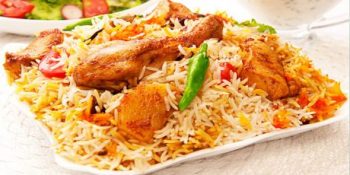 Of the 1,200 people surveyed, 47% declared biryani to be their favorite dish. Pullao was the second most popular food, which was selected by 13% of the population.

Biryani is much popular among the youngsters; at the age of 30, Biryani overtakes other foods and 56% of youths favor Biryani.

In terms of provinces, 60% of the people in Sindh declared Biryani the most favorite. Then comes the Khyber Pakhtunkhwa province, which has 48% of the Biryani lovers.

Surveying Punjab, 44% of the population have love for Biryani while in Baluchistan only 38% are the Biryani lovers.

In breakfast, bread and biscuits stood at 3rd number, favored by only 6% of the population.

While Rusks were favored by 3% and Halwapuri by only one percent of the public.

Alzheimer is a type of dementia, while dementia is a term used...