Our celebrities are usually caught by the camera wearing the same outfits.

Recently a picture goes viral on social media on which Morning show host Nida Yasir and a leading actress of Pakistan’s showbiz industry Mansha Pasha can be seen donning the same white outfit. 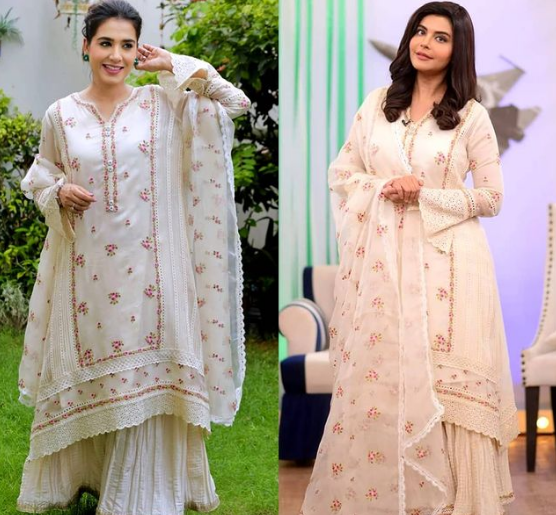 Both of them totally slay in this same outfit in their own unique ways.

Earlier, the morning show host has become the target of trolls after her clip from her show goes viral on social media. The clip was about the Formula 1 car and she faced criticism for lack of preparation and unprepared interview with NUST students in 2016.

Seher Tareen is the daughter of a renowned politician, Jahangir Tareen. He...