Meghan Markle made a touching nod to her late mother-in-law Princess Diana during a Vax Live’s speech on Sunday in her first TV appearance since her and Prince Harry’s bombshell Oprah Winfrey interview.

Meghan wore this timepiece on her left wrist in a sweet tribute to Diana, who died in a Paris car crash in 1997.

After Diana’s death, the watch is inherited by Prince William. But the Duke of Cambridge is believed to have given it to his younger brother Prince Harry in 2009. 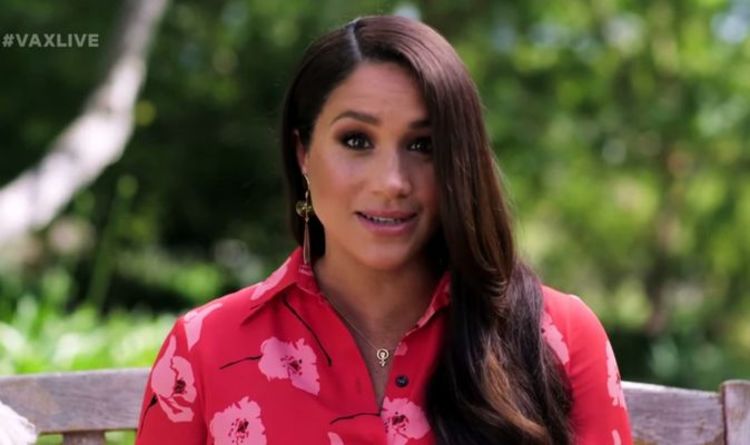 While another responded as saying: “Credit Meghan, she’s showing her appreciation to the royal family there.”

Pregnant Meghan Markle, during her speech, also shared her and Prince Harry’s feelings about expecting a daughter, saying: We’re ‘Thrilled’.

The former actress, who is expecting a little girl, showed off her baby bump in a red and pink floral dress.

Meghan wore her hair loose around one shoulder.

Selena Gomez opens up about her struggle with anxiety and depression

Selena Gomez, an American singer, has spoken out about her mental health...

Chris Brown was accused of hitting a woman during a dispute

Chris Brown, an American singer, got accused of punching a lady during...

Ben Affleck and Jennifer Lopez appear to be ready to take their...