Pakistani folk singers Sain Zahoor and Zarsanga have recently been given the Aga Khan Music Awards, 2022

Sain Zahoor and Zarsanga, two of the leading folk singers of Pakistan, have won the Aga Khan Music Awards (AKMA) for the year 2022. The triennial Aga Khan Music Awards, incepted in 2018, recognize the exceptional creativity and enterprise in the realm of music in Muslim societies across the world.

Among the other award winners are: Zakir Hussain and Asin Khan Langa from India, Afel Bocoum from Mali, Daud Khan Sadozai from Afghanistan, Soumik Datta from the UK, Peni Candra Rini from Indonesia, Yahya Hussein Abdallah from Tanzania, and Seyyed Mohammad Musavi and Mahoor Institute from Iran. 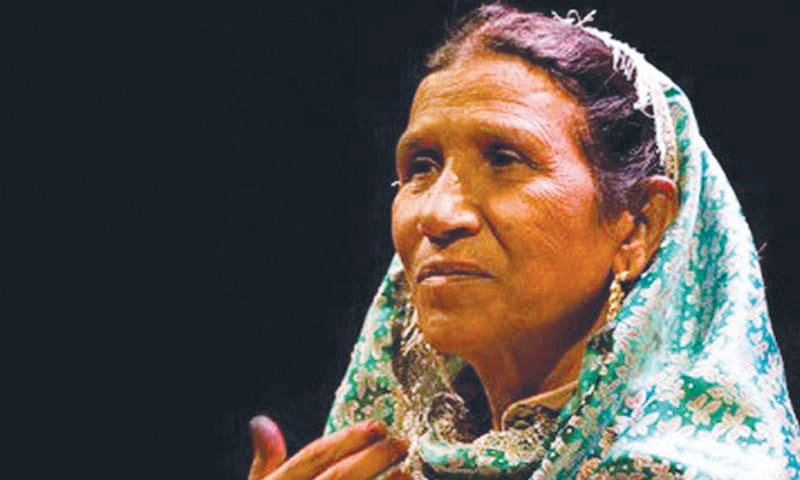 Sain Zahoor is widely known for his folk music in Punjabi and Saraiki languages, coupled with a unique dressing and dancing style. Born in Sulaimanki, a village near Haveli Lakha of Okara district in Punjab, Sain Zahoor started singing in local cultural events and religious festivals at shrines across the province.  With the launch of the Coke Studio, he garnered fame in no time, while his unique style of singing and playing his decorated musical instruments made him popular outside Pakistan too.

His most popular songs include: Allah Hoo, Nachna Painda Hai, Aik Alif, Maaye Ni Main Kinu Akhan and Dil Da Kabah. Sain Zahoor has performed in Norway, Belgium, Dubai, Malaysia, China and India. Indian film actor Amitabh Bachchan is among the diehard fans of Sain Zahoor and met him when Zahoor was on his visit to India. Sain Zahoor has also been given the Pride of Performance Award in 2020 and the Best Voice of the Year Award by the BBC Music in 2006.

Hailing from Khyber Pakhtunkhwa, Zarsanga is a Pashto folk singer and is commonly referred to as the Queen of Pashto Melody. She is also the recipient of Pride of Performance Award and her famous songs include: Da Bangriwal Pa Choli Ma Za, Kht Me Zanzeri De, Rasha Mama Zwi De, Zma Da Ghrono and Pana Yara.

Catch all the Bold News, Breaking News Event and Latest News Updates on The BOL News

‘My anger is my fuel’ - Maryam Akram

Ali Tariq to hold a music show for girls

The outspoken trailblazer of US folk-rock

Off to a great start

Full Coverage
In The Spotlight

Would you like me to read the next story for you. Master?